By Mzansicelebritynews (self meida writer) | 4 days 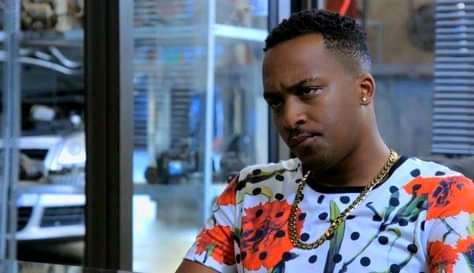 Uzalo viewers have would be very devastated at the news of their favourite actor, Mastermind.

When TK Dlamini, made his return to the screen on Uzalo, viewers were very happy to see him again. Indeed it turned out to be what the producers of Uzalo wanted, to have viewership increased. However, all that will now change as viewers will face the sad time of losing their favourite actor.

It has only been just three weeks since Mastermind returned on screen and justlike before, he kept people talking and praising his character. He kept many people's eyes glued on the screen which is why it will be very sad for his viewers to say goodbye.

There have been lot of speculations and rumours about his role on Uzalo as others stated that he is leaving Uzalo. Fans were convinced that he would be returning to the show but this seems to not be the case for TK DLAMINI.

Uzalo fans were vey sad to see MaNgcobo leaving but they were comforted by knowing that Mastermind would be back.

However, they were in for some more disappointment as TK revealed that Mastermind was only meant to be back to a few episodes. He is not going to be a regular on Uzalo again.

He was responding to a tweet who asked if they had been taken for a ride since Mastermind is not on the May teasers of Uzalo of which he replied in a tweet and said :

"That was the arch... Mastermind was only back to assist MaNgcobo and leave again. Thanks to everyone that watched."

Viewers felt betrayed and really thought that they would be seeing Mastermind regularly on screen again. It was not meant to be and he's still not going to return.

Updates: Aka Just Posted A Massage That Had Him Trending, See This, He Is Still Trending

Organisers Of #KaizerChiefsProtest: ‘Chiefs Fans Are The Laughing Stock Of SA’

AKA reveals that his late fiance was carrying whatever past traumas before they met. Read more