By Tshiamo_Jay♥️ (self media writer) | 10 months ago 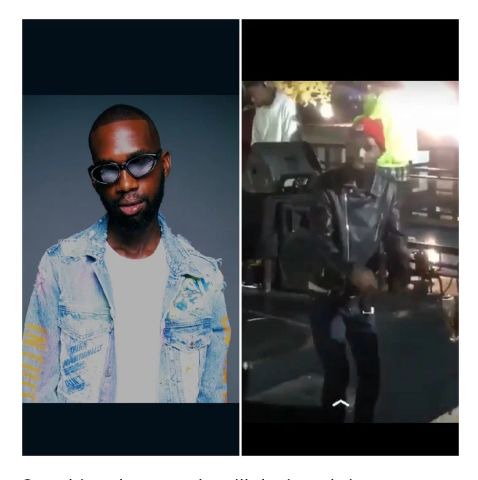 One thing that people will do, is to bring something up on social media if they suspect that there is something wrong about someone. Now, the story about Amapiano singer Jobe London has led to a lot of questions and there is one particular question that continues to come up, this mainly has something to do with Jobe's well-being. Is Jobe London okay? 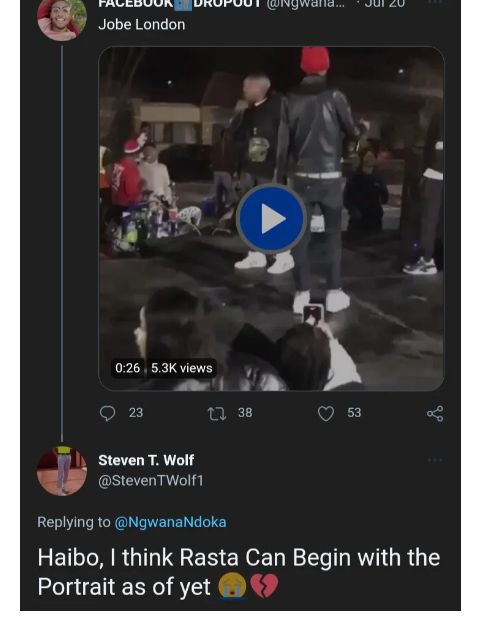 People have been asking themselves about Jobe London because he looks so unwell and people are very worried. There is a video that is currently circulating on social media where Jobe is seen walking off the stage.

It seems like he had just performed or something, as he is getting off the stage, someone gets him to dance and that is what he does, he started dancing. 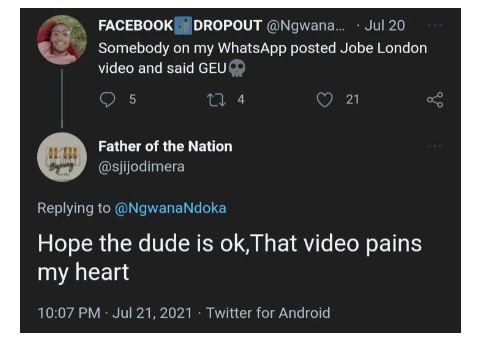 As he was dancing, one could tell that Jobe is really not himself, we know that he is naturally a skinny guy, but it looked like something was not right, he lost a lot of weight.

He was not the energetic Jobe that we all know when he is on stage and what is even more concerning is that there had been claims that Jobe was not well, health-wise but Jobe has not said anything about the rumours. But then, that is one thing that we cannot be sure of, he really has to come out and say it something, just to clear everything up. 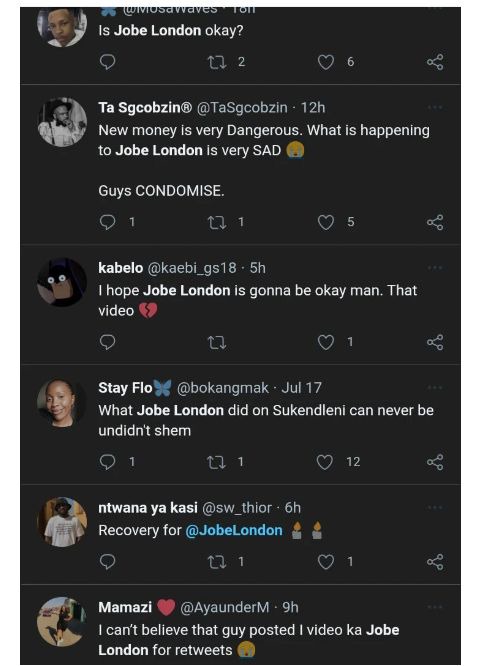 People now have their own presumptions about this Jobe case and that is bound to happen if you are a celebrity, but some people might have taken things way too far.

There are those who started making mockeries about this whole ssga, someone mentioned how painter Lebani Sirenje also known as Rasta The Artist should start with the painting of Jobe. 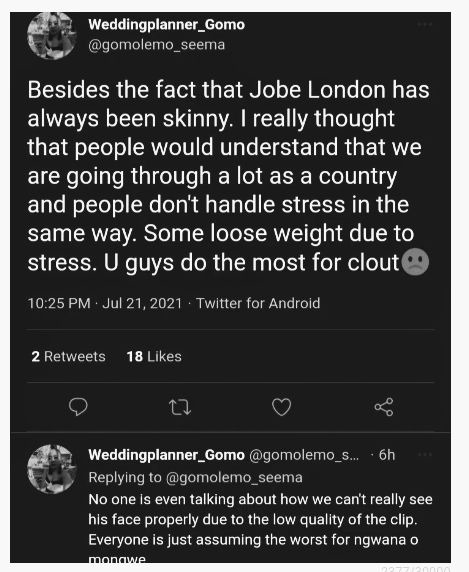 That is really heartbreaking because as you might know, Rasta The Artist is known for painting portraits of celebrities and other public figures who have died.

For the person to say that, he mostly assumed the worst, which is sad, it could be that Jobe is not well and if he is, what do these people expect him to feel like when he sees all these negative comments about him? 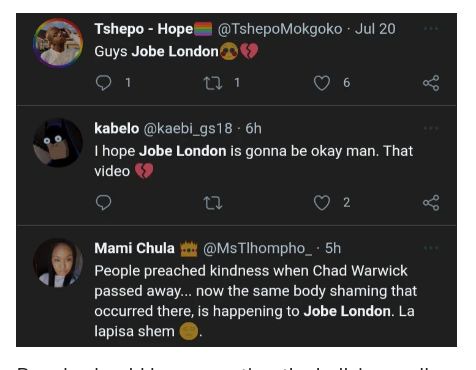 People should be supportive towards Jobe, the bullying really has to stop, things have gone way too far now, saying mean things about someone who could be unwell is just inhumane.

What do you think about this? Please share your thoughts. Go t

Content created and supplied by: Tshiamo_Jay♥️ (via Opera News )