By Winny_phaahla (self media writer) | 10 days ago

South Africa had a good musical weekend with the likes of Chymamusique and Dustinho releasing their albums. With Chymamusique releasing his album titled "Musique" meaning Mmino in Sepedi, fans took to social media to congratulate the artist on the wonderful job he has done on his project. 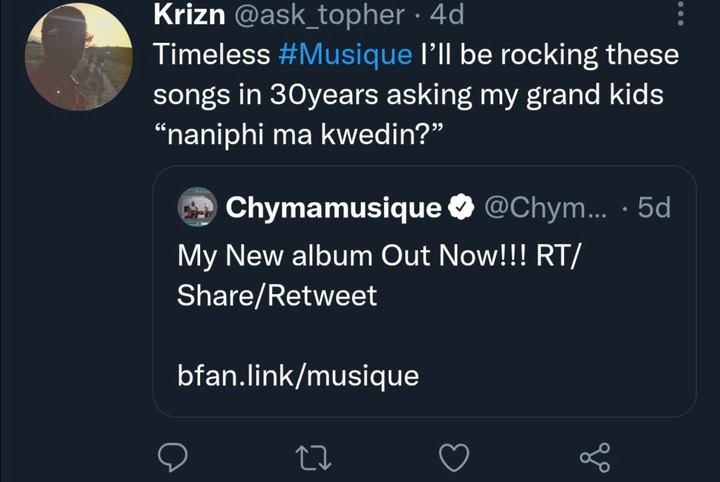 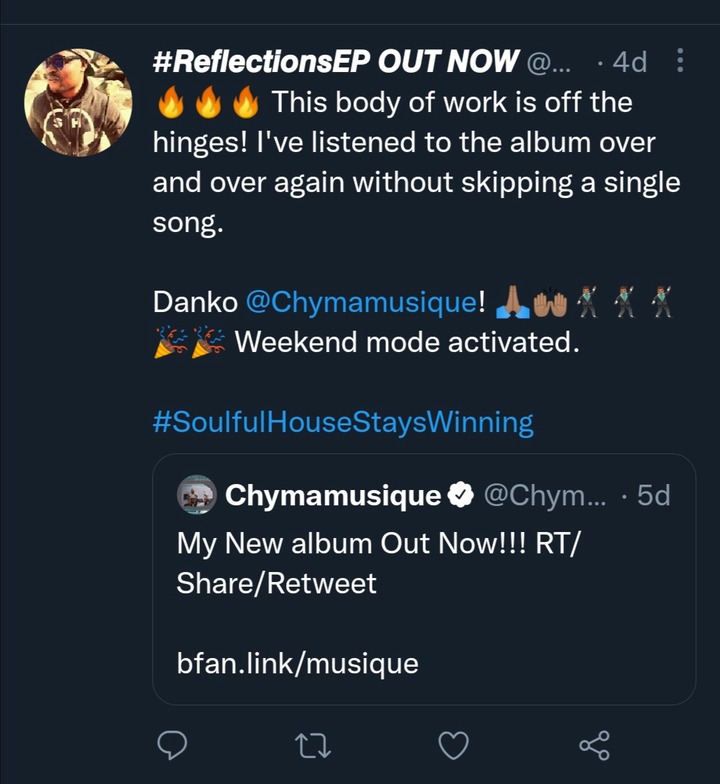 This album peaked at number 1 on ITunes for 5 days and counting. On a space hosted by fans on Twitter Chymamusique reveled that he initially wanted to drop an Ep instead of an album but one thing led to the other when he started digging his old unreleased songs.

Dustinho also released is album titled "Once every blue moon on Friday the 1st of October 2021. South African soulful house heads were left amazed with the talent this young artist is packing. One fan went on to say that "no one in their right mind can deny Dustinho's prowess". His album peaked at number 4 on iTunes and stayed within top 10 for 3 days straight. Fans also left positive messages for this young producer. 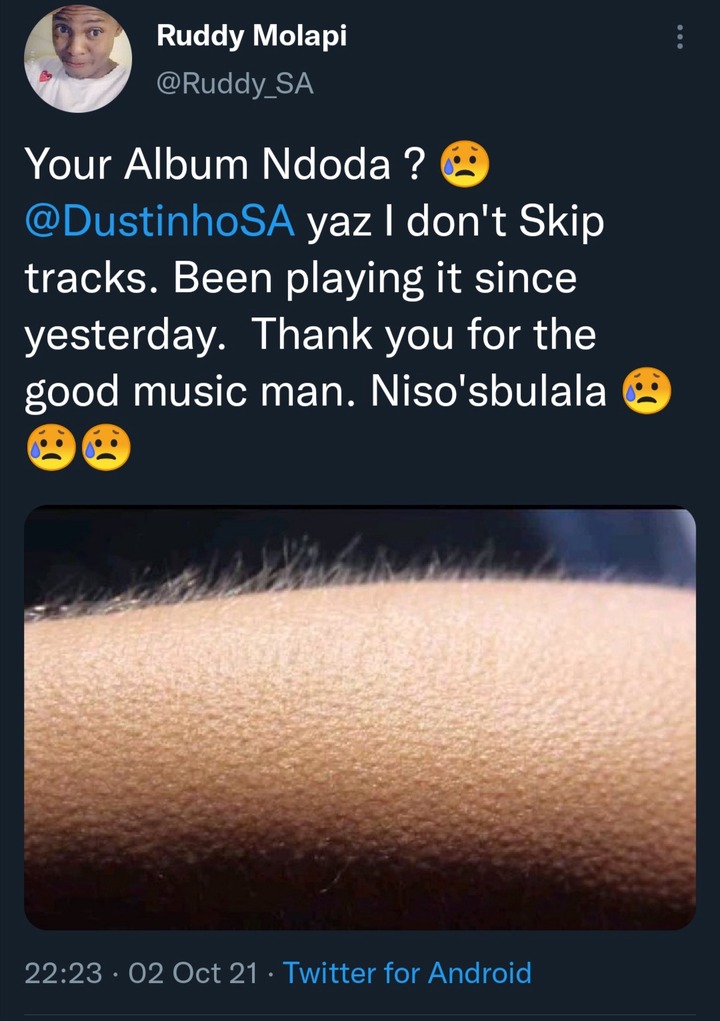 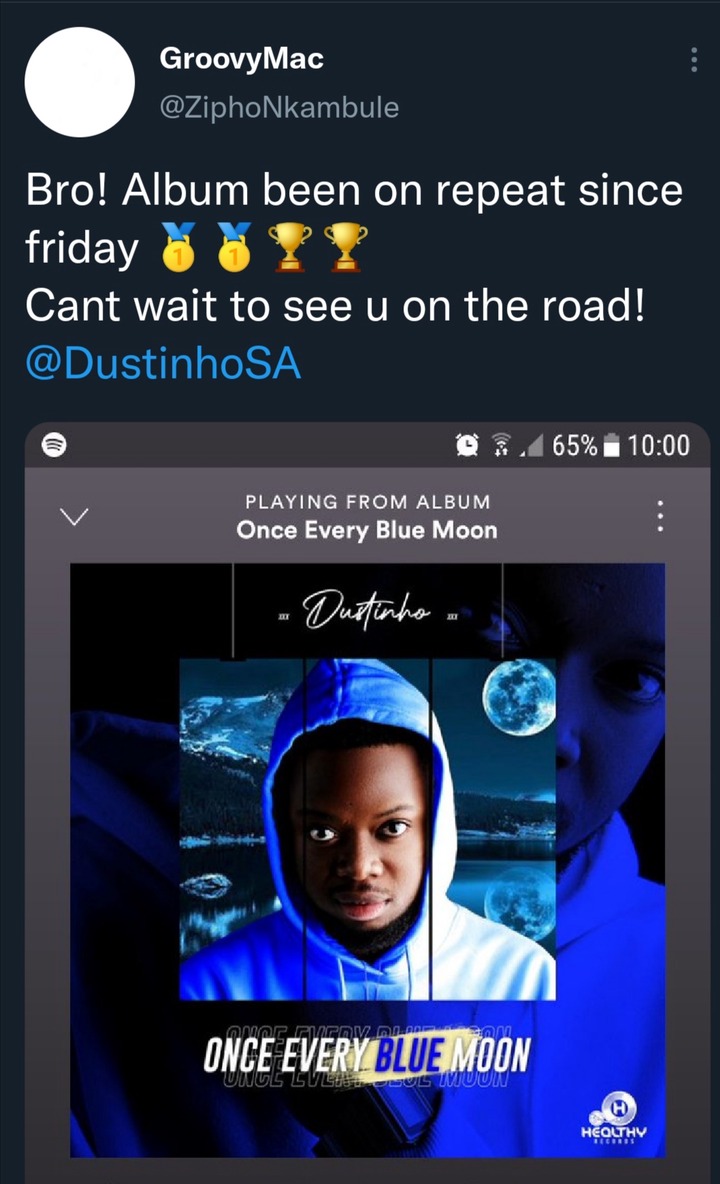 Their albums are available on every digital streaming platforms.

Content created and supplied by: Winny_phaahla (via Opera News )