SkeemSaam Actor popular known bynhis character role Thabo Maputla has taken break from acting. Last night he was saying good to the whole Maputlas including his newly wife Mapitsi. He departure left mzansi including the cast members in tears. It was a sad moment to see him and Mapitsi share tears. 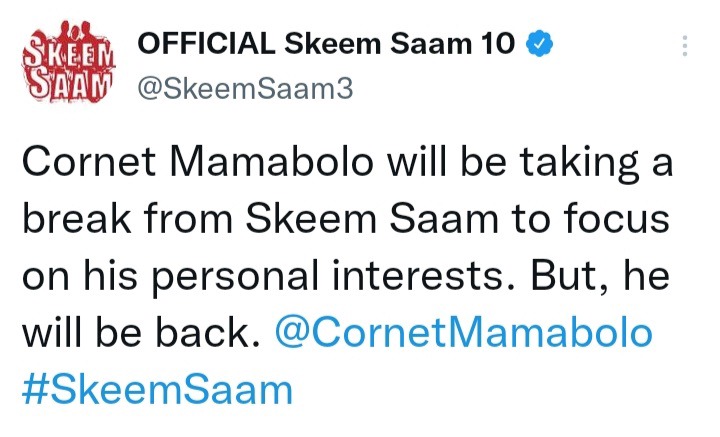 According to SkeemSaam Twitter page Cornet Mamabolo will be taking a break from Skeem Saam to focus on his personal interests. But, he will be back that's According to the SkeemSaam page.

SkeemSaam fans were left heartbroken after hearing the news that his taking a break from acting. SkeemSaam viewers have been throughing question to the actor after some confusion. Fans couldn't understand what was happening either he was living for good or he was taking a break.

"So acting was not his personal interest? Pls balance me apha yoh". 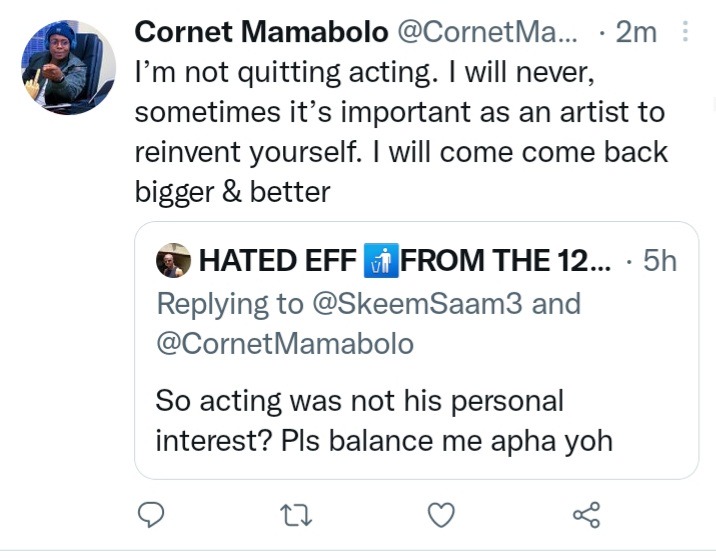 Actor Cornet Mamabolo, who plays Thabo Maputla on Skeem Saam, has announced he’s officially going on an acting hiatus to focus on his business endeavours. The actor Cornet Mamabolo took time to respond to his fans in twitter who are asking him if his living or taking a break.

"I’m not quitting acting. I will never, sometimes it’s important as an artist to reinvent yourself. I will come come back bigger & better" He said 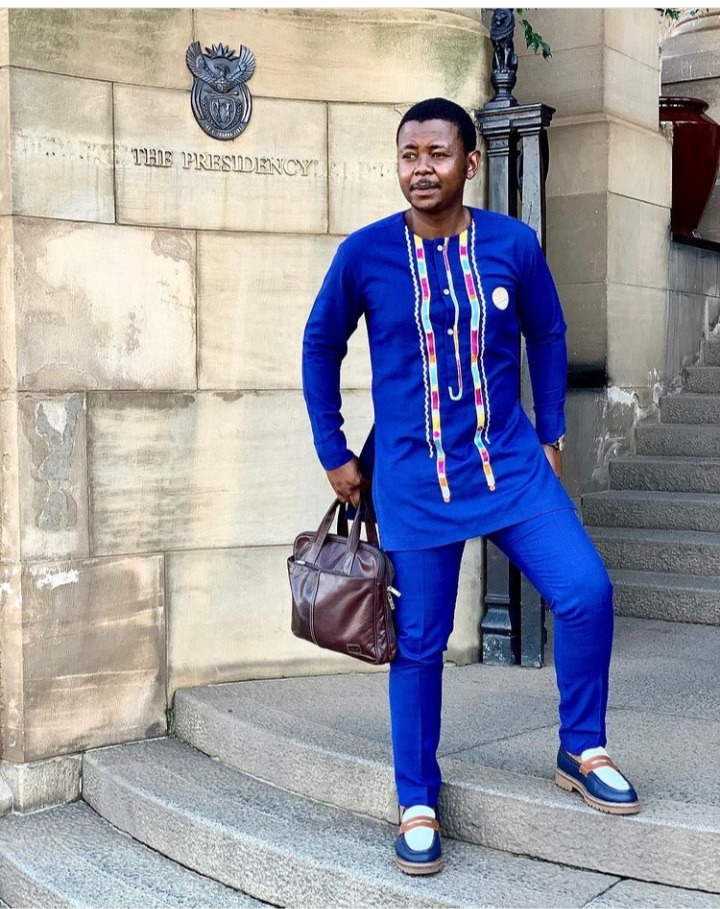 Taking to Instagram on Tuesday, Cornet Mamabolo have officially taken a break from acting as Thabo Maputla. He has thanked all the viewers who supported him throughout his career path in acting. He had revealed that his taking this break to focus on his insurance business "Digni financial services" 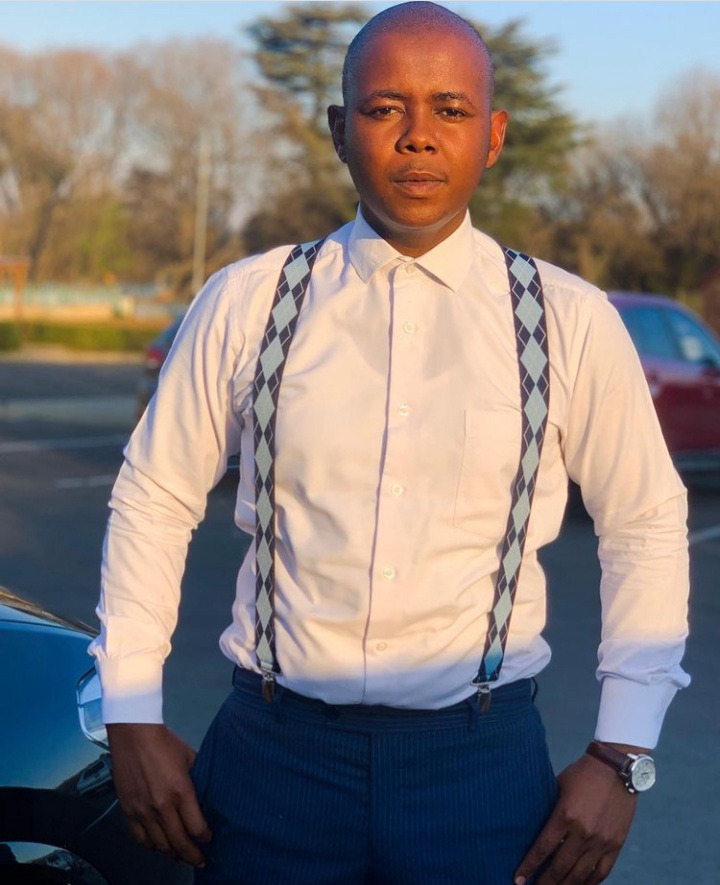 The actor has joined SkeemSaam in 2011, he has grown up to the man he is today because of SkeemSaam. SkeemSaam has given him opportunity to grow and be matured as he is now. Thabiso Cornet Mamabolo is also the founder of Digni financial services, it was founded in march 2014 by him and his business partner Jonny Modiba. Thabiso is a man of many amazing talents and qualities, and he uses business and art to communicate.