‘The Daily Show’ is taking a break, Trevor Noah announces

Trevor Noah, a South African-born comedian and host of The Daily Show, has announced that the show will take a vacation while they figure out how to develop a new "in-person" Daily Show experience in the near future.

The presenter of The Daily Show delivered a touching greeting to the audience to announce his summer break, which would last until September.

Trevor announced the sabbatical on social media, explaining that it was vital for him and his crew to find out how to reconstruct the show to match the new normal.

"You may have heard and you may have not heard that The Daily Show is gonna be taking a break over the summer,” Trevor announced. 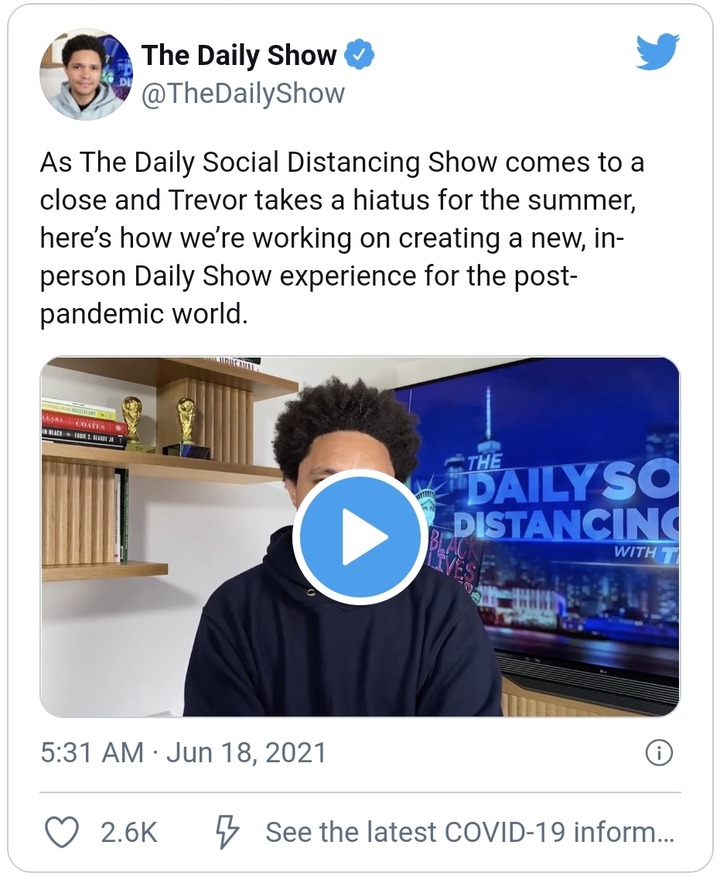 The comedian stated that he did not want his viewers to be concerned because new information would be published to the internet even during the commercial break.

He encouraged fans of the show to follow them on social media and keep an eye out for an announcement soon regarding how the show would be handled in the future.

It's unclear how the comedian will return, whether he'll return to the studio or in what form, but he has stated that he will.

The late-night show will go on hiatus until September 13, according to Comedy Central. 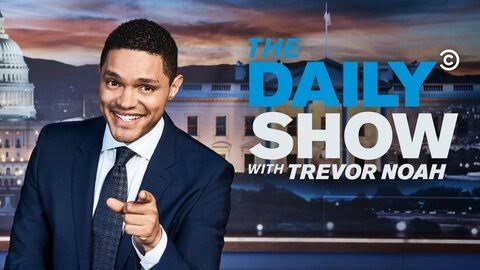 Content created and supplied by: Tman007 (via Opera News )