Jub Jub’s highly anticipated tell-all interview on MacG’s Podcast and Chill went down as one of the most captivating interviews in Mzansi. 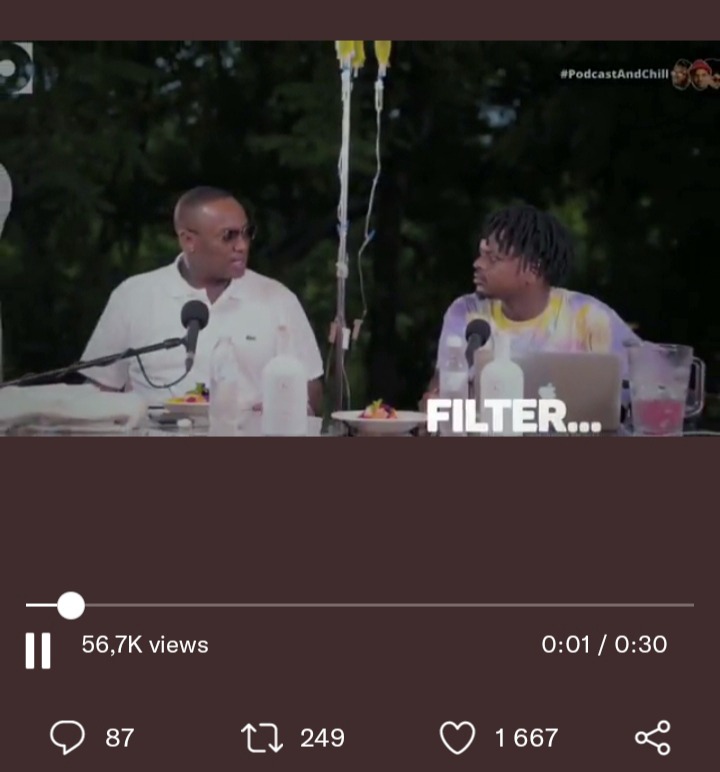 The Uyajola 9/9 presenter spoke about his exe’s, Amanda du Pont, the mother of his child Kelly Khumalo, and how he survived jail by becoming a pimp and joining a gang. Jub Jub said that he is tired of being quite and the interview is just a piece of so many more stories he has to share with us because he has "files on everyone".In the interview he revealed that he survived jail by joining the ’26 gangsters’ and he was ‘pimping’ four girls. A bit shocking considering the fact that he acts like he is a prim and proper man who treats women well. 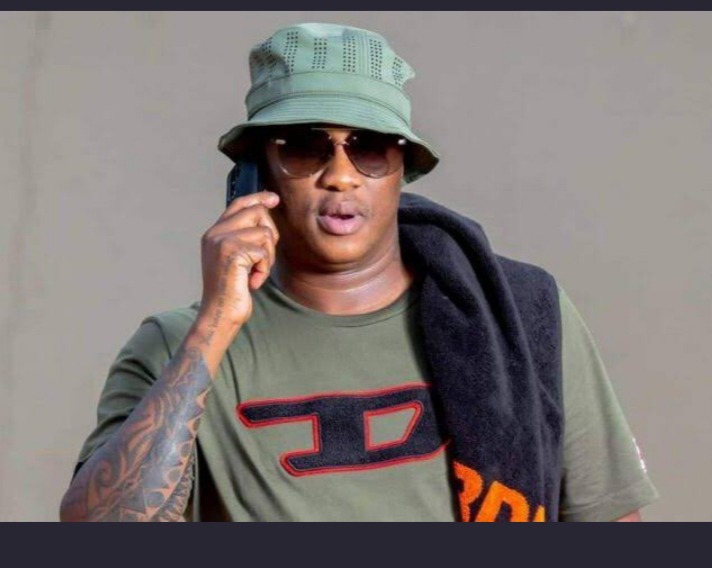 As if that wasn't shocking enough jub also confidently revealed or made allegations rather ,about Kelly Khumalo saying that she uses ‘muthi’ which is why most people who have been with her end up dad or find themselves in unfortunate situations. Given that he landed himself in prison while in a relationship with her it sounded to me like he was blaming her for that too.He further said that he finds it funny when people look at celebs and see ‘Gods or role models but they are far from that.’ 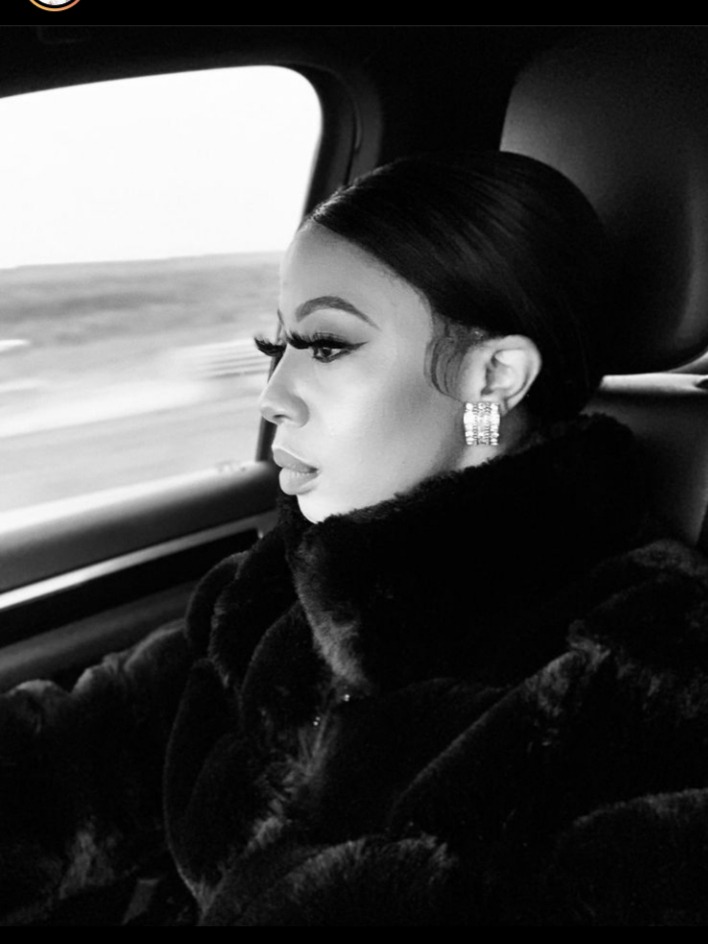 Jub probably thought it was all fun and games , saying all of those things to drag other people's name's through the mud.He found equally fun to remind people of his past relationship with Amanda Du Pont l, little did he know that this file would lead to a whole lot of folders being opened.

Amanda du Pont came out with a folder of her own from that file ,one she had tried to forget and kept quiet about long enough.In an emotional post, Amanda du Pont said that Jub Jub raped and abused her physically and emotionally for two years. 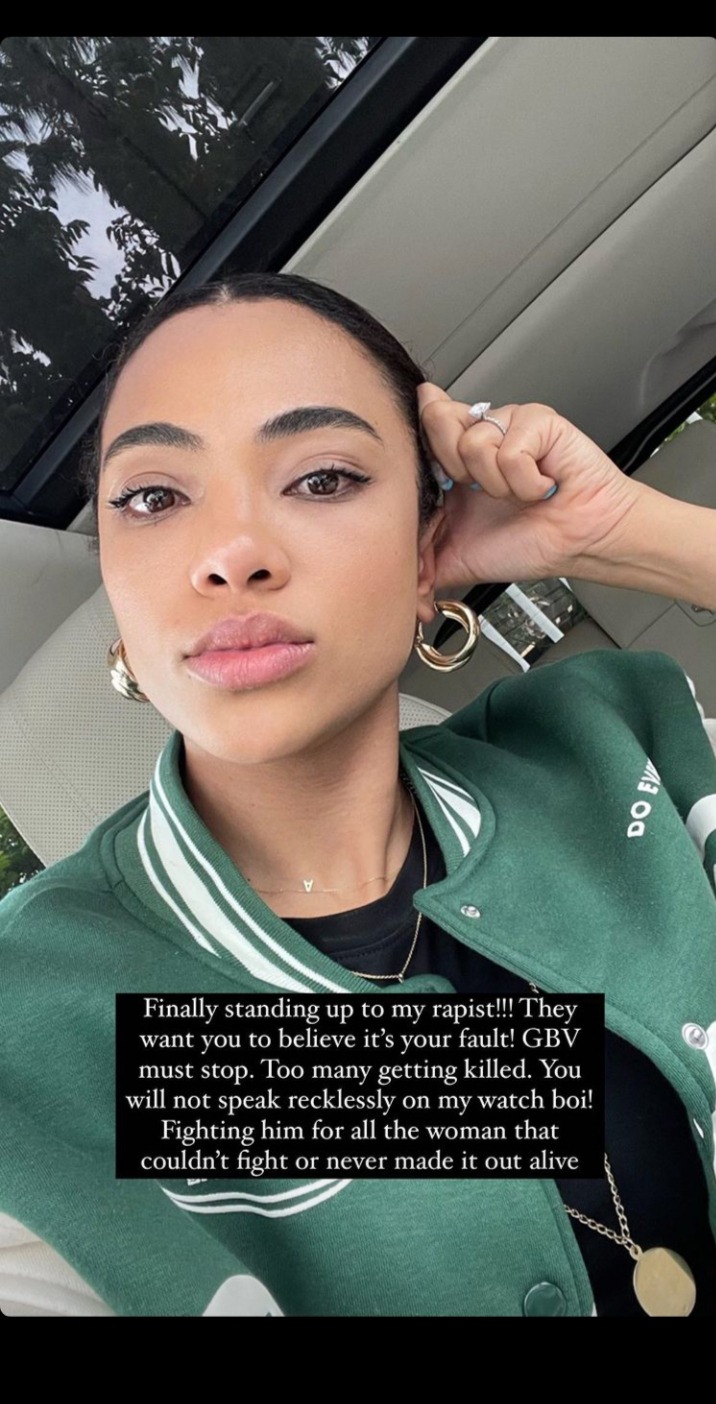 The caption on her video read “I was raped, physically and emotionally abused for two years by Jub Jub. The only thing I did wrong was keep quiet. But that ends here I will not be publicly ridiculed by this criminal. Him and Mac G saw it fit to drag my name on their podcast for clout at the cost of amplifying a Gender Based Violence Case.So no you didn’t smash me, you forcefully opened my legs and you forced yourself on me numerous times for two years. The most painful part of all of this was that I was a virgin and I told him at the time. I told Jub Jub at the time that I was a virgin and I planned to be a virgin until the time I got married,” 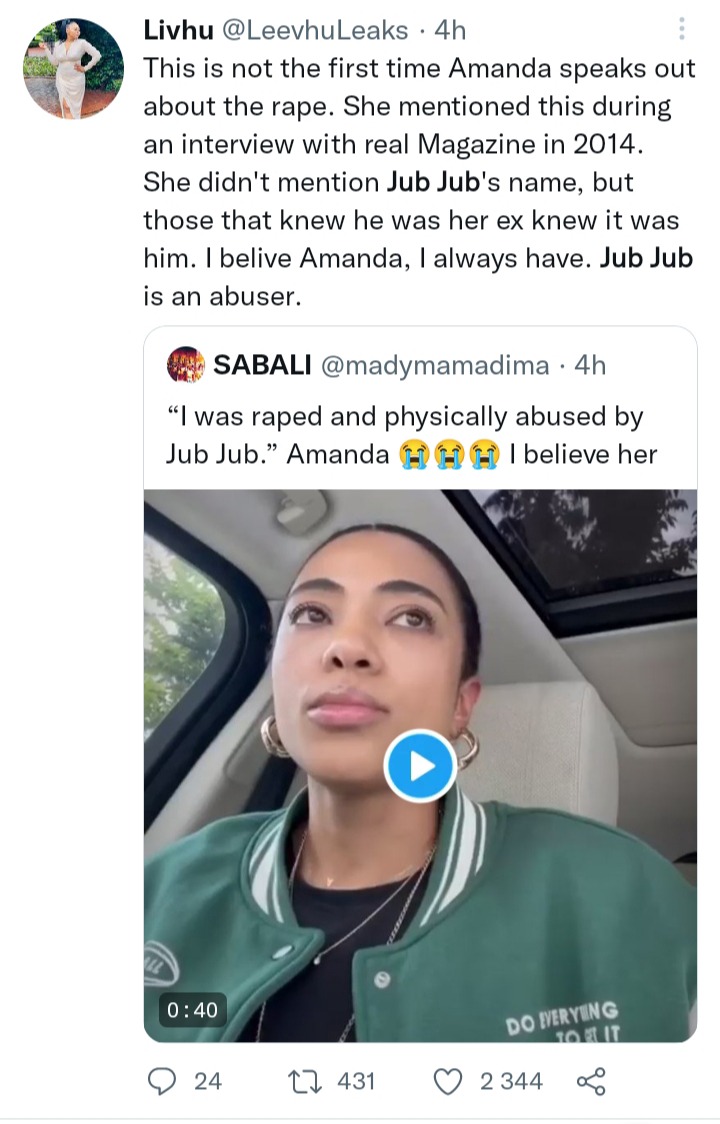 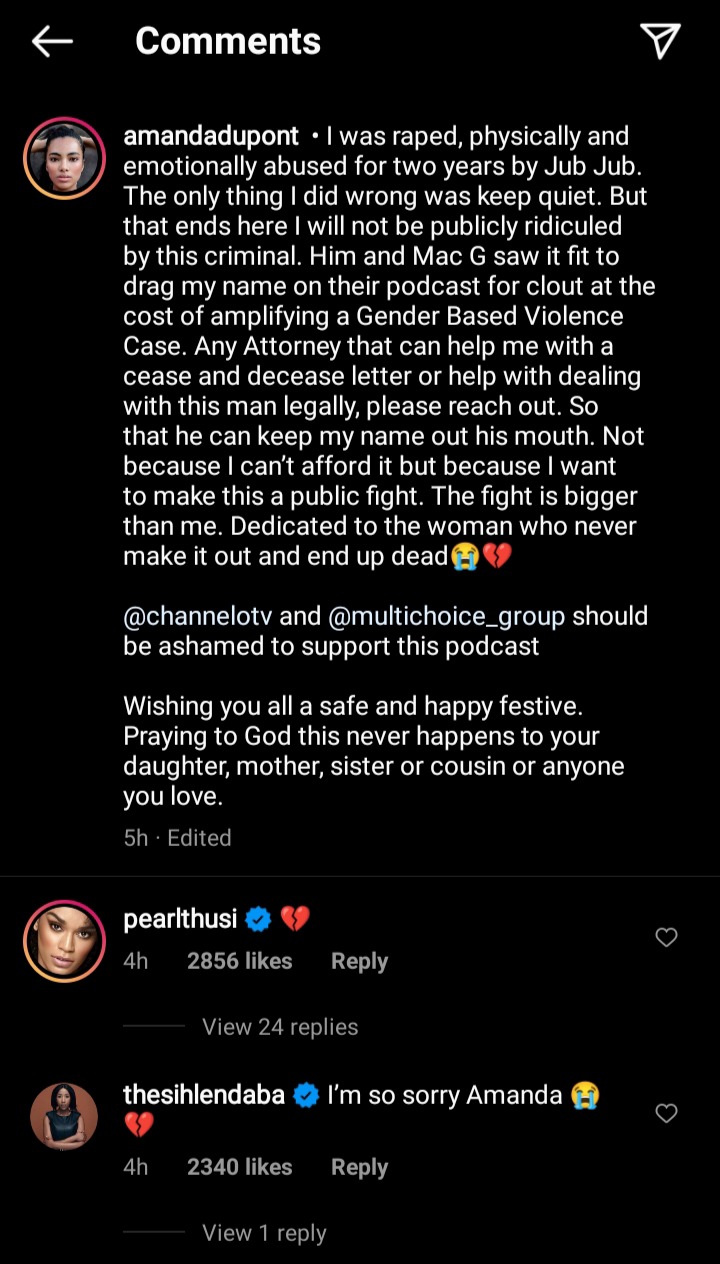 “So it is not true. I didn’t leave because I saw a picture. I left because he tried to kill me and I have always been afraid to leave because of the treats that were made but at that moment where he tried to kill me I knew the very thing I was afraid of, which was dying… I knew was meant to happen that day and I actually got away,” she continued.“When I got away I went to the police station to try and open a case of abuse and rape and attempted murder. The police officer said to me to go home and think about my decision because he is so sick and tired of women coming to him with their boyfriends and husbands only having to take them back,” 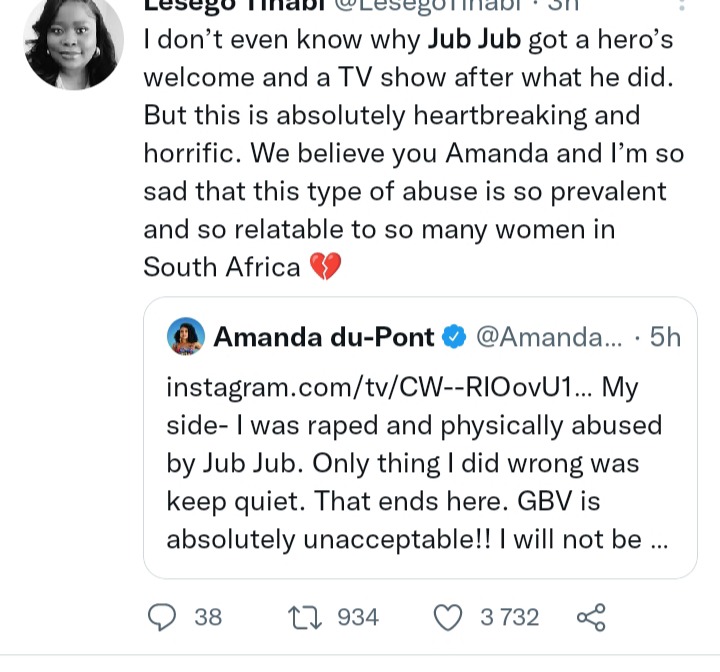 We can never really be a hundred percent sure who's telling the truth or not but Amanda sounded like she was telling the . Having had spoken about being raped in some interviews years back helps her case more .jub jub on the other has dug himself so deep I don't know he's going to get out ,fans are already pulling out old files , pictures of Kelly's face badly beaten , allegedly by him.if this is all true and trust me it looks like it is he deserves to go back to jail and rot there this time even though it sounds like he was living the best life an inmate can as a pimp in there. 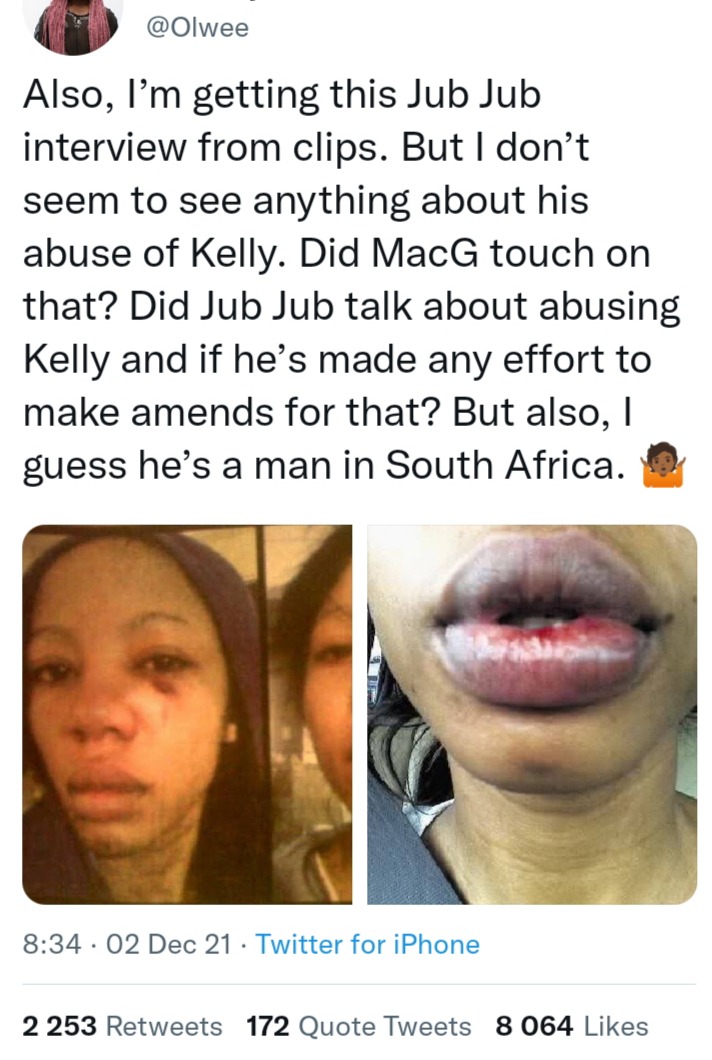 Sithelo Shozi Says She’ll Be Using Witchcraft To Get Men