Something Soweto: "No thank you" to Maphorisa after he congratulated him for his SAMA nominations.

By TlhagoM (self media writer) | 1 year ago

Something Soweto whose real name is Samkelo Lelethu Mdolomba is a singer and songwriter. He became famous with his song Akanamali. Which was his breakthrough song. He was the fourth member of the group The Soil. He left the group before they became famous to start his own solo career. 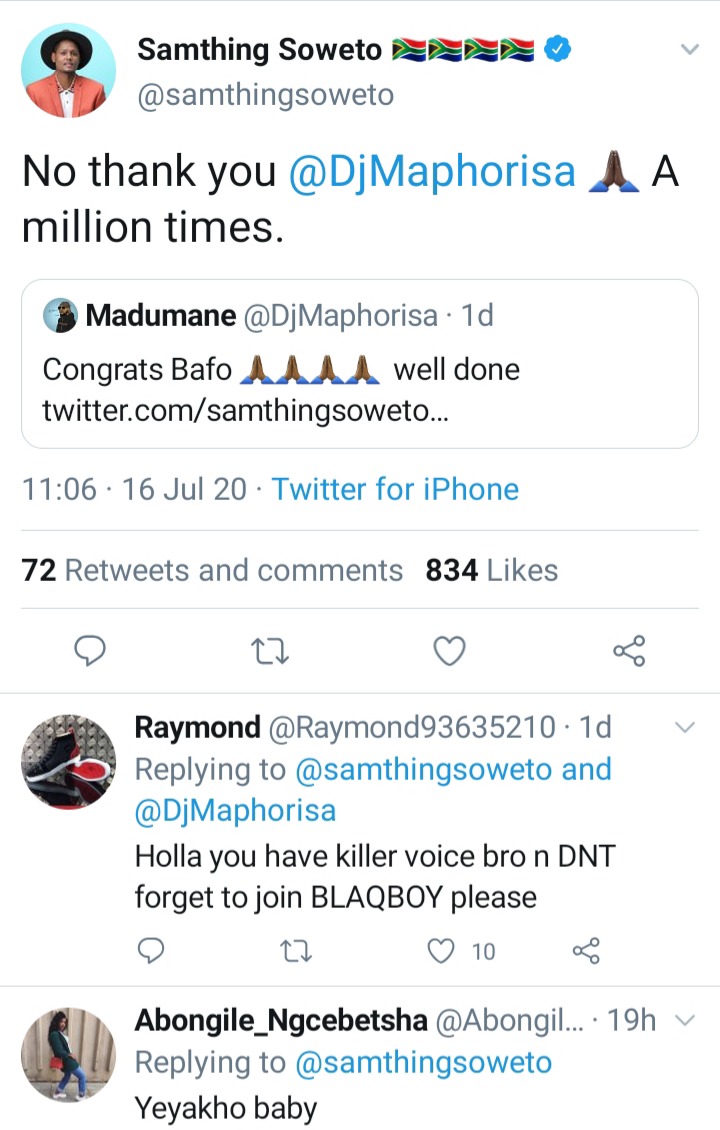 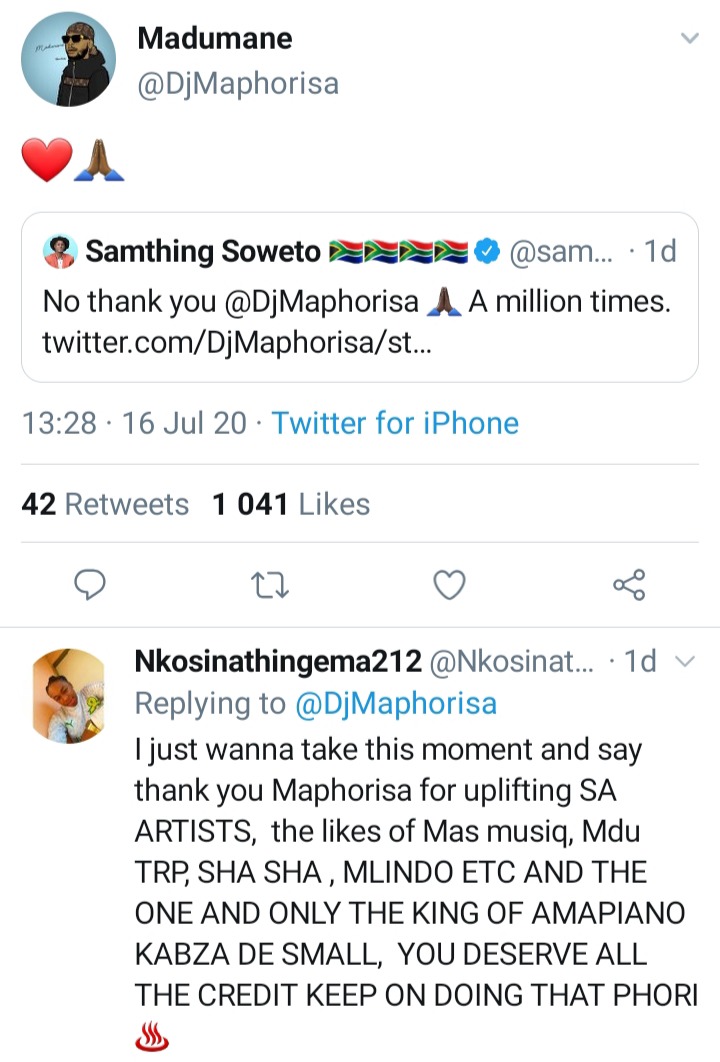 His other song that shock mzansi was Akulaleki which he is featuring BET award winner ShaSha. The song went on to peak number one on local apple music. It made people dance the whole of December last year and still does even now. 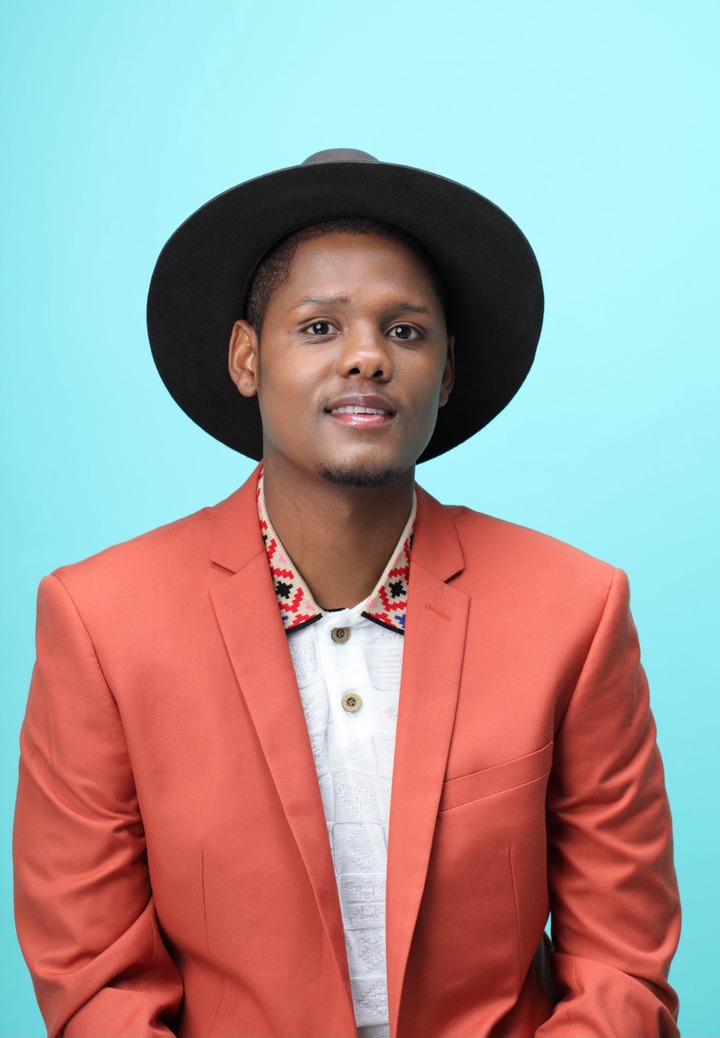 It is believed that DJ Maphorisa rescued him and is partially one the reasons why he is a big artist. He is nominated for few awards in the South African Summer Awards(SAMA). Which Maphorisa is against them for robbing many artists of nominations. Something asked his fans to "wish him" luck on his nominations and Maphorisa congratulated him. He replied by saying "no thank you a million times". Which he is thanking him for his success. 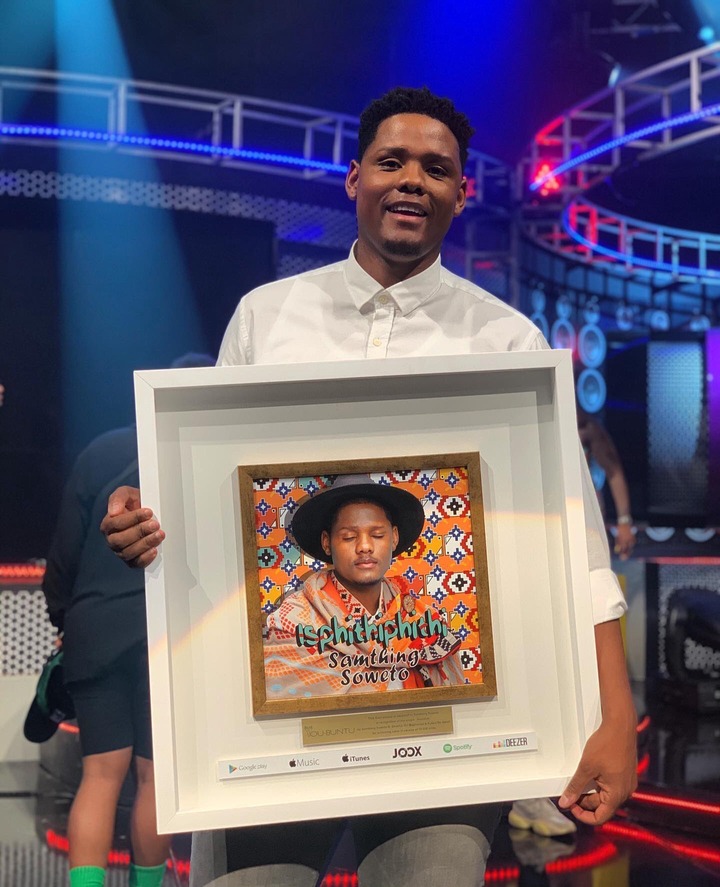 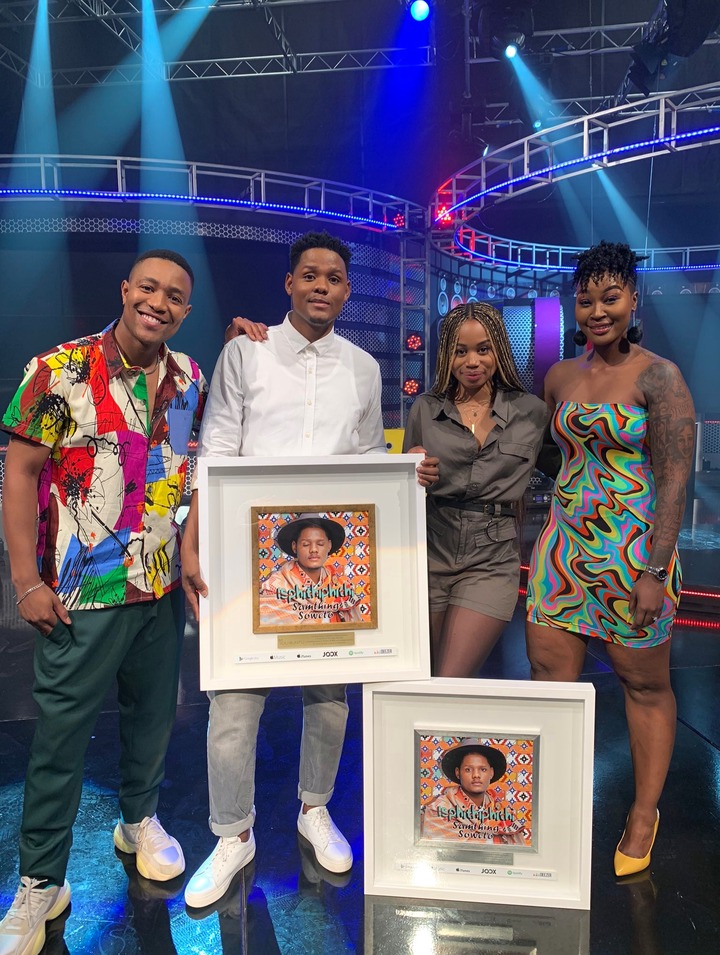 Content created and supplied by: TlhagoM (via Opera News )