Kim Kardashian hailed the ‘Queen of TikTok’ in makeover video

By More_Mabandi (self media writer) | 13 days ago 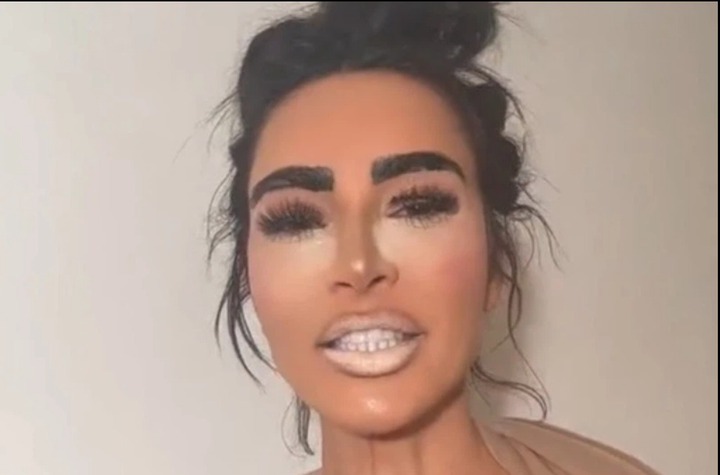 Kim Kardashian has a reputation for learning a few makeup tips from renowned friends and makeup experts over the years.

But this most recent TikTok video wins hands down!

The business tycoon and television personality enjoys switching up her appearance.

Few, though, anticipated what she would propose next.

The 42-year-old Kardashian participated in the current "chav" fad in a recent TikTok video, and the outcome is amusing.

According to MailOnline, "a chav" is a youthful lout who is viewed as having "lower class" taste and a predilection for sportswear and flashy jewellery. It is the British equivalent of American trailer trash.

The reality star began the video by chewing bubble gum and bunning her hair.

Before applying the foundation, she filled in her brows with a black pencil to give them a blocklike appearance. 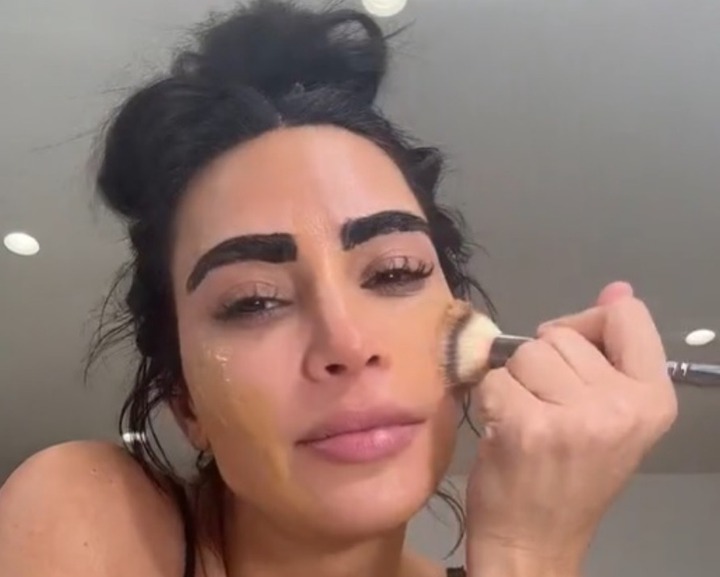 She applied an excessive amount of light concealer around her eyes and barely blended it in before applying the incorrect foundation colour all over her face. 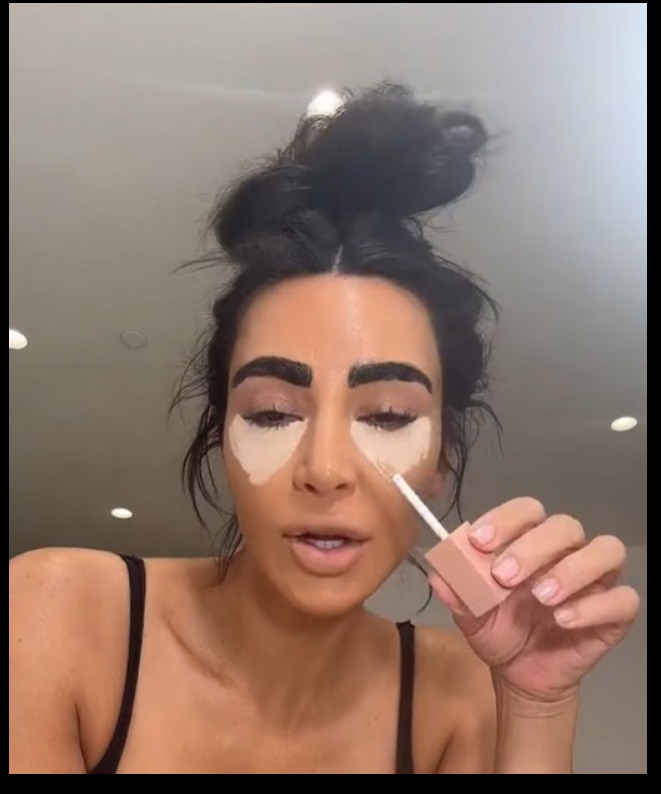 Before applying the contour, she sealed the appearance with white powder.

Before showing her finished look to her 12.7 million followers, Kardashian finishes the look with a liberal application of neon pink blush on her cheeks and concealer applied on her lips like gloss.

The mother of four designed her look, including her thick concealer and enormously drawn-on eyebrows.

Fans are present to watch it. According to MailOnline, they branded Kardashian "the inadvertent queen of TikTok."

Many people initially thought the video was a jab at her younger sister Kylie Jenner, but it has since been proven that North Kardashian was actually behind the whole thing.

This week's conflict with Jenner began early. Without mentioning SKIMS, the youngest sister shared a picture of herself on Instagram wearing a black bodysuit.

Kardashian responded to her sister's post in the comments section by requesting that she "tag" her business so that fans would know where the suit is from.

But Jenner retaliated, saying, "You want me to get promoted? I had to steal this from my mother's house!" Wow.”

Jenner did not change the post in response to Kardashian's prod.

Content created and supplied by: More_Mabandi (via Opera News )