Being successful as a musician also means creating a good stage image. Whether it’s a weird looking mask, outrageous make-up, or a dazzling costume, it makes the persona more recognizable.

These props add a little touch of a mystery to attract more attention and spark the interest among fans. But everybody wants to know what happens if we remove this scenic “armor” and try to see who lives behind it.

I decided to find it out and collected 7 photos of famous people in real life without their masks. 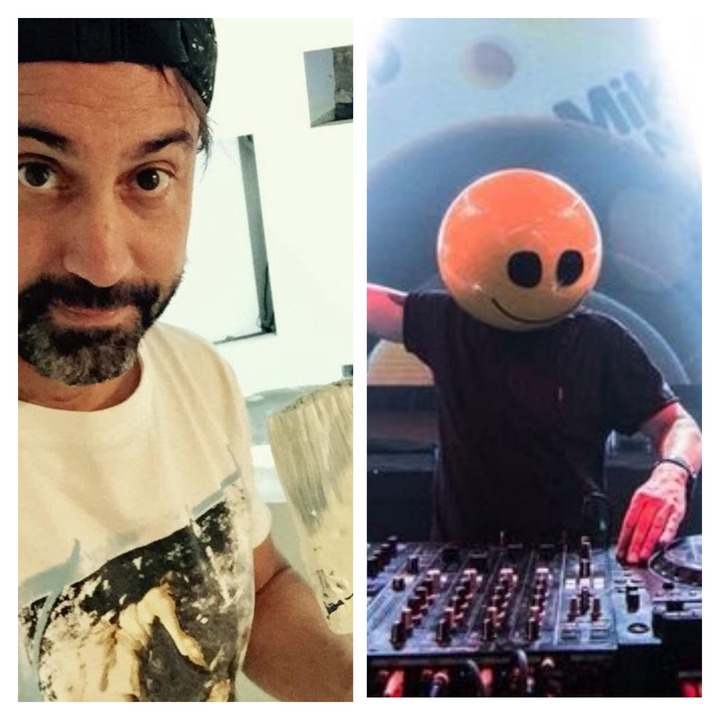 Just like many famous musicians, DJ Mike Candys is famous for his mask. With this giant yellow helmet, he looks like a living emoji. Mike Candys’ real name is Michael Kull. The music producer and DJ is 37 and he comes from Switzerland. He gained a lot of popularity with his remixes and was even in the European top charts for a long time.

Mike doesn’t want to just create music, but an entire show. His emoji helmet helps him when performing and entertaining his audience. The first concepts of the stage mask were dragon heads, but Mike decided to simplify everything and came up with this smiling emoji. 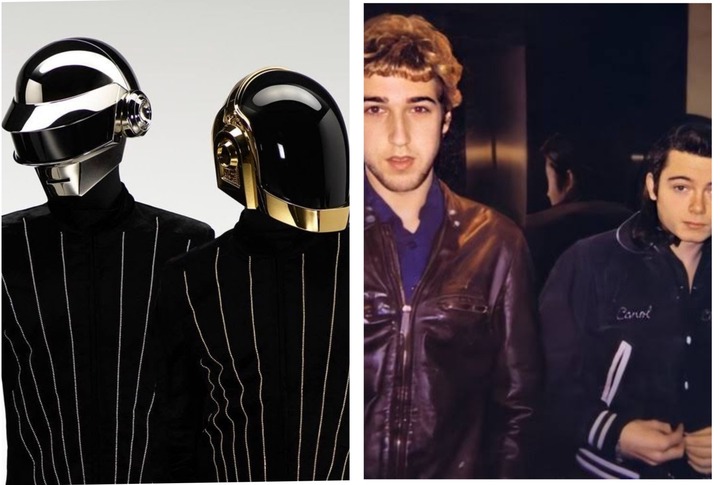 This music duo was formed in the early 90s in France. Their real names are Guy-Manuel de Homem-Christo and Thomas Bangalter. It might be surprising, but these guys hadn’t always had their helmets on. At the very beginning of their career they performed and appeared on TV without any costumes.

The first masks appeared in the late 90’s during their shows in France. Soon their stage image was developed and masks were substituted with futuristic helmets and classy suits. Nowadays it’s really hard to find their present photos without the “armor” since they come to any event very well-dressed and in full disguise. But in 2014 photographers managed to catch them on camera in the airport, after the musical couple came home from The Grammy Awards.

Slipknot wear their masks to drive public attention away from themselves and onto their music. “It’s our way of becoming more intimate with the music,” comments the vocalist. The idea of covering their face was brought up by one of the group members who would often bring a mask to rehearsals. The concept was developed further and soon matching costumes were added to their stage image. 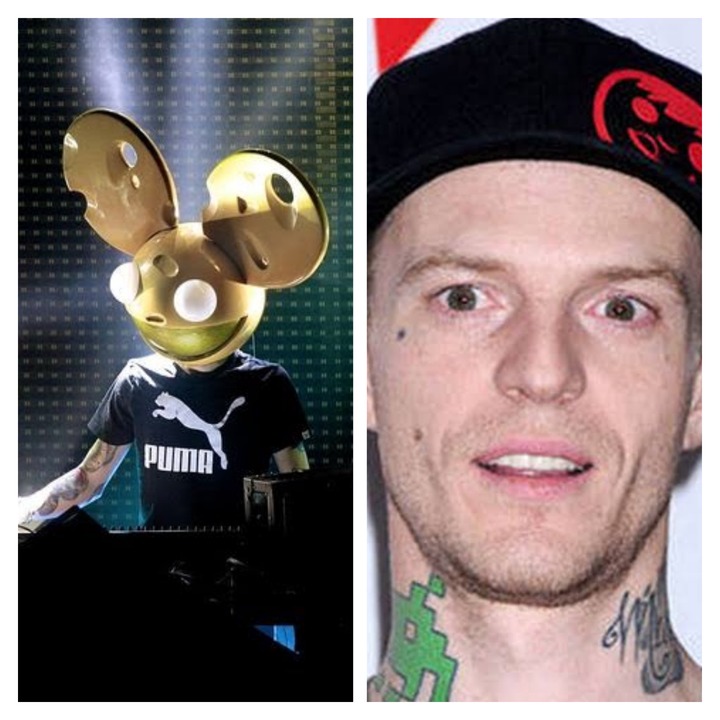 Deadmau5, a famous DJ from Canada with his collection of mouse masks in different styles, colors and sizes, can’t be left unnoticed. His music nickname was inspired by the body of a frozen mouse that he found in a computer he’d constructed. He created a helmet to support the name, and it became an essential accessory in his image.

The persona behind this customized huge mask is Joel Zimmerman. The huge tattoos related to video games and anime leave no doubts. Moreover, this DJ doesn’t mind removing the mask in many of his music videos. 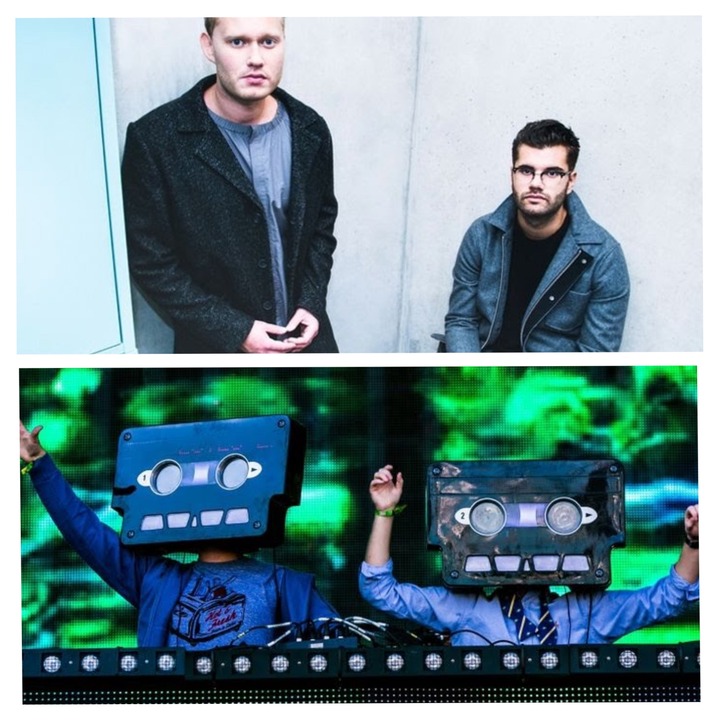 This Swedish DJ duo brought the fashion for enormous helmets to a whole new level. Much more like their stage name, they wear giant cassettes on their heads with winding circles as the eyes. This smart self-presentation attracts even more fans and interest to these musicians.

Their names are Alexander Björklund and Sebastian Furrer. In 2011 the DJs gave their first performance in Sweden. After reaching the top of the charts in their homeland they started to play worldwide, sharing their music with their fans on a global scale. If we even mention the words “overnight sensation” then it’s obviously about Marshmello. A few years back this talented guy, with a giant eye-catching marshmallow mask, launched onto the music scene gaining an incredible amount of fame very quickly. He has created a mystery about his real identity and this ignites the audience to want to get to know him even more.

There have been a lot of fake reveals by Marshmello himself: once he turned out to be Will Ferrell, another time — Shawn Mendes. Yet Marshmello’s real identity is Christopher Comstock aka DJ Dotcom. Both have the same names, birth dates, tattoo management, and identical music styles.

Also, in 2015 Skrillex had an interview with ’Yahoo!’ when his phone rang, and the voice said: “It’s Chris,” “Oh, Marshmello” — Skrillex responded. 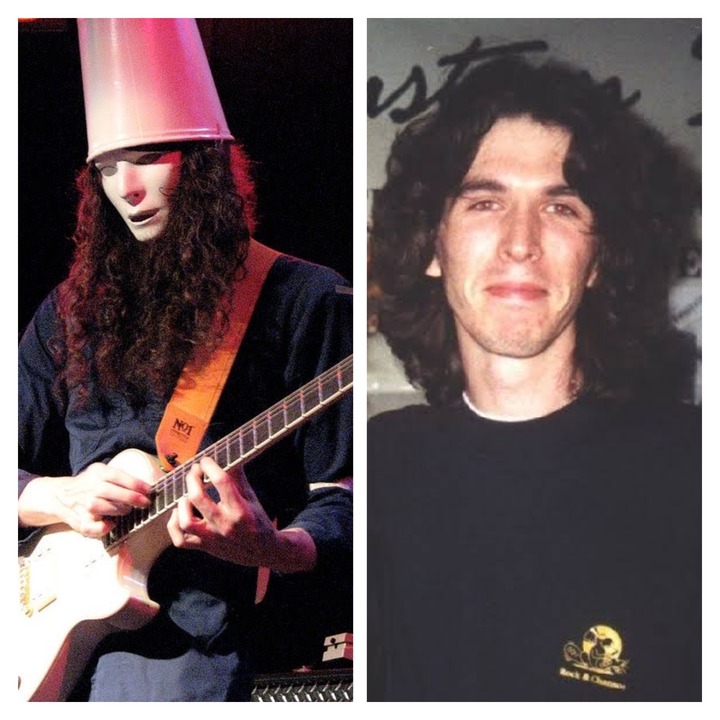 Talented multi-musician Buckethead is probably the most mysterious public persona nowadays. He is known for performing on stage while wearing a white theater mask and a bucket on his head. Buckethead tells fans his official creepy story: he was raised by chickens and one day the chickens scratched his face off, but it didn’t really matter to him. That just meant he got to wear a mask everyday like on Halloween. Now Buckethead travels the world giving huge performances and informing the public about the terrible things people do to his feathered-friends in fast-food restaurants around the world.

The real name of this “chicken-guy” is Brian Patrick Carroll. When asked about his mask by MTV News, Buckethead simply replied, “There is no mask.” The Internet is full of fake photos and reveals of Buckethead’s real face, but since he is so secretive, no one has actually ever seen him without his mask.