By MonaNews (self media writer) | 11 days ago

A woman has been accused of stealing her fiancé's automobile and mobile phone and fleeing the scene of the accident. It was Singer Olymax who made the claim in a viral video that has now gone viral. In his storey, his fiancée is said to have fled with everything he has, including his cell phone, car, and ATM card, which she reportedly used to drain his bank account in Lagos State of all the money in it.

Following the disappearance of his fiancée (to whom he proposed in February) and the theft of his car and phone, Olymax said he has been suffering from despair. In his accusation, she broke into his wardrobe and took away the original registration paperwork for his vehicle. Nigerians were enlisted to assist him with the recovery of the items he had mislaid.

Olymax stated that he met the lady while in secondary school, and that they later parted ways until they reconnected in December of this year (2020). He proposed to her around 3 months after they reconnected (in February). They had been living together at his apartment in Ikotun since then, prior to the terrible occurrence.

One Abimbola Omotosho was identified by Olymax as the lady in question. Initially, he claimed, the trouble began when she asked him to create a business for her. He refused, claiming he wanted to invest in his own profession first before doing so for her.

A short time later, when his video was made public, a woman in the photograph came forward to provide her side of the tale. 'He's a ritualist,' she claimed, and she has evidence to back up her claim. It was in Olaoluwa that they first met, when she was in JSS2, and it was in JSS3 that they parted ways until their reunion in December, she explained. 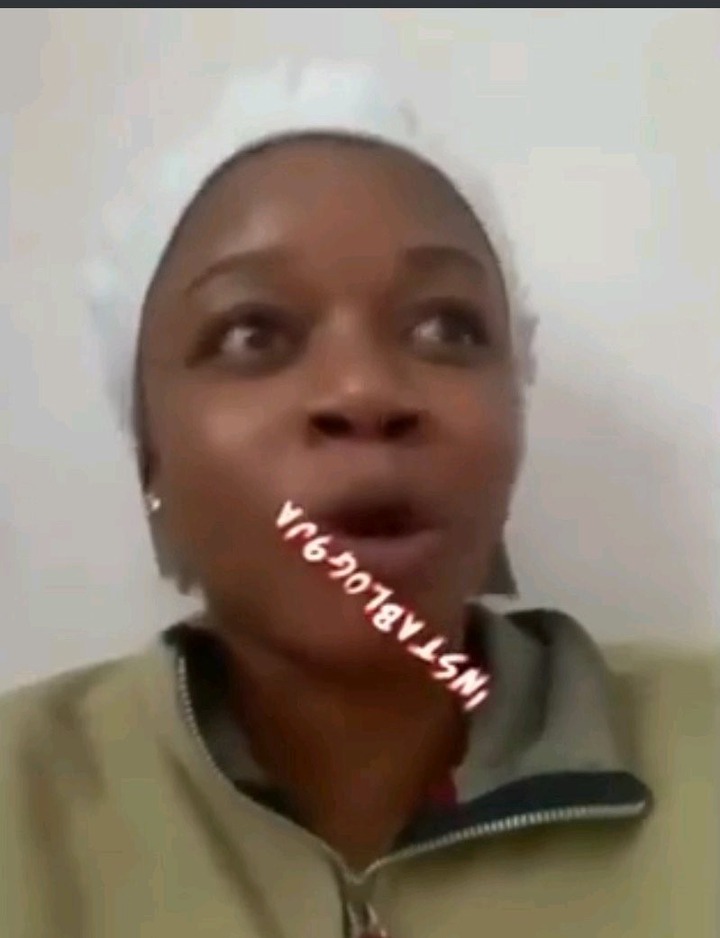 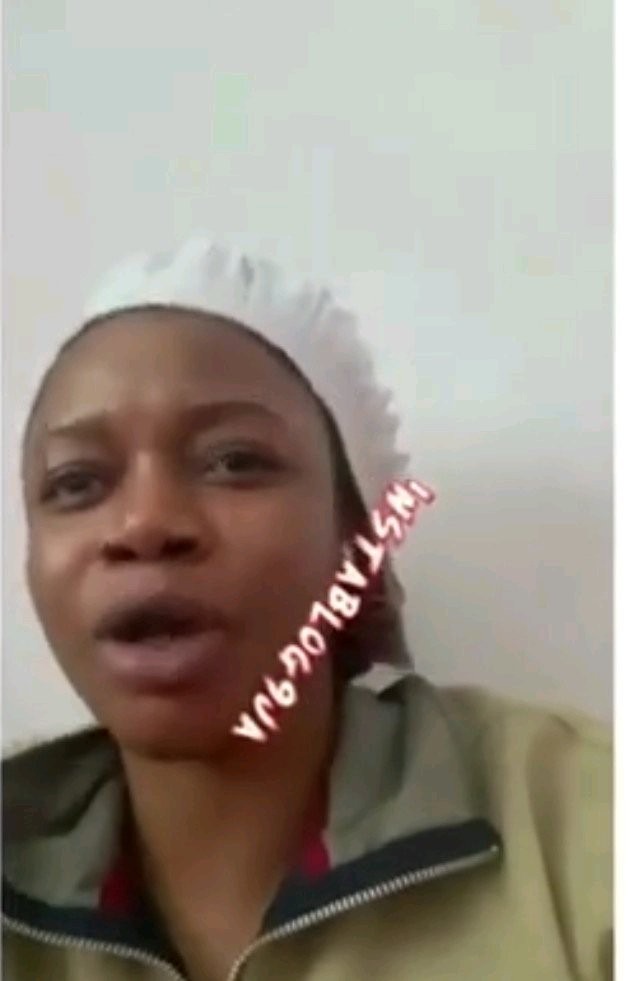 "...I saw him in December of last year, and I left his residence on the 27th of same month." When I asked him for money, he stated that the money had not yet been received and that I should be patient. As soon as the money is received, I instructed him to give it to me; he should not be concerned. This isn't about obtaining your financial assistance...

I became ill as soon as I arrived at my home address. I'm really baffled as to what occurred. He dialled my number and my friend answered the phone, and he inquired as to where Bimbola had disappeared to. Then she informed him that she was ill, and he responded by saying that he was on his way down and that we should wait. In the end, he showed up. In addition to taking me to the hospital, he began spending money from top to bottom.

He assured me that you would be OK, that you would not die, and that he would take care of all of the arrangements. Immediately after being released from the hospital, I wanted to return home, but he told me not to worry, that he would take care of me if I came to his house. I went to his place of residence to see him. He proposed to me on February 14th...

The ring was something I didn't want to accept, but I didn't want people to believe that this girl, after he saved her life, didn't want to accept the ring either. When the ring was presented to me, I graciously accepted. In the end, he refused to let me leave the house. It didn't matter how many times I fought back. He always won. Visitors aren't allowed at the residence where I'm now staying. He would beat me whenever I want to go out..."

While visiting at his house, the woman saw that there was a special closet in his room that was usually closed, which she described to him as follows: She was suspicious and began looking for the key in her possession. The key, according to her, was always in his pocket, no matter what he was doing.

Who knows what's within that cupboard, which I mentioned before. Open it up for me, okay? When I open the cabinet, it's because I'm about to do something else! Before, he was in charge of maintaining the key. It is unlikely that he will lose sight of the key even while asleep. Whatever time of day or night he wakes up, he will immediately begin hunting for something, perhaps the key to his house or apartment. Upon asking what he is searching for, he will respond by saying not to be concerned....

He will claim that he wants to take a bath first thing in the morning. If I knock, he will not answer me until the bath is finished, and then I will have to wait till he finishes the bath. I'm sure he'll come and sleep with me when he's finished working. It doesn't matter whether I claim I'm weary or that I'm not up to it; he will still compel me..." I'm sure there's a spare key someplace... Then I discovered a spare key hidden under his shoe on the top of the closet door. After some thought, I decided to open it. Suddenly, my pant appeared in front of me! I observed him hanging it in the appropriate location. I grabbed my phone and began filming everything that was happening around me. I gathered my belongings and headed out of the building. I stole his phone so that he wouldn't be able to find me when he woke up until my family invited him to come over."

Photos of what the lady allegedly found in her fiance's wardrobe, including her underwear 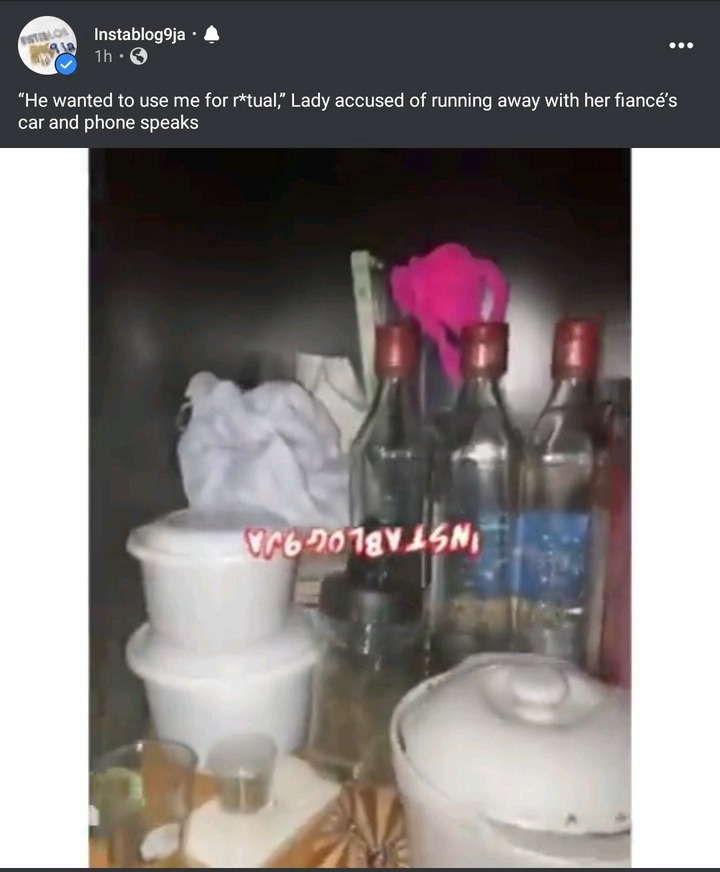 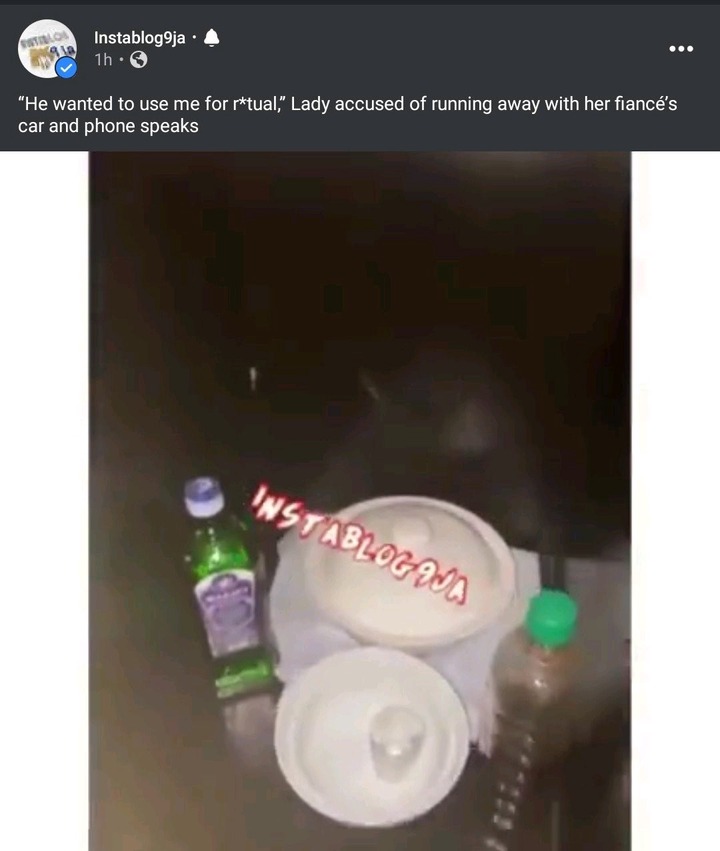 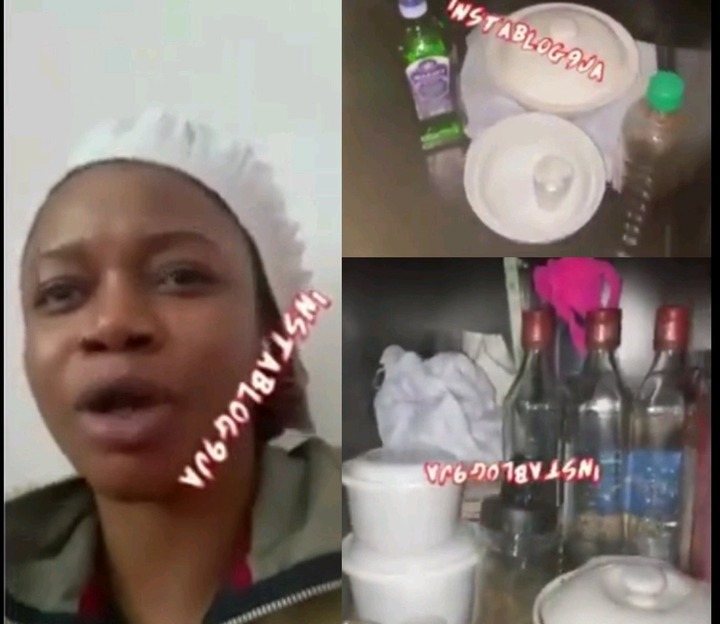 Her pant was among the items she observed inside the wardrobe, which she recorded on camera and gave to the authorities. She claims that she has noticed that several of her underwear items have gone missing, but when she inquires with him, he responds that it is possible that she cleaned it and left it outside to air dry. 'He's a ritualist,' she claimed, and she has evidence to back up her claim.