Africa bloods to the world

"40 DAYS 40 NIGHTS" ft Nasty C, RAPPER, SINGER AND SONG WRITER Daniel Nwosu Jr. Known as Dax, caused trafic on social media platforms yesterday the 5th of October 2021 when he announce a South African feature @Nasty C. Using his signature, Dax once again called out his loyal fans to unlock the long waited track by reacting on his post "150K likes to UNLOCK Dax + Nasty C SA Tomorrow…GO! " Dax and the South African young Star Nasty C's MR ZULU MAN WITH SOME POWER's were thrilled by the pop up of this wonderful news on Nwosu jr's facebook timeline, as it's believed that Dax is an incarnation of the late legendary 2Pac, Nasty C has proved thus far to being an Icon in his home South Africa, after he broke all records forcing his sound to the ears of the collosal Def Jam, Nasty C signed a joint venture deal with Def Jam Records

in MArch 2020 proving once again that success doesn't need a visa, through hard work and commitment, the world will listen. A few minutes after Dax had announced the good news on his Facebook Acount, the reaction button has being blown with likes and cheering comments to reach the target that he had set to unlock the African joint 150likes. One follower wrote "Dax broh you're almost there.... we're almost there!!! Let's keep on liking guys com'on!!!"

Against all Odds, Dax independly held the game, putting his trust to God whom he's heard praising in his lyrics and kept his heart on the surface where his kind and humbleness brought him to the heart of the world. Unlike other up and coming ravenous artist, Dax wrote his music and gave it to the people, for the people and reciprocation was inevitable. The young rising star he's loved for being real to the face of the people, despite the fame, he is still the people's hope, a solution to revive and keep hip hop afload through the storms, just like @Nasty C SA, All hope is put on him, to rise and conquer against the peril of hip hop particulaly in South Africa, where a various genrers are putting on a fight to lead the industry. This feature is promising, to revive and give hope to hopeless Hip Hop artists in South Africa, to say that Hip Hop is still waves and bread making genre, persistency and hard work is the only way through the face of success.

.... For more news,Follow my page. Song link to be uploaded soon.. #DAx Canada 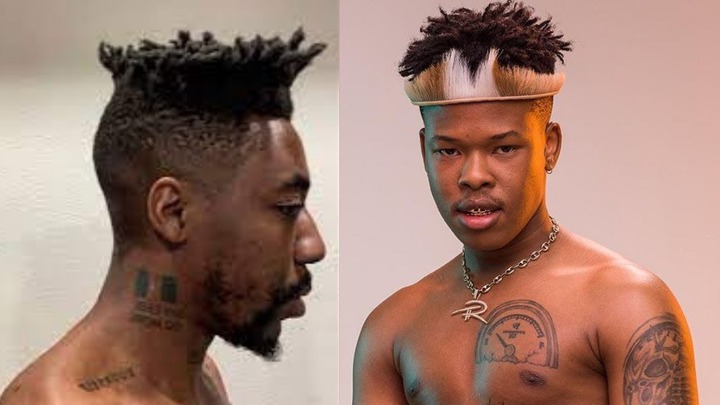 Content created and supplied by: Moafri (via Opera News )