The influencer will make a cameo appearance on the etv soap, according to Phil Mphela.

Michael backed up the rumor by releasing Phil's story, which has received mixed feedback from fans.

Meanwhile, the telenovela was just revealed to be cancelled in January 2023.

In January 2023, the hospital drama 'Durban Gen' will come to an end. The decision to decommission the daily drama is part of a larger business plan that includes a continuous review of all of our shows' on-air life cycles. 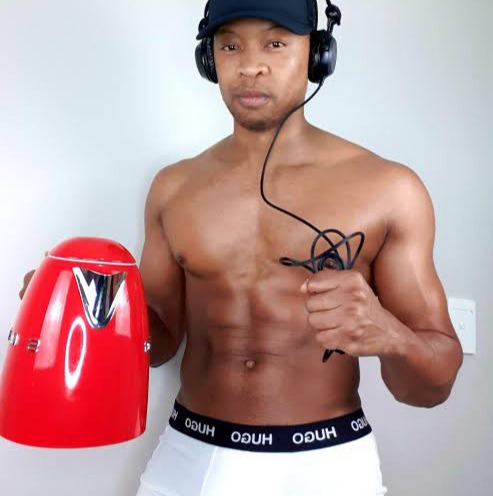 "E.tv continues to look forward to achieving its mandate of generating excellent and relevant local programming, and the production team has delivered on its share of the commitment for the previous two years."

Who is Mr Smeg, and why is he so popular? Michael Bucwa, a social media user, is known as Mr Smeg since he travels with his red Smeg kettle. Yes , all over.

Despite the fact that Smeg products have always been a status symbol, they appear to have regained it among social media users.

So much so that one social media user has made a persona out of it.

Michael Bucwa, a social media user, is known as Mr Smeg since he travels with his red Smeg kettle. Yes, all over his house, including different rooms.

Bucwa is an Engineering Systems Analyst who lives in Pretoria, according to his LinkedIn page. Little more is known about him because he only likes to talk about his life with his kettle.

Bucwa appears to enjoy keeping healthy, as he is frequently photographed shirtless, and enjoys fast automobiles in addition to his relationship with his kettle.

However, he has recently been the brunt of several jokes after claiming that his popular kettle had been stolen.

Do You Really Want To Slay This Month? Here Are Unique Flowing Gowns You Should Consider Trying Out

10 Types Of People Who Can Never Succeed In Life; See Number 10