Isencane Lengane: Here's What People Noticed, That Got Them Talking

By Samshady (self media writer) | 20 days ago 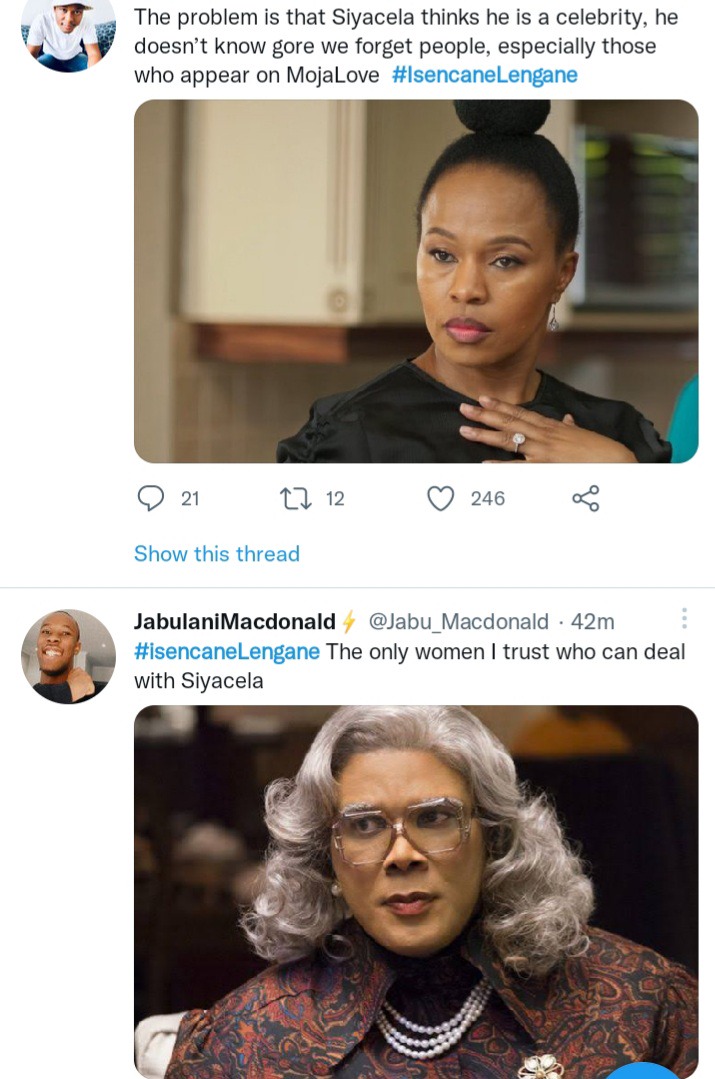 Siyacela was in Durban not for eight but a month instead, he was with his girlfriend. His girlfriend's name is Zinhle, she has a kid. Thando and Zinhle have never met each other, Siyacela went to Durban without his wife. 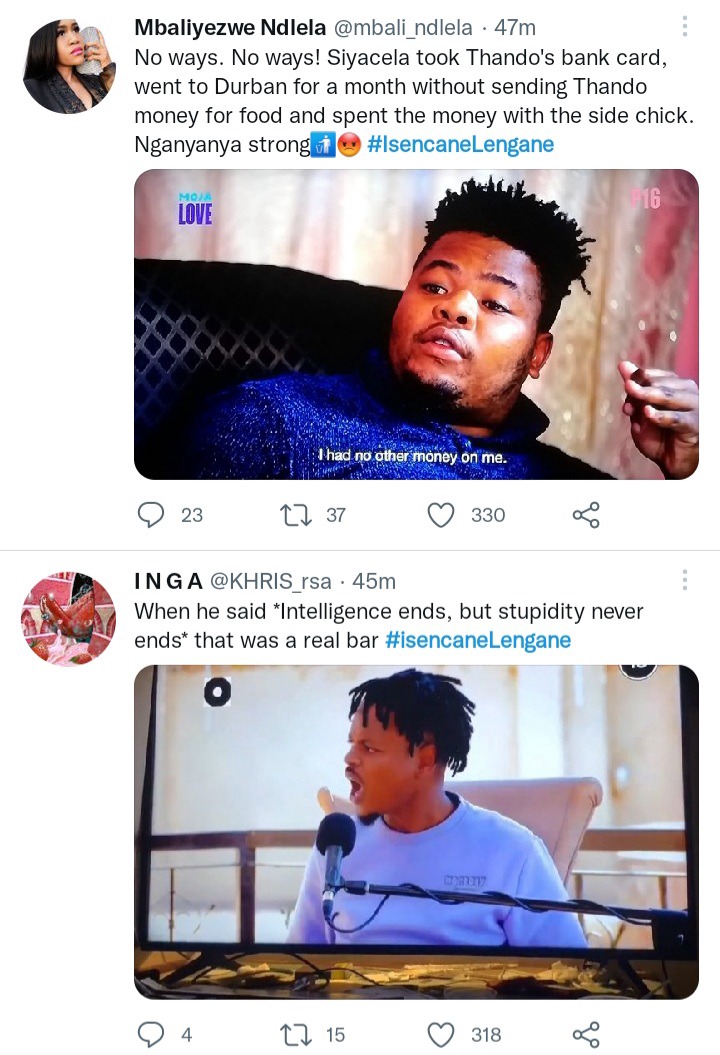 He did not even bother to inform her where he was for a month, he wants to pay lobola for his girlfriend. It turns out that Siyacela wants a second wife despite the fact that Thando might leave him. Siyacela finally got back home after a month, Thando was surprised to see him. She asked him where he was, he told her about Zinhle. 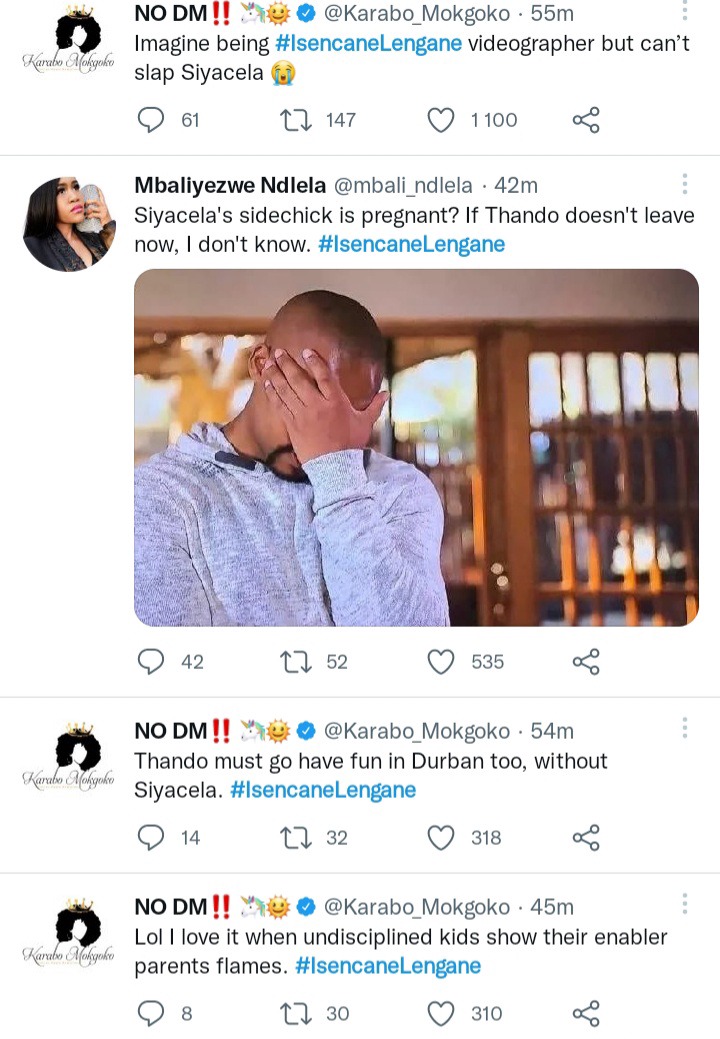 It turns out that Zinhle is allegedly pregnant with Siyacela's child, Siyacela is ready to pay for her lobola. People noticed that Siyacela also used Thando's card, to buy stuff in Durban. He said he had no money in his card, hence he used his wife's card. Thando was angry at Siyacela for using his card and cheating on her. 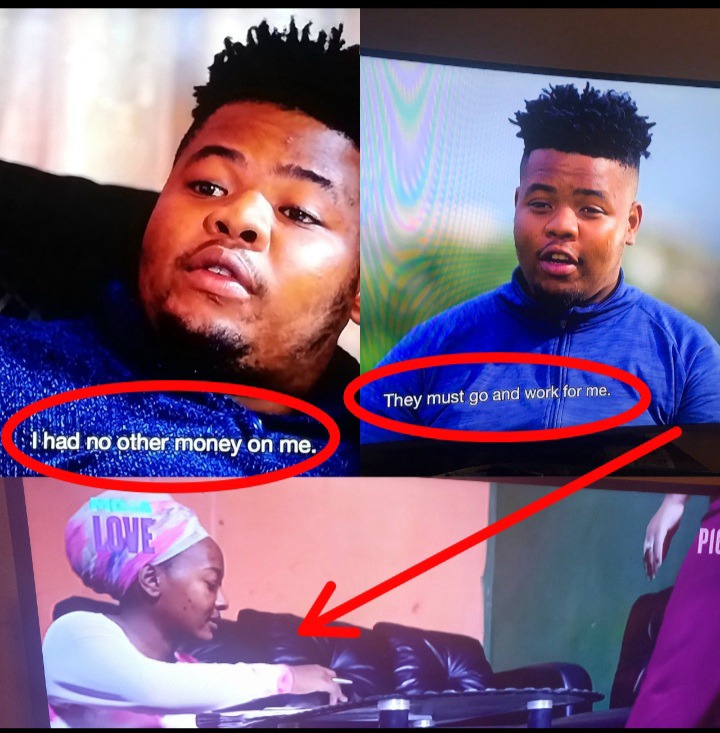 Siyacela does not look like he is apologetic for what he did to his wife, he even left with his car while his wife was talking. On the next episode, Thando looks like she is allegedly scared of her husband. Siyacela's father feels like Siyacela is a bully because he can not believe how quickly Thando forgave Siyacela.