OPINION: Squid is the realest show right now like it or not Squid game is series from Korea which it plays on Netflix and everyone around the world is loving it. This series is about people who are in debts participating in chilhood games to win 45 billion., it's a lot of money and when you have problems you will definitely consider to join. Every player plays for himself to be able to start over by paying their debts and start their lives afresh. They play the most simplest games but many contestants failed to win and they got killed right on the spot...scary right? 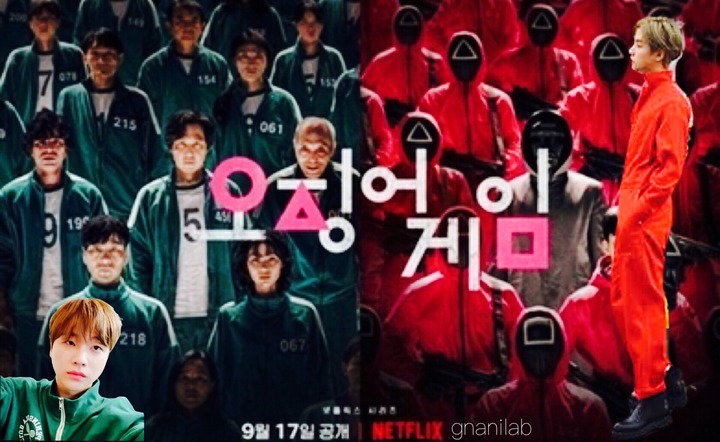 Many contestants were killed and after they got killed they get cremated sone they sell their organs illegally to make a side money. This show is full of drama, comedy and action it is all packed.Fans cannot wait to see the second season to see the last player who won the game tries to go back to playing these childhood games. What could be the reason for him to go back to this dangerous game? If he plays again, is he gonna win again?

The player who won the season 1 Squid game is player number 456 who seemed as the weakest of them all but he ended up taking it all home, and remember that he played that game till the end without killing anyone. This Korean series got everyone making memes and playing the same games at home because they seem fun. Which games did you grew up playing and you still want to play them again even though you're a little older to play them? The player 456 did not spend his money yet, i mean who does that? Many fans have expressed that if they got that kind of money they would have spend just like that. Does this mean that player 456 is feeling guilty about everything that happened?

Everything You Need To Know About 'Mthunzi Mayiza' From #Scandal: Age, Biography, Career and more

Orlando Pirates and AmaZulu have some similarities, Keagan Buchanan elaborate.

Updates on Malema and Ndlozi’s Assault case went like this today?

Despite of what was spoken about her, she slayed and proved to everyone that she is a strong a woman

Phindile Gwala Does It Again, She Is Not Only On MaMkhize But Her Granddaughter As Well. See Below