Tensions are high, anger is raging. People are calling for the arrest of the suspected boyfriend of Namhla. However, people have come up with another dimension that Namhla may, in fact, contributed to her own death. Several people on social media are heaping blames on her for staying long in an abusive relationship where the said boyfriend frequently tie her up and beat her until she bled. Furthermore, other people are blaming her for putting up with such a man, saying that she would have still been with him if not that she died. WhatsApp messages between the two shows that upon all the abuses and torture, she was always apologizing, which was the reason the man never valued her. Some social media users said that they are tired of helping ladies who do not want to help themselves. Some are still in abusive relationships, and they are reading about this Namhla case, but they will still remain with the people abusing them. 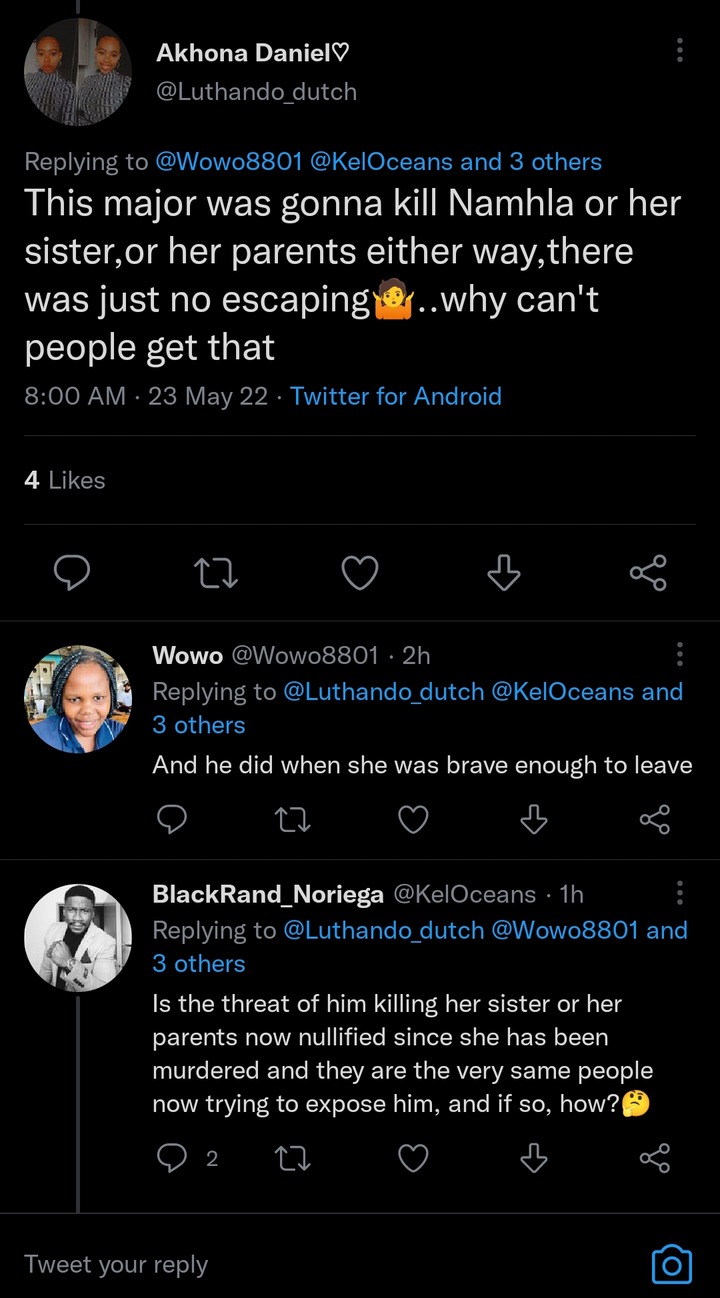 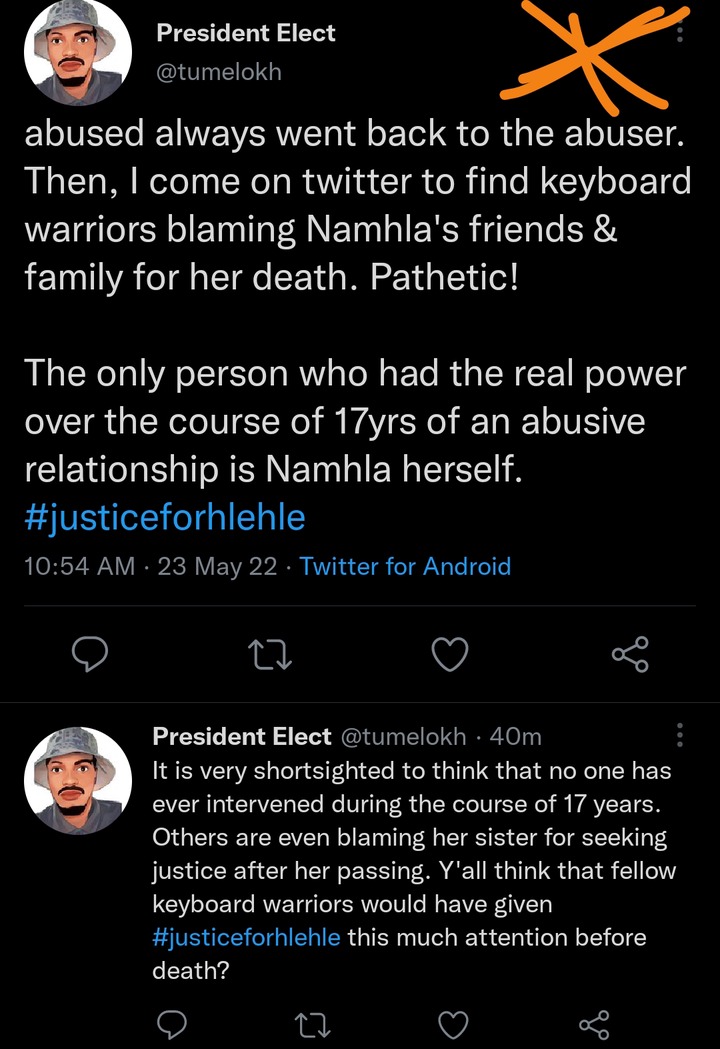 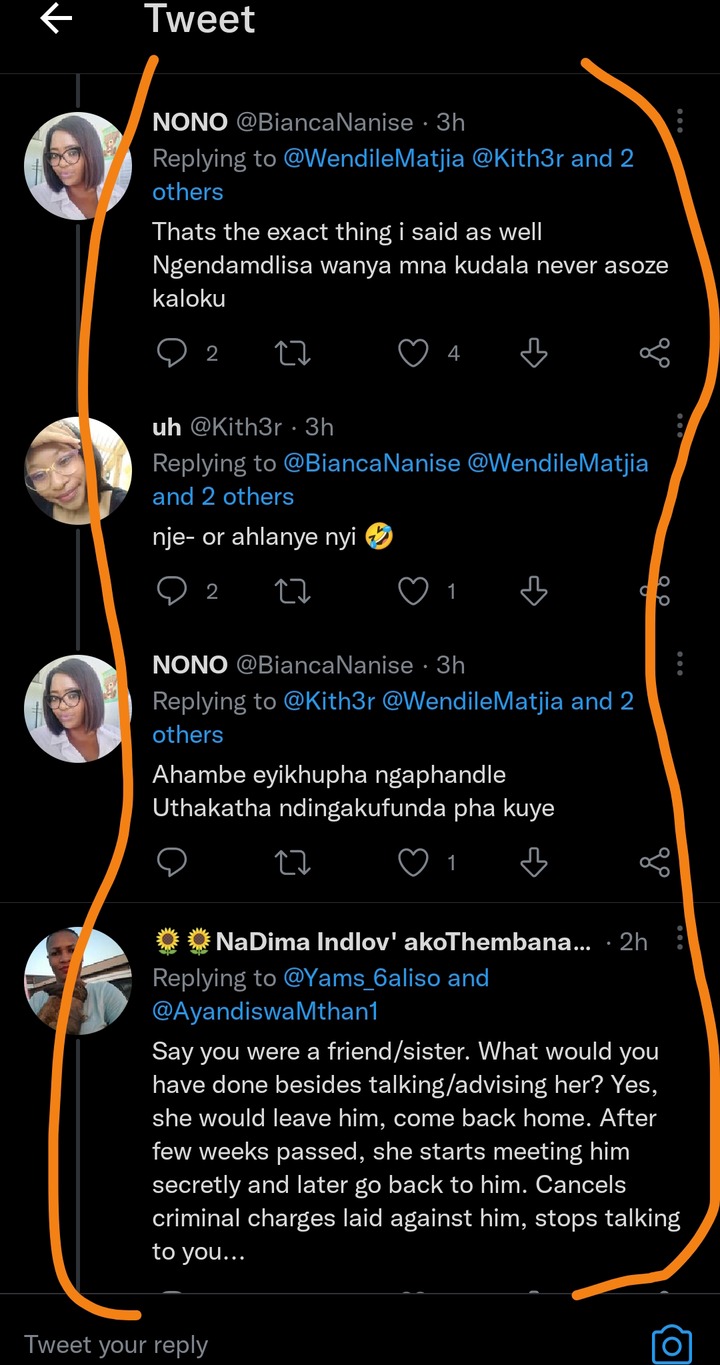 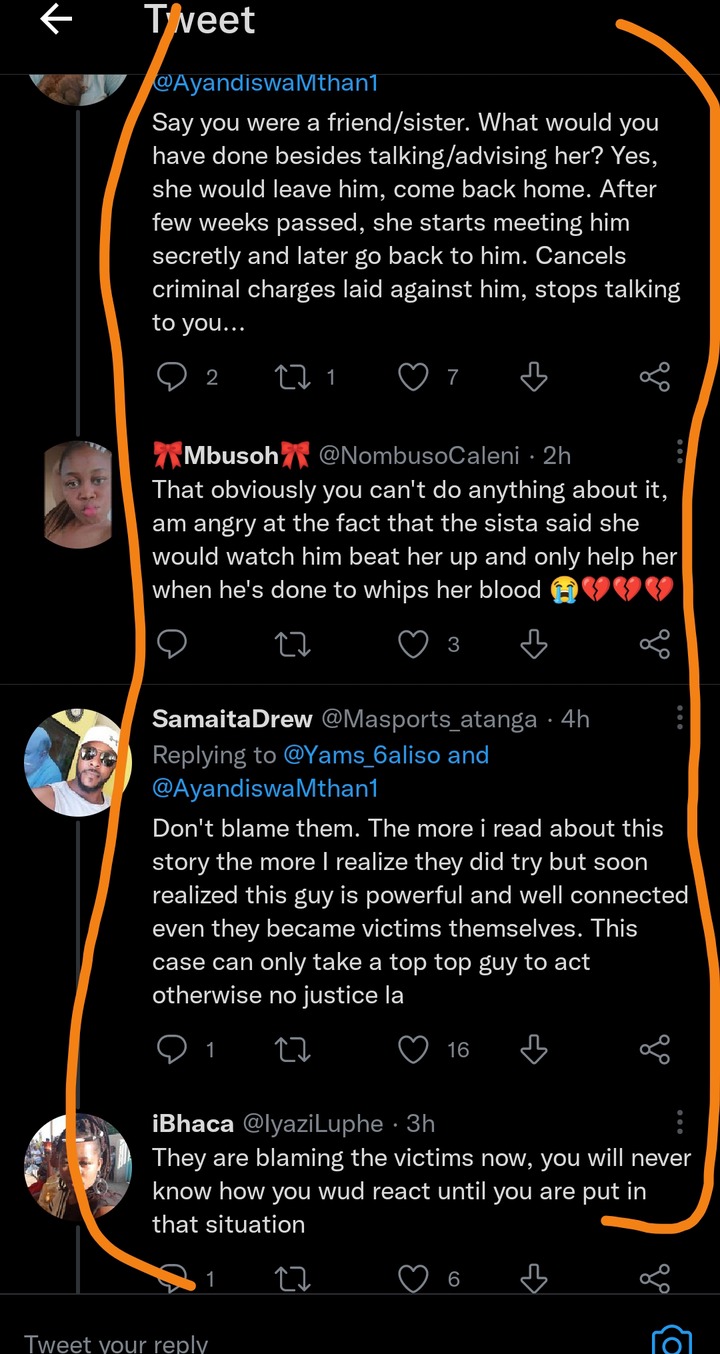 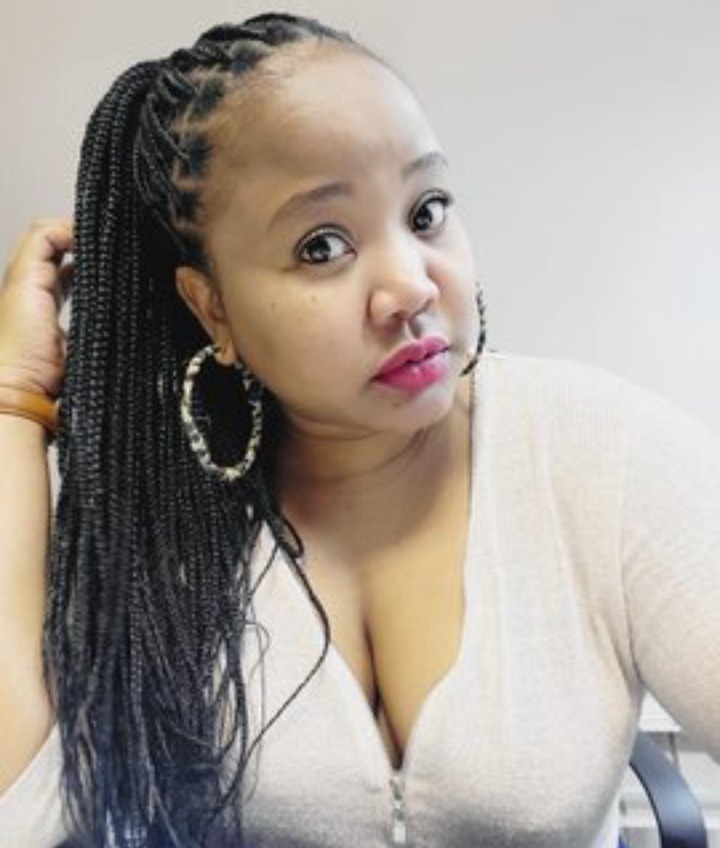 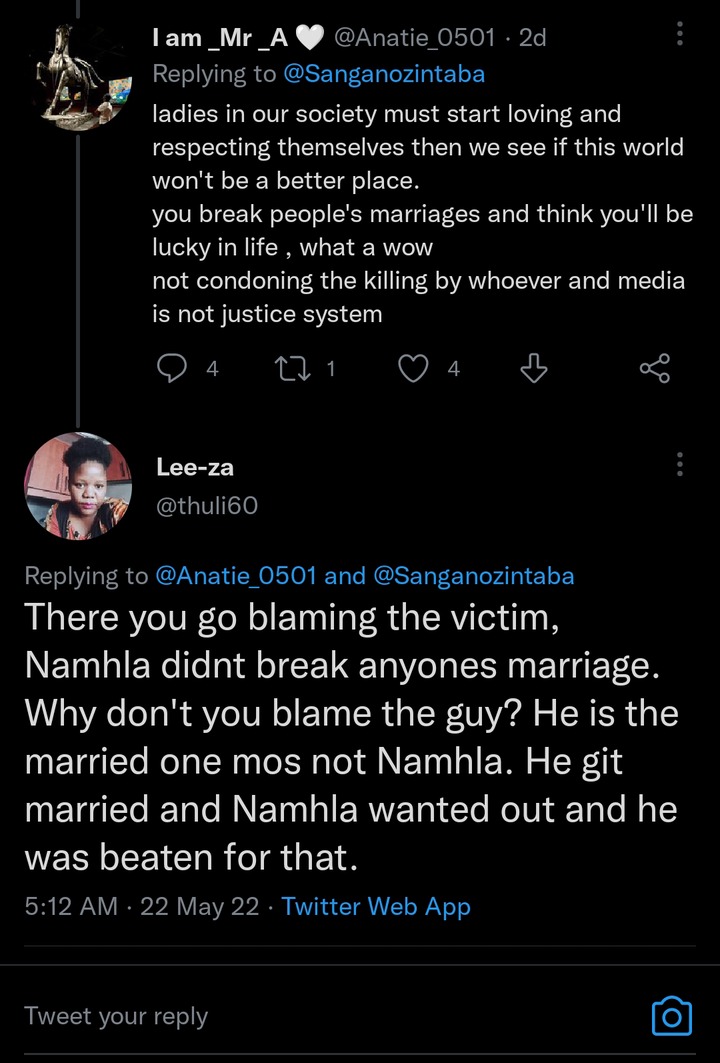 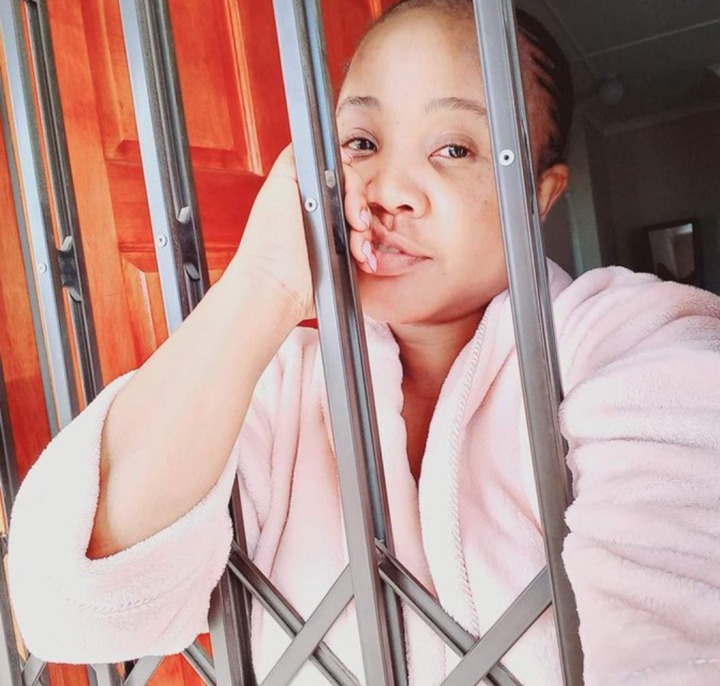 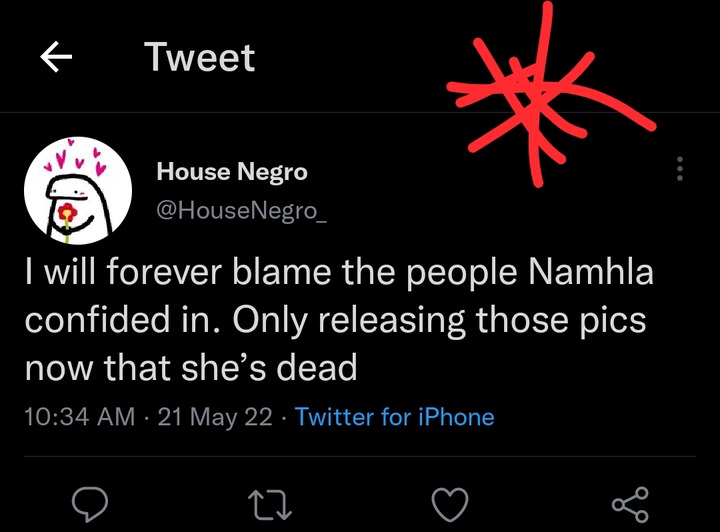 Another version is the man I question who was abusing her is married, and he doesn't treat his wife in that manner. The truth is that Namhla was aware that the man is married, and she chose to remain to become his punching bag. Someone wrote that the blame should go to her family members and the friends she confided in. He wrote, “I blame everyone who was around Hlehle even her sister who knew everything was going on but decide not to speak or fight for her sister. They helped this man to kill hlehle I blame them. People Namhla called friends, they also killed her too”. However, other people said that they warned her, they spoke to her, and she was always asking for their prayers. It seems like the man was the source of her income and she was not ready to leave. She would rather have them pray for her than leave him. Another person wrote, “This major was going to kill Namhla or her sister, or her parents either way, there was just no escaping. …why can't people get that”. There was a time this man shot two of his employees, and this shows that he is the violent type, yet she remained with him. 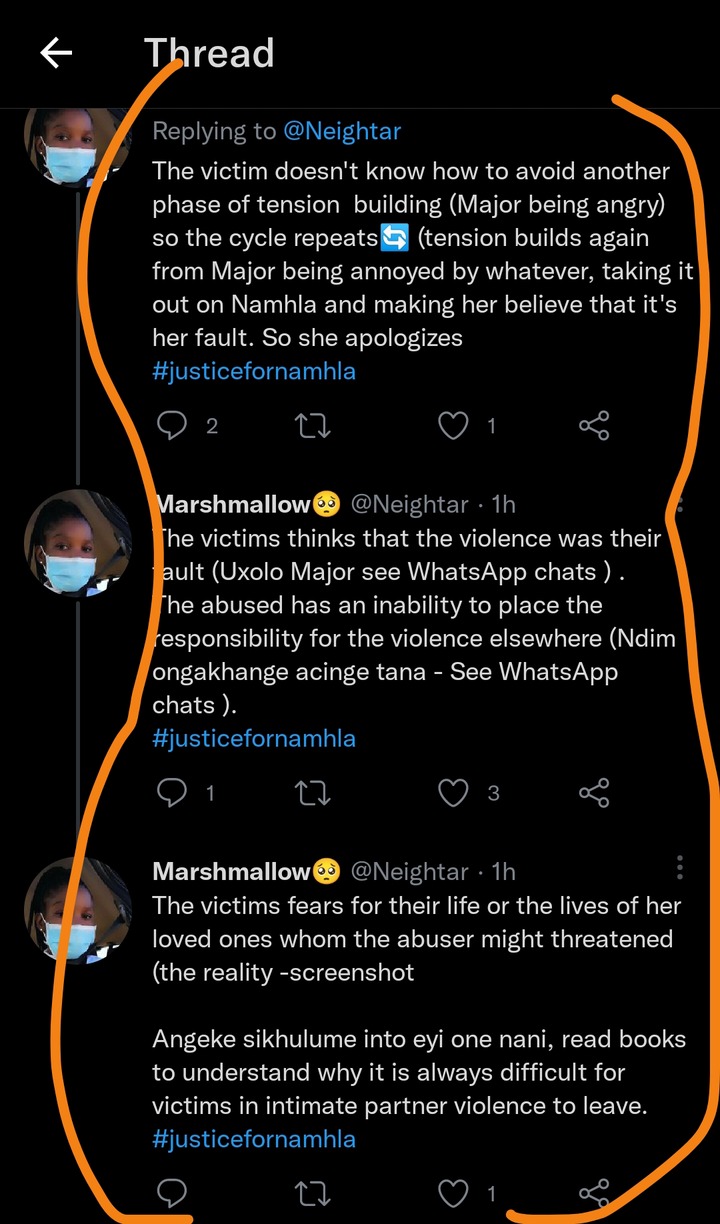 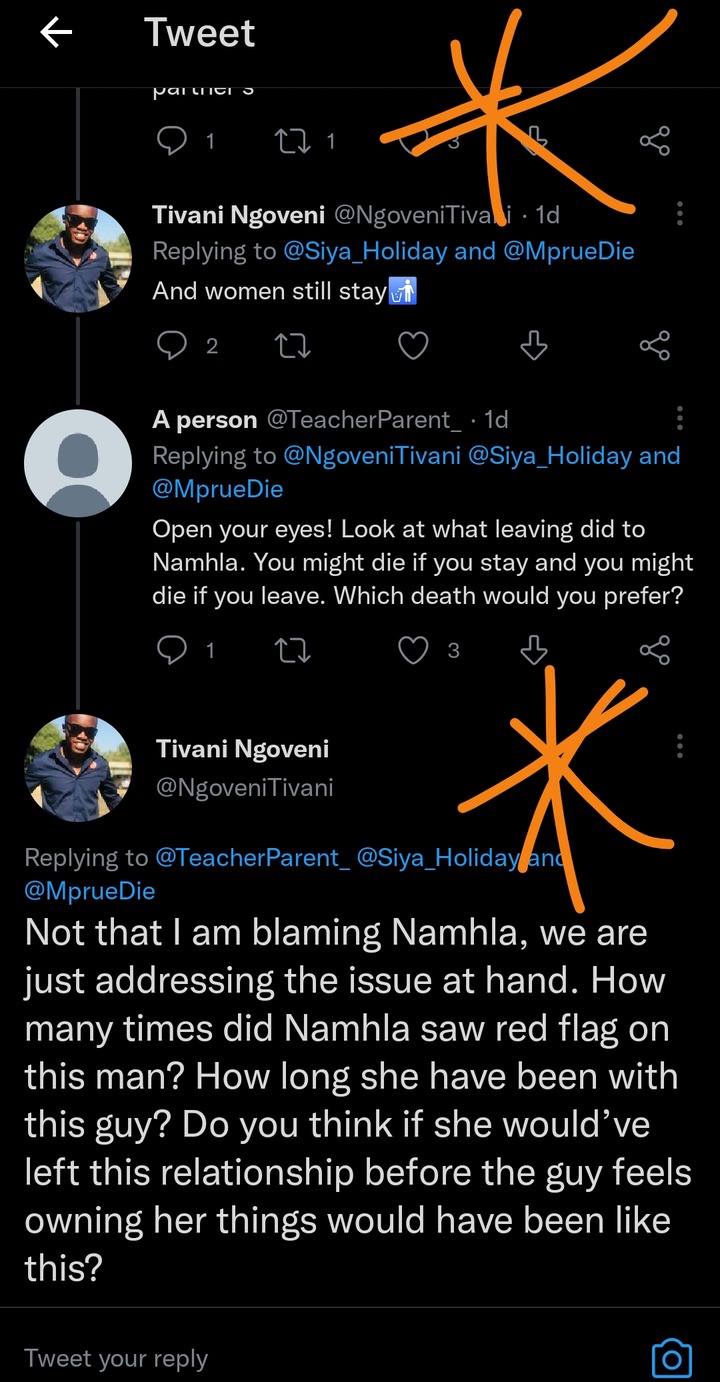 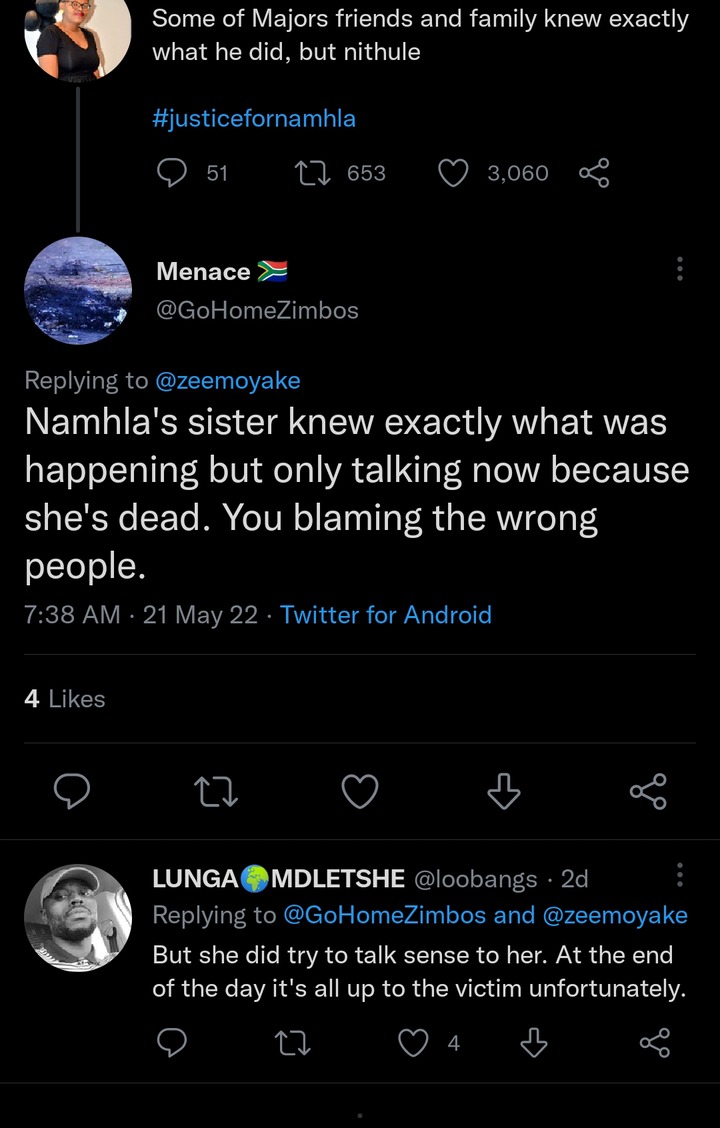 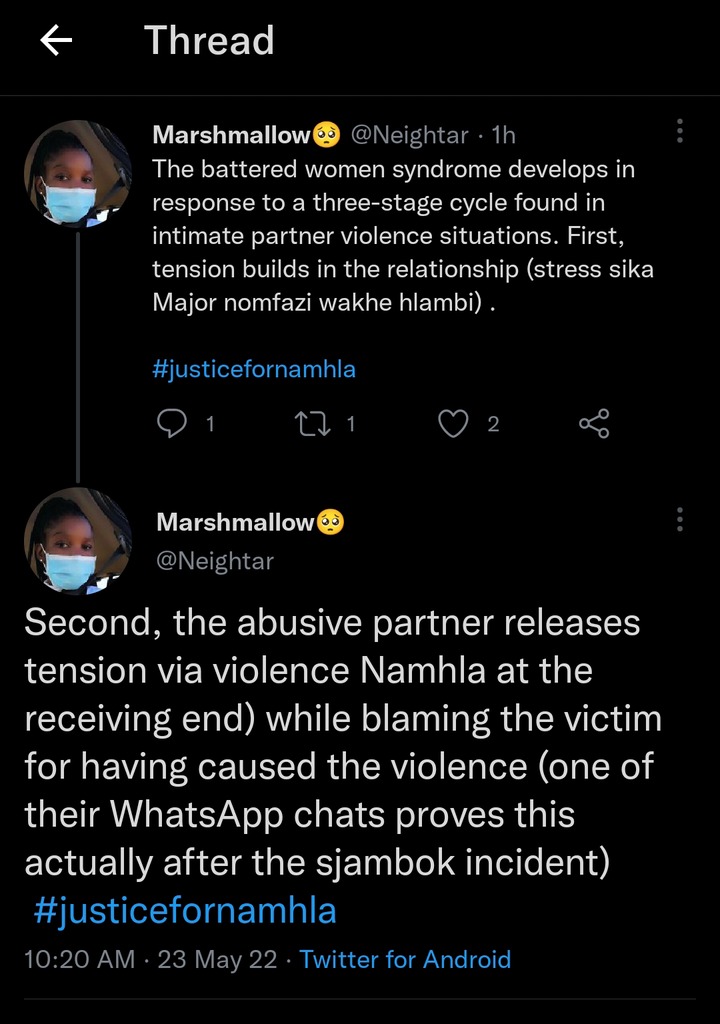