For nearly two and a half decades, Zenani Mandela, the daughter of Nelson Mandela, South Africa's first democratic president, and Winnie Madikizela-Mandela, was married to Prince Thumbumuzi of Swaziland. Despite coming from a family of chieftains, the diplomat had a rough childhood, since her father was imprisoned at the age of three and served 27 years in prison. In her early years, Zenani Mandela was deprived of fatherly care and love, which she eventually found in the hands of Prince Thumbumuzi, with whom she had four children over the course of their long marriage. 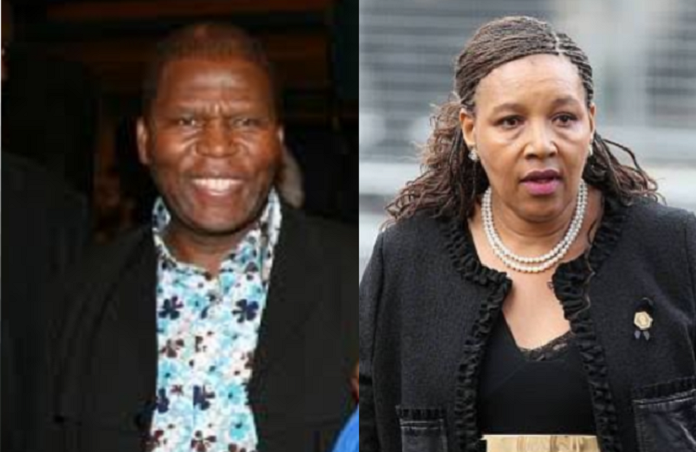 Many people anticipated that because the wedding received so much publicity, it would be one of those everlasting unions, but this was not the case. Unfortunately, their love waned over time, and they chose to divorce in early 2000. Despite their separation, they are both supportive parents and maintain a close relationship with their children.

Winnie Mandela was on the approach of giving birth to her first child in prison in 1959, and Zenani was worried that her mother might be taken away from her. Princess Zenani was born in early 1959, just a few weeks after her release from prison. Winnie was imprisoned multiple times by the apartheid administration for her activism. Zenani had a tough childhood due to her family's repeated transfers as a result of her mother's banishment from specific areas, and she later moved for Swaziland to complete her secondary education.

During her visit, she met Prince Thumbumuzi Dlamini of Swaziland. He is the son of King Sobhuza II of Swaziland and Mbhono Shongwe of Swaziland. Swaziland's reigning monarch, Mswati III, is his younger brother. The Prince later requested Zenani Mandela's hand in marriage, and the two married in 1973, when Zenani was 14 and her husband was 24 years old. Nelson Mandela was in prison at the time, therefore he missed his daughter's wedding, despite being informed about it.

With the help of a family friend, Robert Brown, a North Carolina businessman who met the Mandela family when escorting Coretta Scott King through South Africa in 1986, Zenani and her husband got a full scholarship to Boston University in 1987. After that, they and their children went to the United States. She and her husband both graduated from the university with bachelor's degrees, with her concentrating in marketing and Prince Thumbumuzi specializing in finance.

The Couple Separated After About 27 Years

Zenani Mandela's royal marriage to the Prince of Swaziland gained international notice because it lasted more than 25 years. The couple began to develop marital troubles when Nelson Mandela was sworn in as South Africa's first democratic president in 1994. Zenani served as the country's stand-in First Lady because her parents were divorced at the time. She was rarely seen with her husband after that, and she was frequently seen in the company of her illustrious father at state ceremonies.

Since their divorce in 2000, the Swazi Prince revealed in 2002 that his marriage to Zenani Mandela had been on the rocks. Despite the fact that their relationship had hit rock bottom, he insisted that he adored Zenani and that, having married her in the traditional Swazi culture, she would stay his wife. While still alive, Nelson Mandela reportedly attempted to repair the previous marriage, but his efforts were in vain. The couple is now separated in their hometown, but they have not yet filed for divorce in court.

Zenani has preserved both her title and her husband's surname after marrying Prince Thumbumuzi and becoming a Princess with the title of Her Royal Highness. Neither of them has mentioned what caused the strain in their nearly three-decade-long relationship until now. During their time together, Zenani Mandela and the Swazi Prince had four children.

Before emigrating to the United States in 1987, Zenani Mandela and her ex-husband had three children. Their first child, a baby girl named Zaziwe Dlamini, was born in 1977. With the advent of their second daughter, Zamaswazi Dlamini, two years later, their family enlarged even more. Their boys, Zinhle and Zozuko Dlamini, were born in 1980 and 1992, respectively. Let's have a look at the offspring of Zenani Mandela. 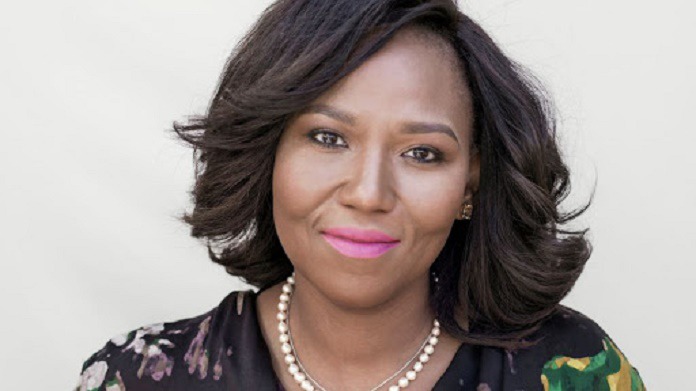 Prior to marrying Zenani Mandela, Prince Thumbumuzi had several children from previous marriages, including Prince Cedza Dlamini. Zaziwe, his first child with Princess Zenani, was born in Mbabane, Swaziland, on June 16th, 1977. She is a fashion designer with a Bachelor's degree in Psychology from Clark University in the United States. She began her career as a lecturer at Bennett College in Greensboro. Zaziwe later worked as a living specialist for Seeds of Hope in Atlanta, Georgia, and for the Coca-Cola Company in Johannesburg. She also worked as a counselor at Tara Hospital in Johannesburg.

For numerous years, Zaziwe has served on the board of their family firm, Mandela, Dlamini, and Associates. She's also on the board of Oxypite, a South African online gambling software supplier. In 2013, Zaziwe starred in the reality TV show Being Mandela. Her husband is David Manaway, and they have a kid named Ziyanda David Manaway. 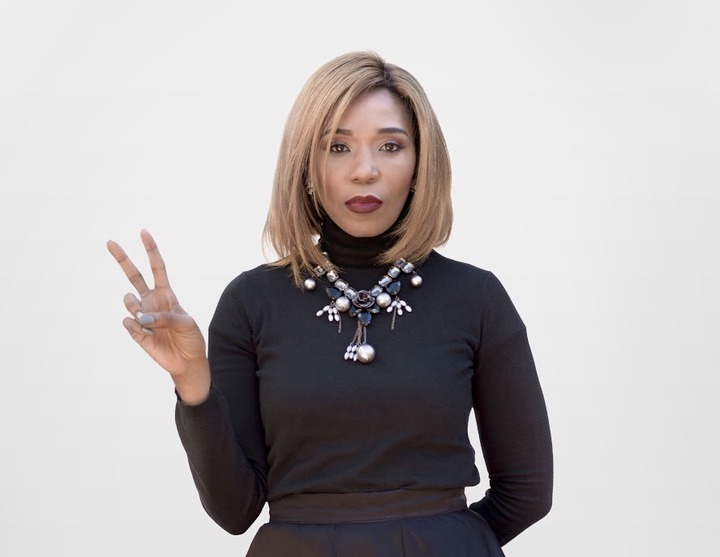 Zamaswazi Dlamini-Mandela was born in Welkom, South Africa, in 1979 and is a serial entrepreneur, public speaker, and business developer. Swati by Roi Kaskara, a high-end fashion firm she founded in 2017, is her baby. She graduated from the institution with a bachelor's degree in Public Relations and Marketing. She spent a long time in public relations before deciding to pursue a career in fashion and retail. She oversaw Mango and Claire's business initiatives, as well as the publicity office for the House of Busby.

Over the years, she has given management consulting services to companies, mostly in the transportation and infrastructure industries. Zamaswazi and the Nelson Mandela Foundation collaborated on the book "491 Days." She was a co-producer of a documentary on her grandmother, Winnie Mandela, and worked on the publishing of Nelson Mandela's "Prison Letters." Nelson Mandela's granddaughter is also a founding partner of Qunu Workforce and a co-founder of the Long Walk of Freedom Brand. 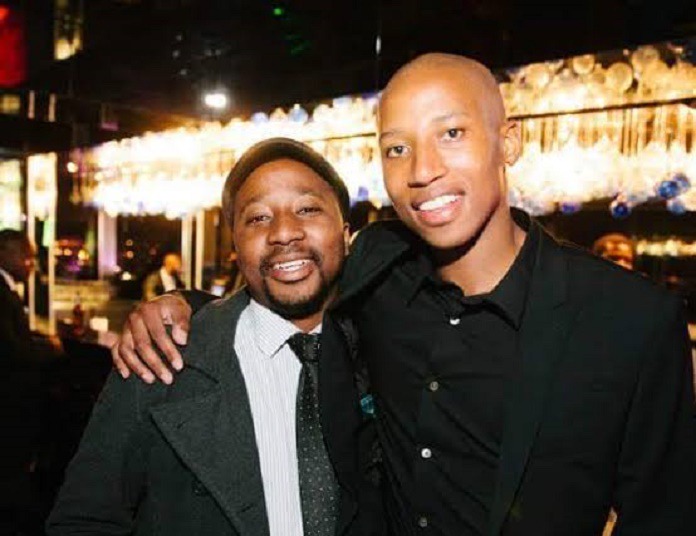 Zinhle and Zozuko Mandela, Zenani's boys, are more reserved than their sisters. As a result, the media has only a smattering of information about them. The diplomat's first son, on the other hand, is a physician. He took the Hippocratic Oath after graduating from medical school at the University of Limpopo's Medunsa campus in December 2009. The graduation ceremony was attended by his parents, Prince Thumbumuzi Dlamini and Princess Zelani Madela-Dlamini, as well as his maternal grandparents.

This shows that the ex-couple still values family time and spends time with their kids. Their last child, Zozuko Dlamini, was born in 1992. He keeps his personal life out of the spotlight. As a result, he's locked down his Instagram account.

The Diplomat is Currently Not in Any Relationship

Since her divorce from her husband, Zenani Mandela has not been in a romantic relationship or been the topic of any romance rumors. Her great professional career, which appears to have overshadowed her personal life, has gotten her a lot of press. During Jacob Zuma's administration, she was appointed as South Africa's ambassador to Argentina. She was appointed as South Africa's high commissioner to Mauritius by Cyril Ramaphosa, and she served there for five years. Since 2019, Princess Zenani has served as the South African ambassador to South Korea.