By Shade (self media writer) | 6 months ago

Maria and Whitemoney are on each other's necks 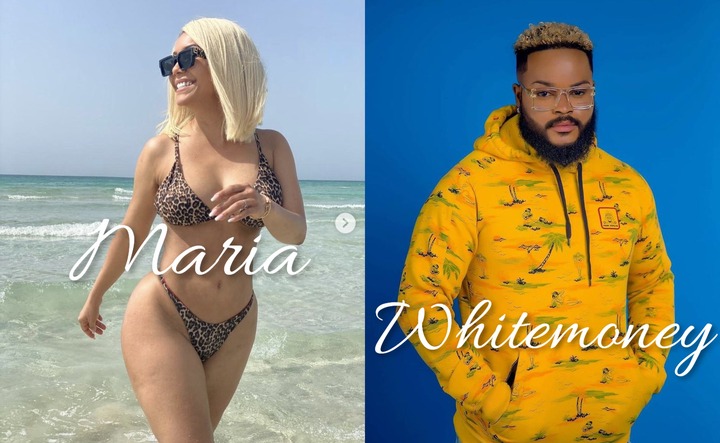 Housemates started 'throwing' in ideas on what is needed or what the brief was about based on their understanding. The head of house (Peace), gave housemates who wanted to share their ideas a chance to do so when they raised their hands to speak. A couple of housemates did that but when Maria started talking she did not want to stop and that's when the chaos started because she opposed most people's ideas and stated that she did drama and that the music that plays background is the "drama" in the story. She further talked about cultures and that people should say which cultures they belong to but some housemates were against that and said they won't do that. They argued with her and said that they need a story line first. 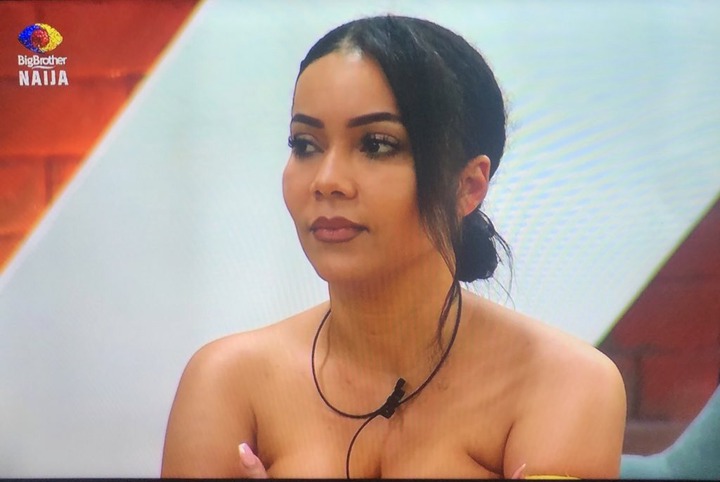 Whitemoney also pitched his ideas to the housemates but Maria was the first to oppose. They argued about it and Whitemoney money kept quiet a while later and Maria continued talking. A few moments later, Whitemoney fell asleep whilst Maria and housemates were discussing but Maria did most of the talking because she felt she knew what was needed in the task.

The housemates finally came to an agreement after a lot of arguing and chaos amongst each other and continued discussing their ideas in the garden after Big Brother ordered them to go to the 'garden'.

Maria did most of the talking because she would interrupt whomever was talking and she did this to almost every housemate and Whitemoney had long woken up and started talking and told Maria that she should also give others a chance to talk. But to be honest they are both the same, they both talk too much that they started clashing because they both wanted to be heard. As much as Maria and Whitemoney are being labeled talkatives of the house they seem to be loved by Big Brother Naija fans and seem to be gaining momentum because they are bringing content or are the "content" people signed up for.

This is what Big Brother Naija fans had to say about Maria and Whitemoney: 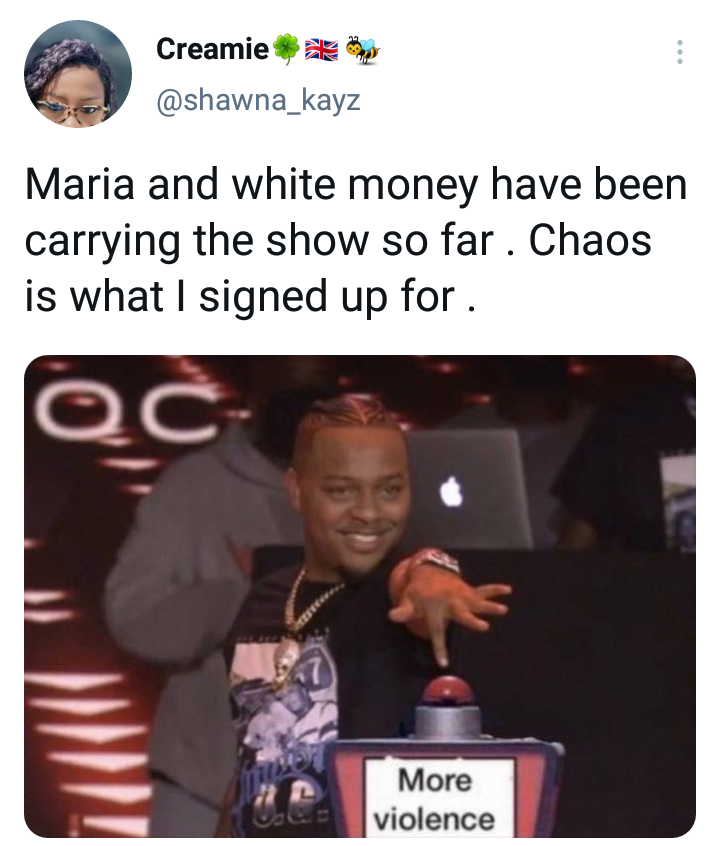 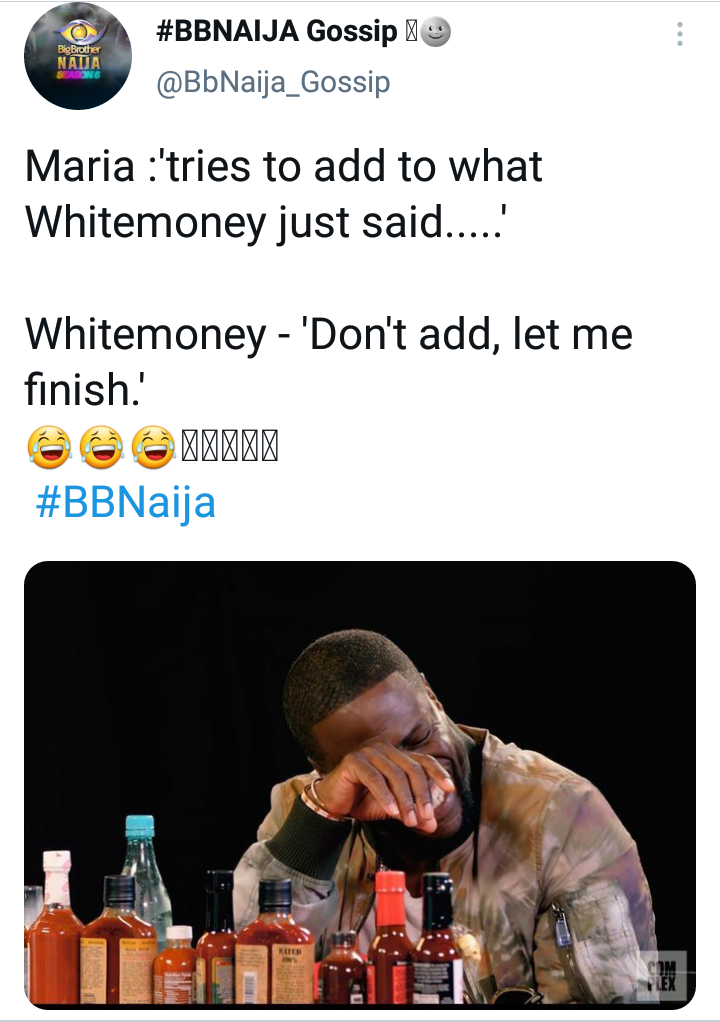 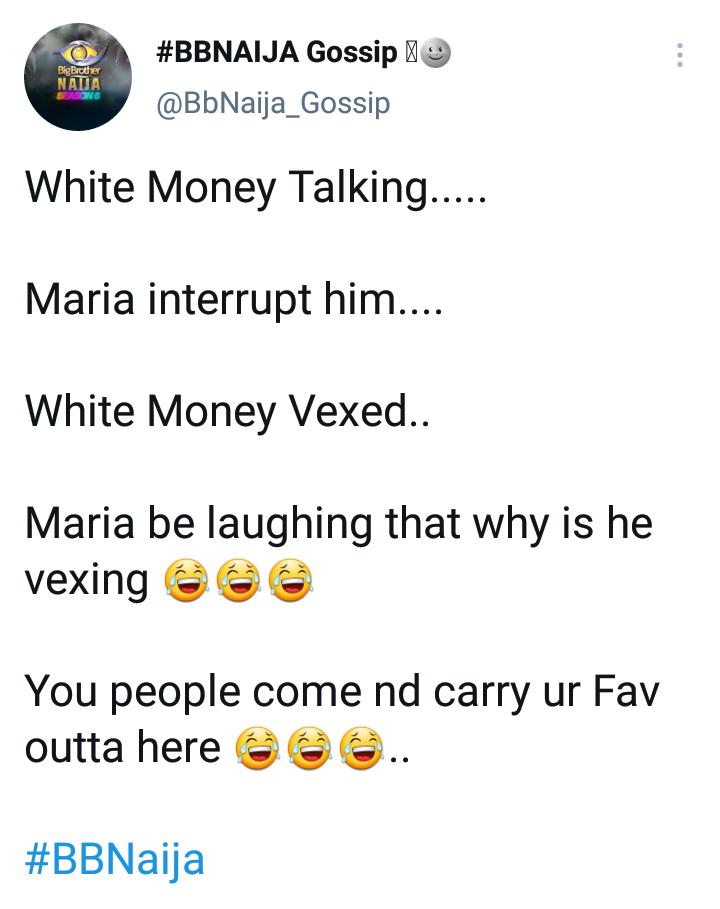 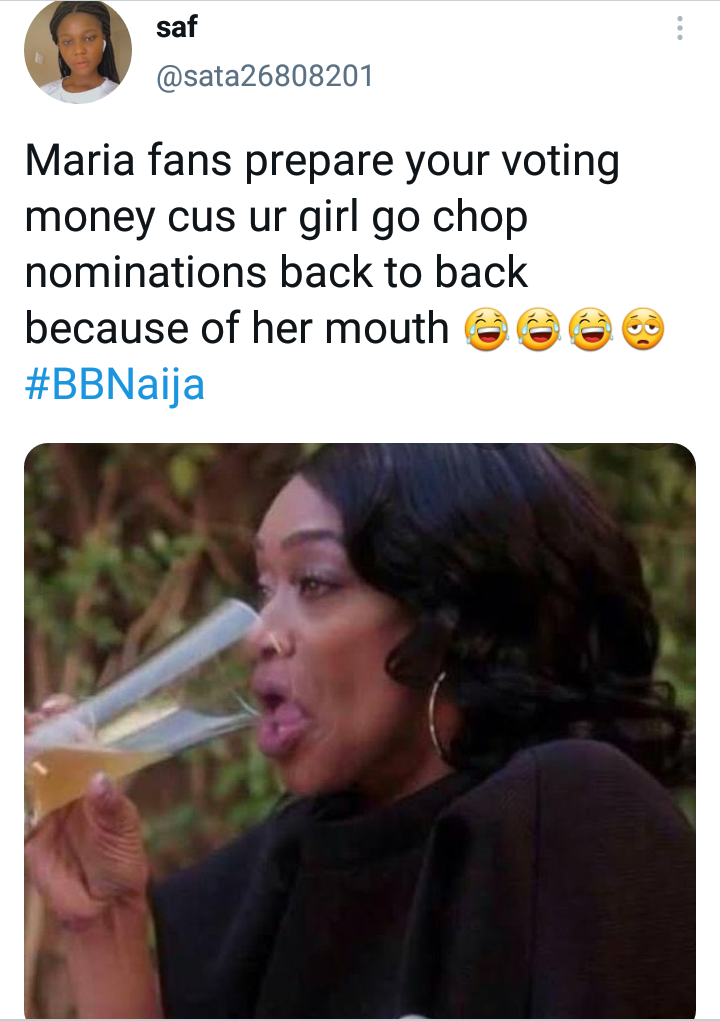 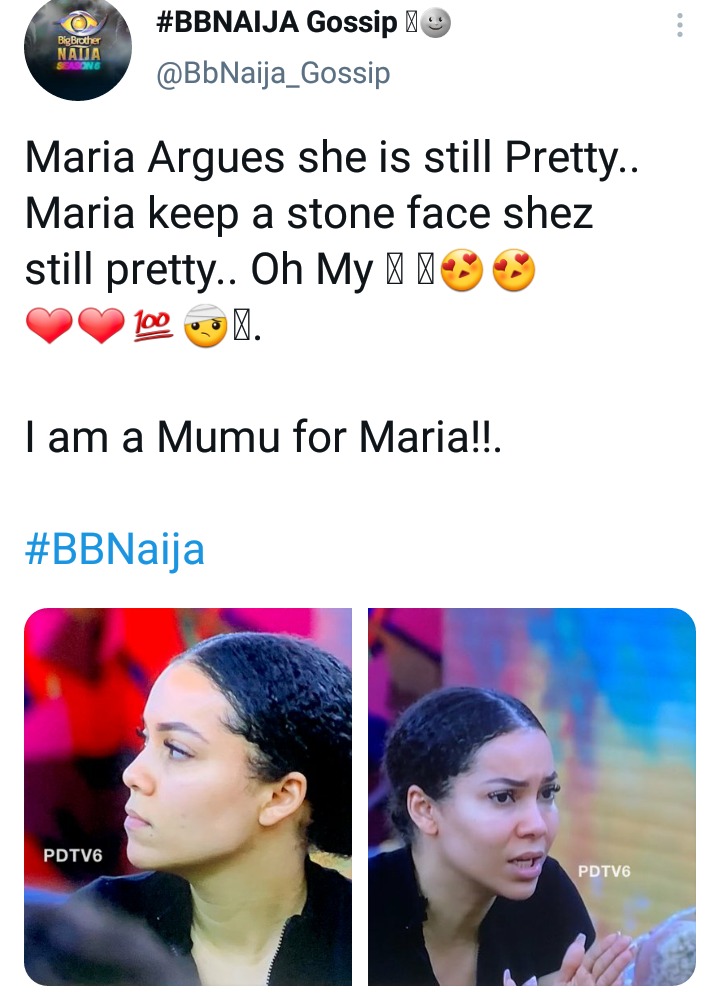 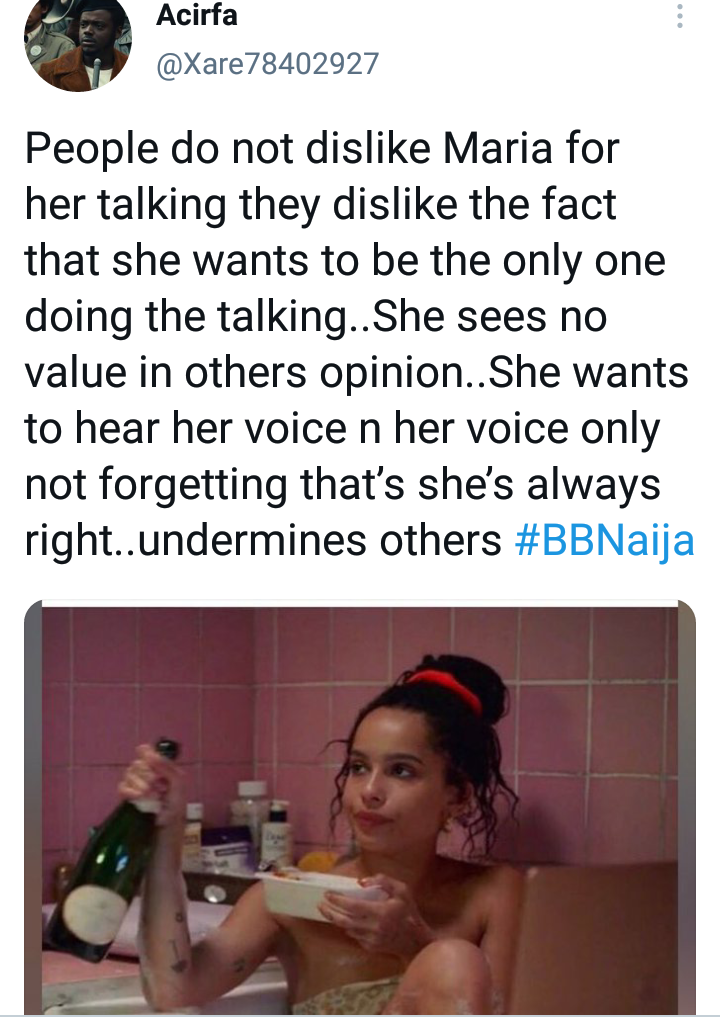 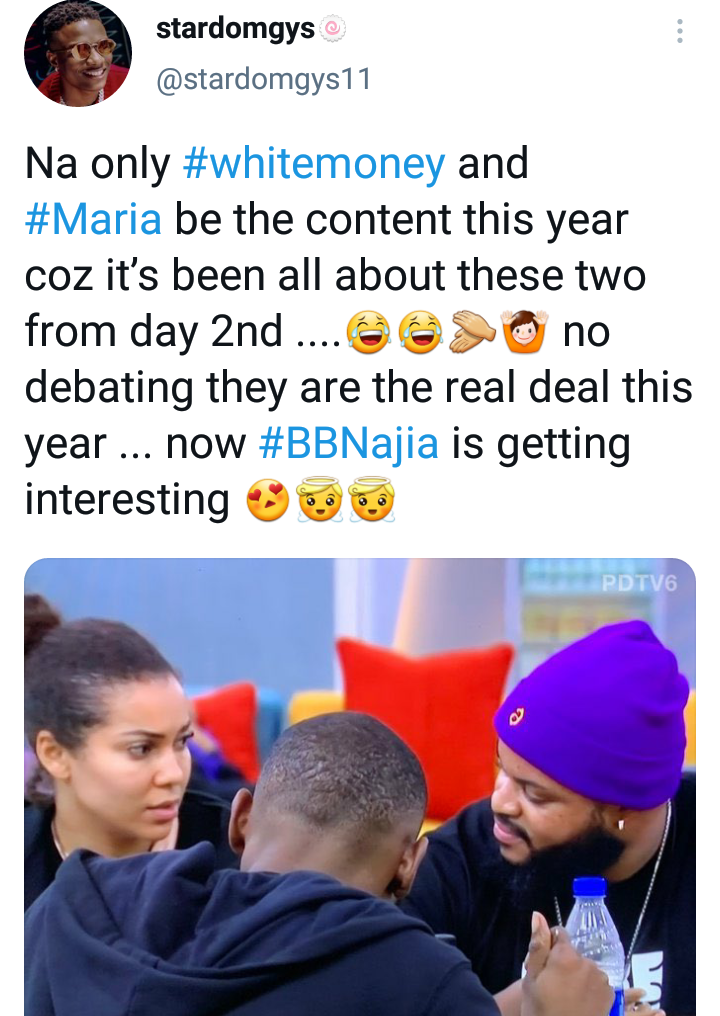 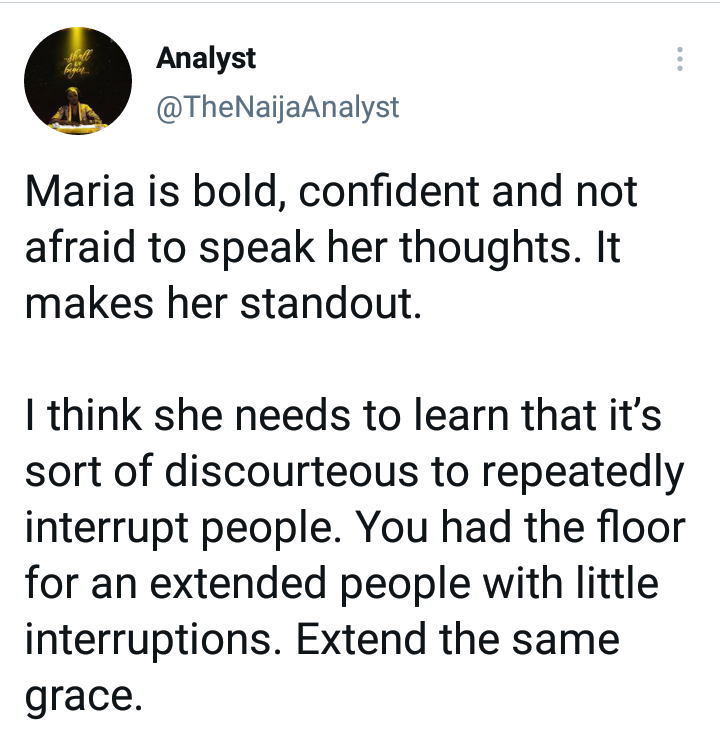 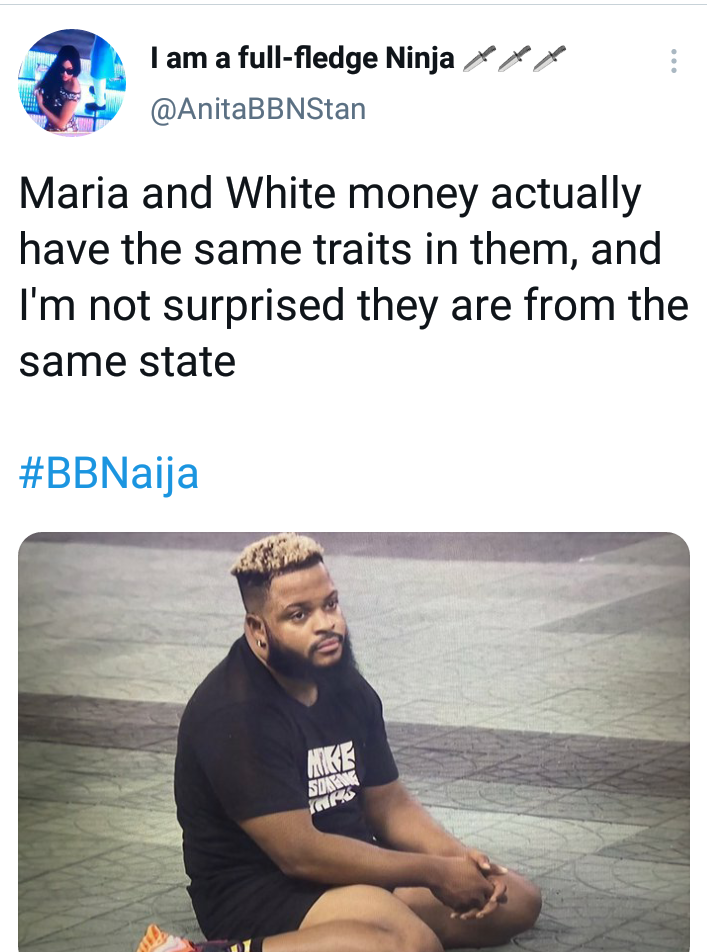 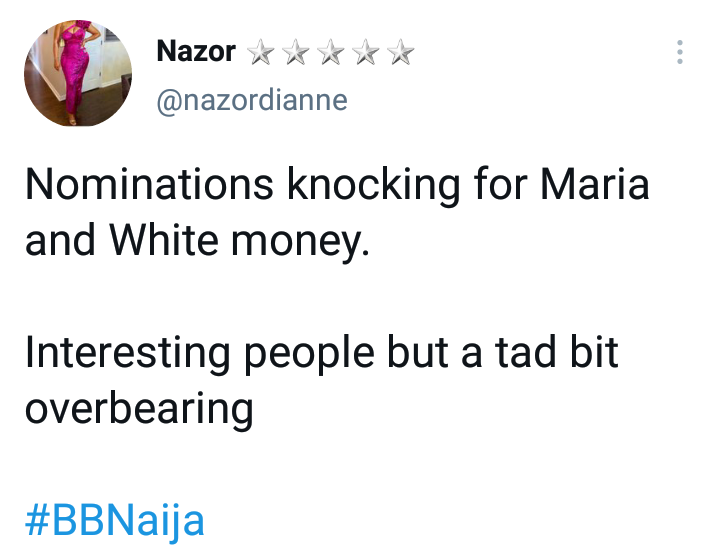 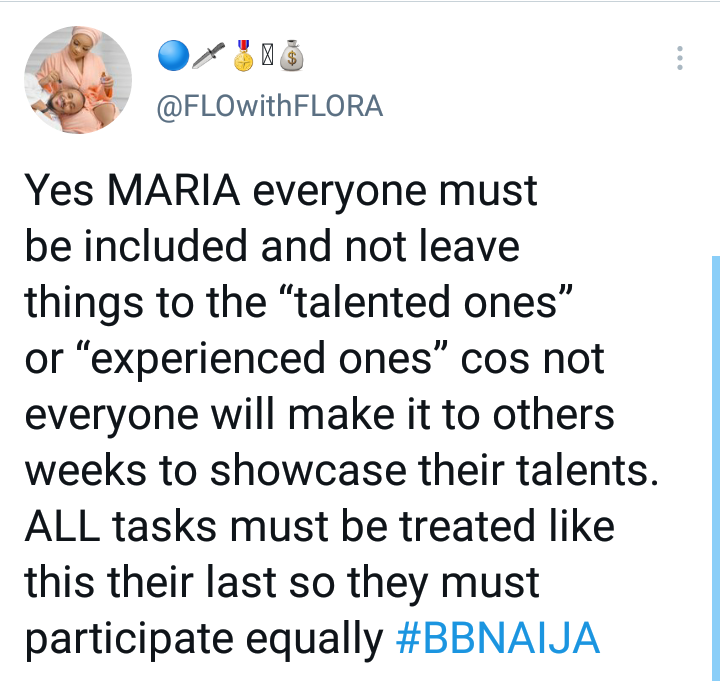 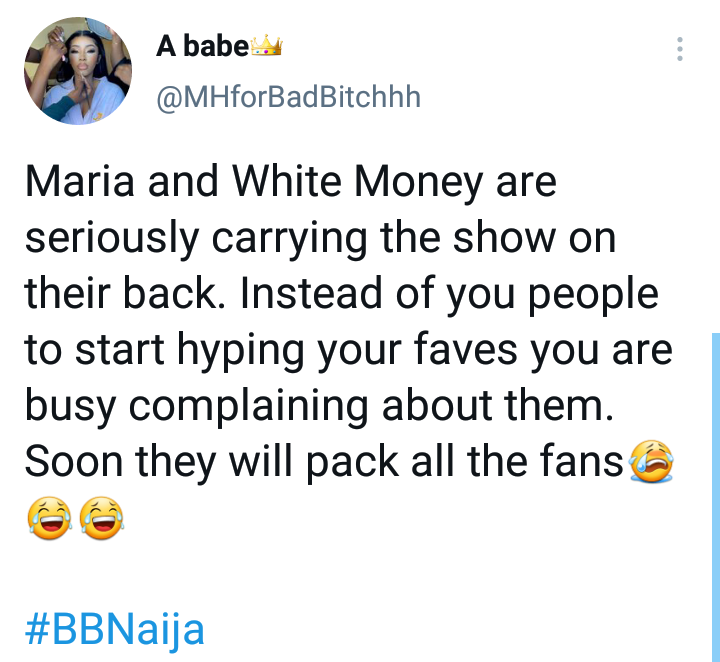 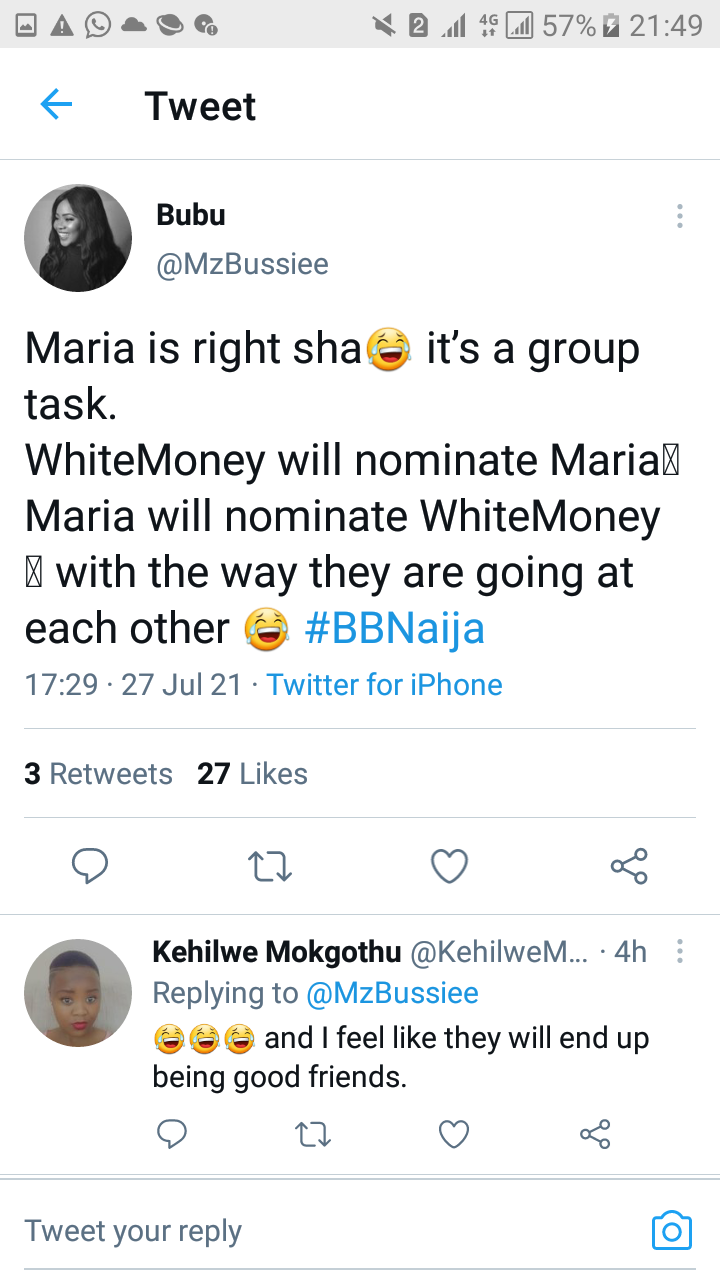 Content created and supplied by: Shade (via Opera News )