From the South African rappers who will Meek Mill be working with. Areece or Emtee?

By Izwelethu_News (self media writer) | 1 year ago

Mthembeni Ndevu also knows as the name of Emtee has been trending on Twitter following the Tweet made by the American star who asked the fans to pose questions about his upcoming album titled Expensive Pain. 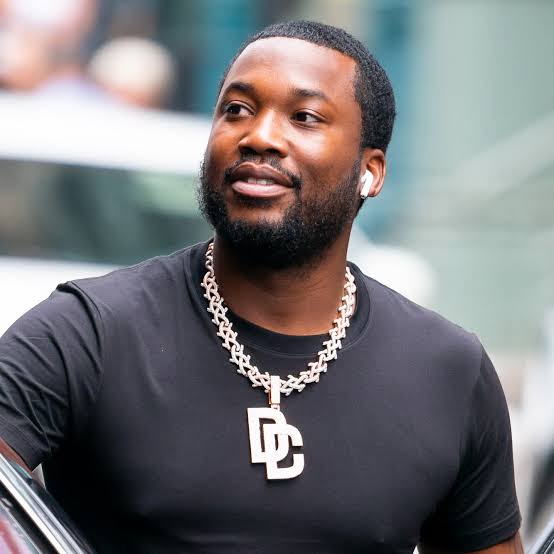 A local tweep asked if will be willing to work with any South African artist and he retweeted by asking who can that rapper be. 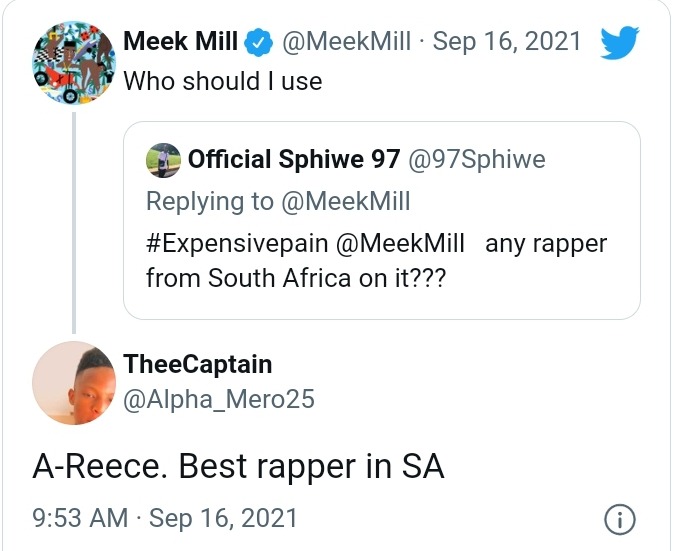 This is where Emtee fans vouched for him under the comments section. At first, a fan suggested Areece but following that was another tweet where the fans of Emtee suggested him. The pictures below are taken from Twitter. 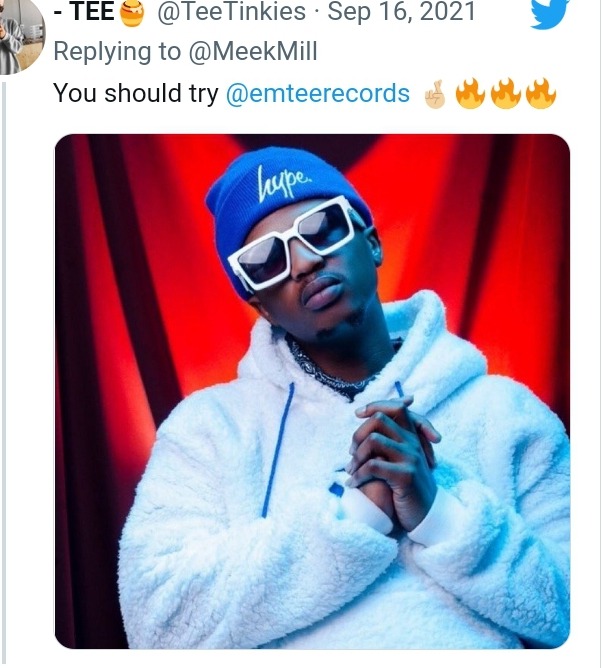 Another fan replied as follows: 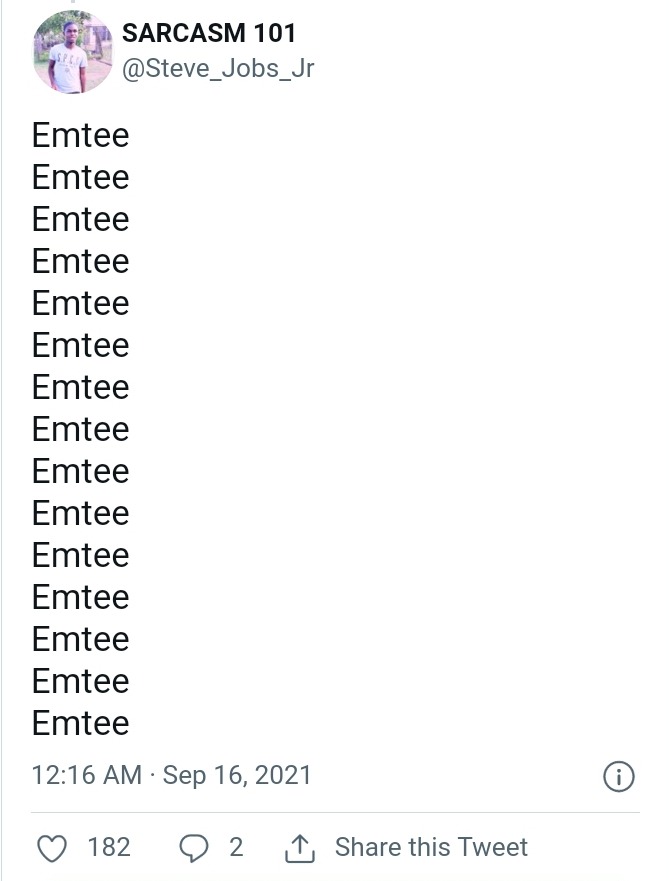 Emtee was aware of this and he stepped in and tweeted Meet Mill on his Twitter. 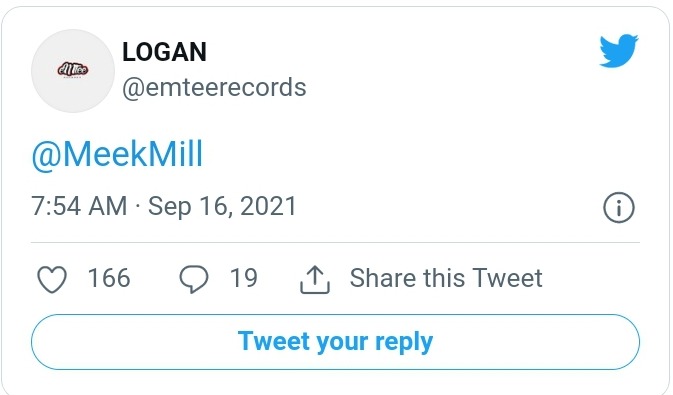 Some tweeps, however, believed that Areece is the best rapper. Areece recently released a song in which he responded to a diss track by Priddy Ugly. 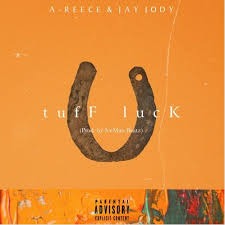 Priddy ugly has no beef with Areece he only released a diss track to get attention. In his response he said he only thrown out my name because he is washed up, you are preaching to a choir without a congregation.

The title is titled Tough Luck which is a sarcastic way to express sympathy. He further explains why he was not bothered when he released that song. What Areece said is that Priddy Ugly is dissing him because he used him for clout as a business moves not because he hates.

"So tuff luck luck you didn't get the lump sum you was preying for in my perspective", Areece mockingly responded to Priddy Ugly.

That was quite hard especially because they were on good terms back then. However, even though Areece might have gone hard on Priddy Ugly he allegedly wanted to apologize. A source revealed.

What Priddy started seems to be working, needed thus section of hip hop, healthy need equals entertainment to the sans of the genre, and for whatever sick minds we have, we enjoy Hip Hop tracks better like this.

Perhaps the fans were correct about Areece being the best South African rapper who can work with Meek Mill on his Album.