You 89.8FM is a radio station that is based in North West made their official statement that , the radio station will no longer plays Robert Kelly's Music as he was found guilty of abuse . 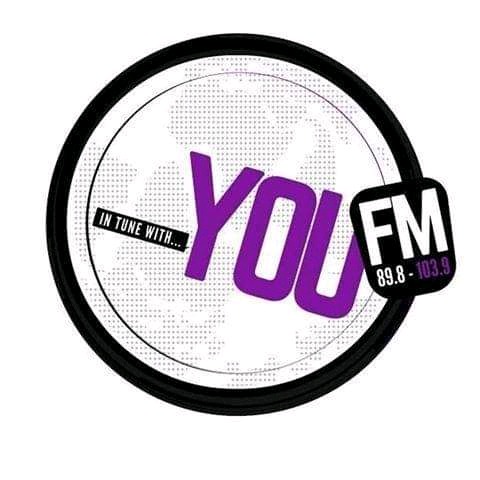 Robert Kelly is been on the news for quiet sometime now , as it was alleged that he abused children sexually .

A South African commercial radio station You FM shared their statement on their official Facebook page that , the radio station will ban all the music that is sang or produced by this artist .

It seems like this doesn't went well to most Listners of the radio station as they believe , they not punishing the singer but they punished their Listnership .

You FM wrote " Officially banning all music produced and performed by R Kelly , Following the criminal conviction of the singer . You FM officially ban all music done by R Kelly " - You quoted .

To most of the Listners do not the idea of the radio station , one Listner said , " You being unfair to your listners as R Kelly dont even know your existance but your loyal Listners will be punishable by you for not playing their music "

The controversial continued on social media and some people are asking the radio station to review their statement . 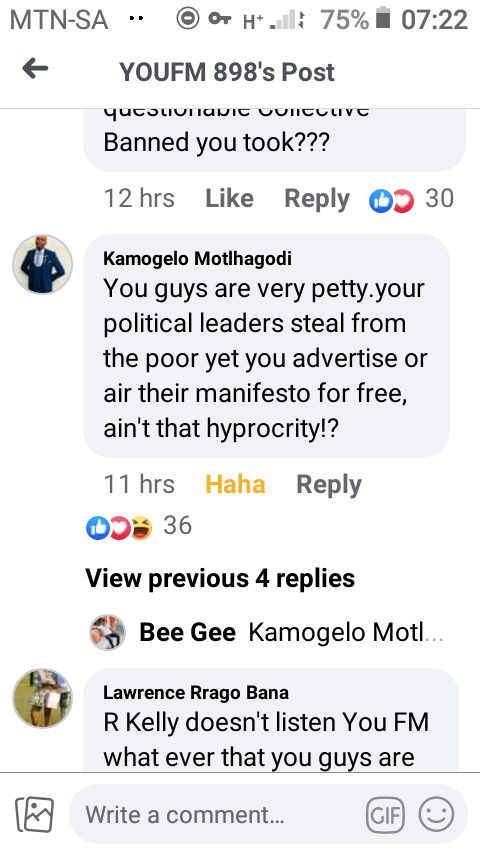 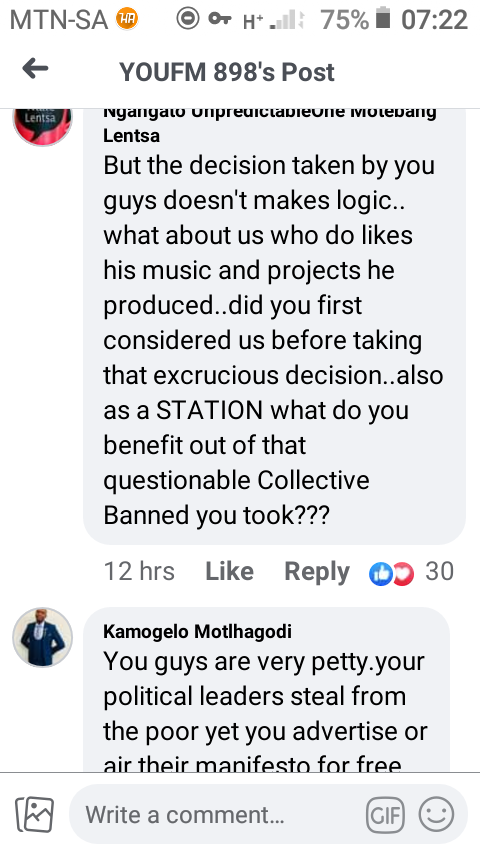 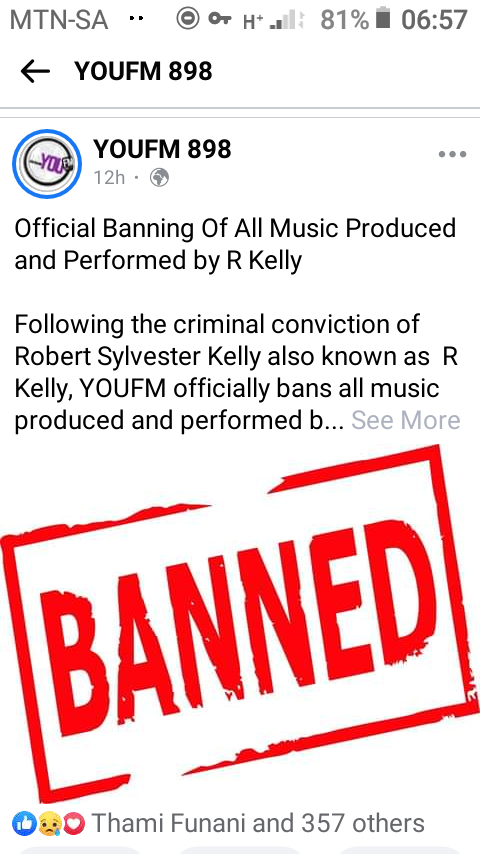