Natasha Thahane (born 25 September 1995) is a South African actress, model, and media personality. She is best known for her roles in the television series Blood &Water, SkeemSaam, The Queen and It's OK We're Family. Thahane was born in Orlando East to Trevor Thamsanqa Tutu and Nomaswazi Mamakoko. She is the granddaughter of Archbishop Desmond Tutu. She moved to Cape Town where she attended Milnerton High School. She went on to graduate with a degree in accounting from the University of Witwatersrand. In 2018, she completed a 1-Year Conservatory program in Acting for Film at the New York Film Academy in Manhattan.

After Natasha Thahane took to her social media account to announce she got an acting scholarship in America, things didn't end well for her instead of people feeling happy for her they started dragging her accusing her of lending the scholarship unfairly as the are other kids out there who apply for scholarships but they don't get it. 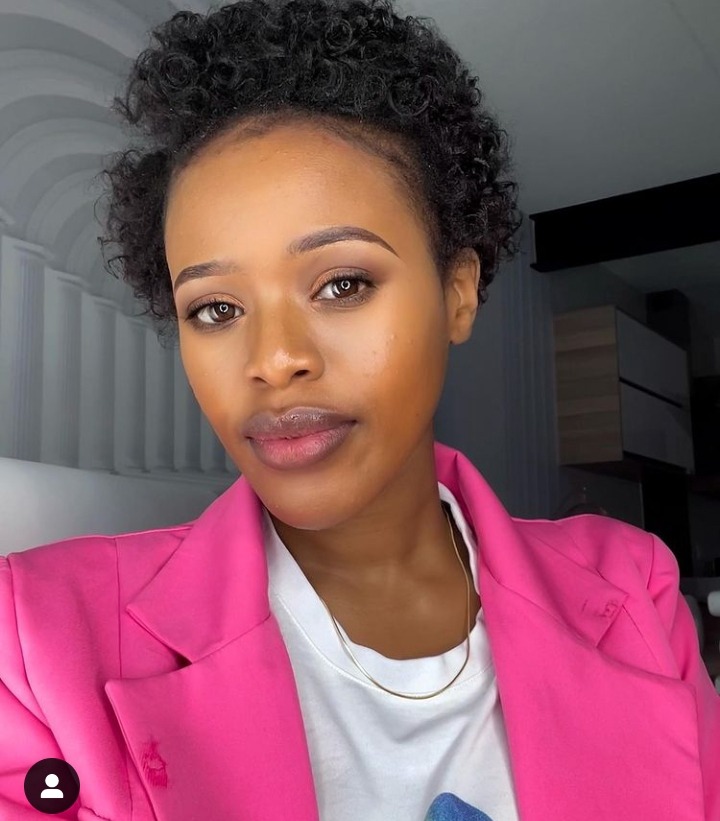 I guess Natasha got offended she then decided to prove to people that she applied a long time ago as she didn't get any replies. She then took to her social media account to provide proof that indeed she applied and what people are saying about her all those allegations are not true. 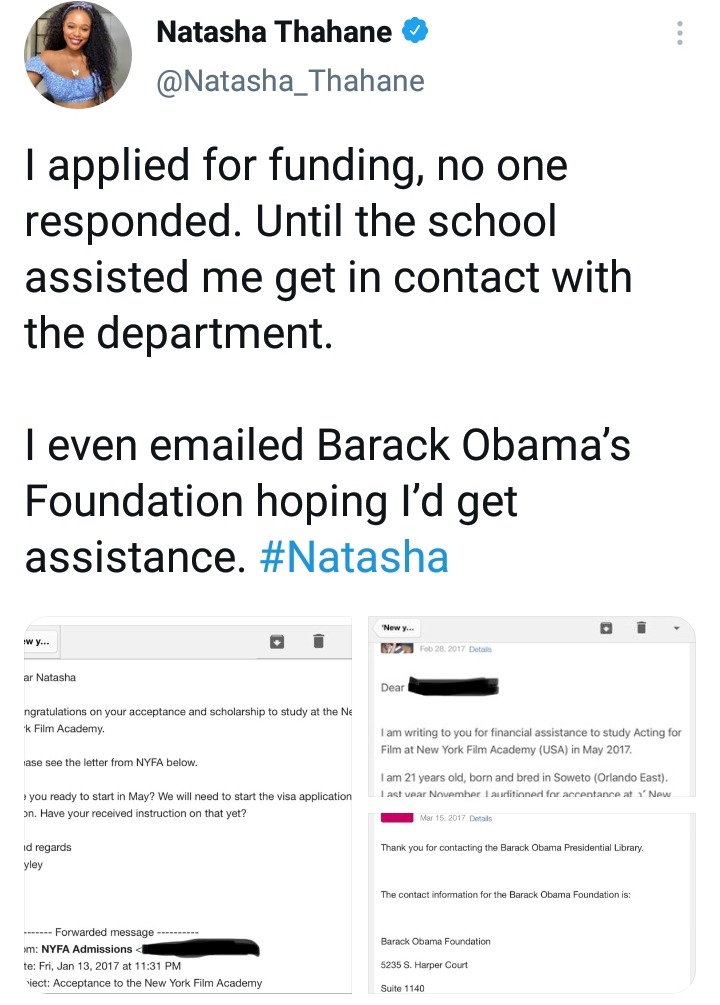 It's amazing how people can just sit and say such things about someone else pushing her to even prove her innocence like she is a criminal. I guess it's true when they say Twitter is a toxic place. 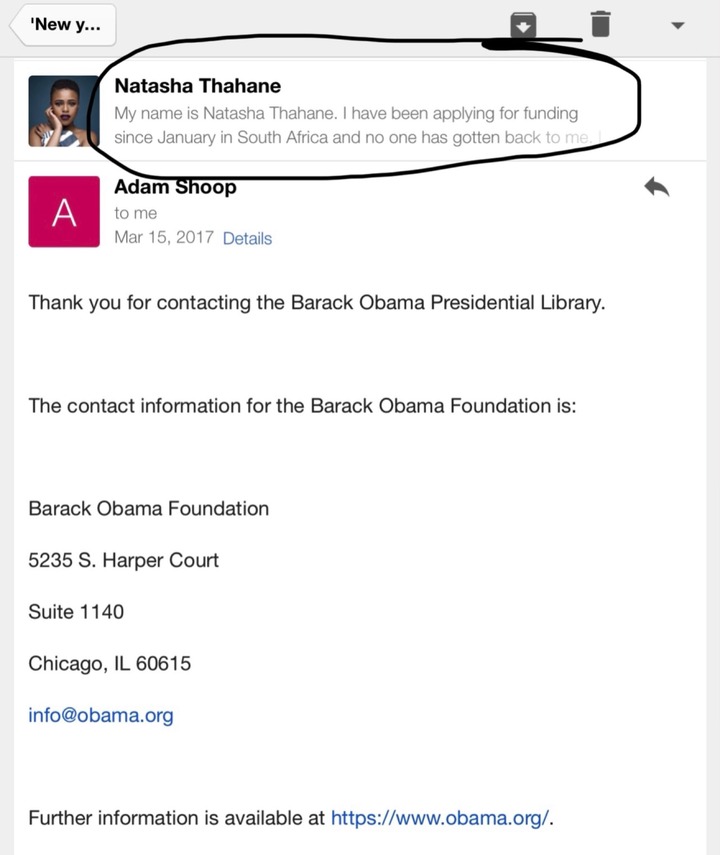 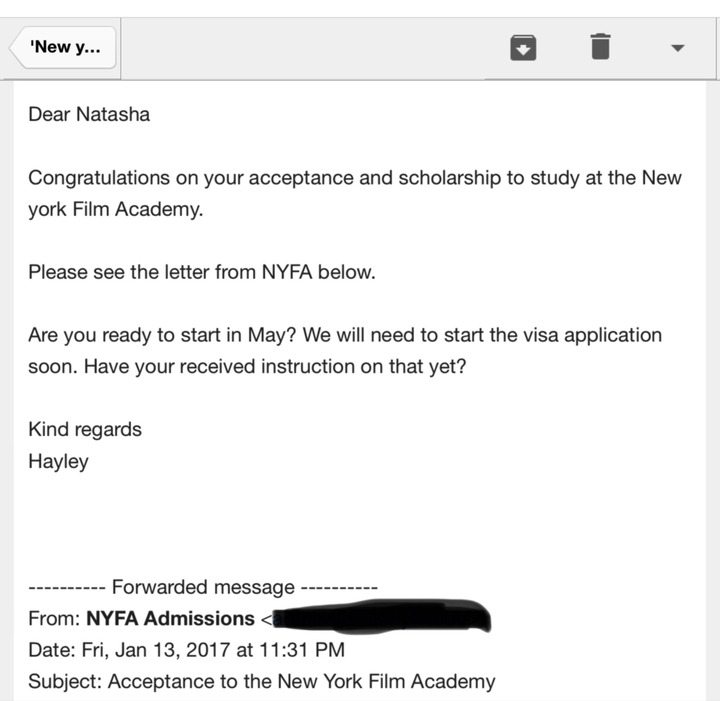 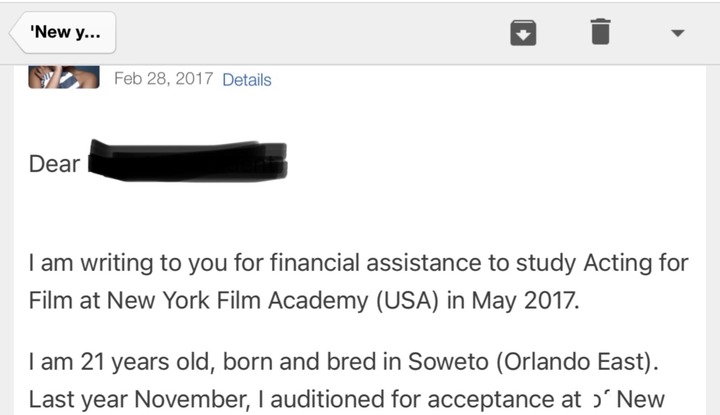 As South Africans, they should rejoice with her as it's not every day a South African get an opportunity like this one. It proves that as black people we don't wish anything good for each other but only the bad.

When You Eat 2 Bananas Every day, This Is What Happens To Your Body

Cabinet set to announce this important information about school