Over the years, a lot of artists have come and gone and we have gotten ourselves very much used to it.

It, therefore, comes as no surprise when one someone is a big artist and the next we have all forgotten who he or she or if he or she was ever an artist. However, it's not every artists career that ends in the air as there's some that have very long and steady careers. Others are still big names while others are on the down-low when it comes to their careers. A good example of an artist who used to be big back in the days but doesn't seem to be making waves like before is music producer, Heavy K. 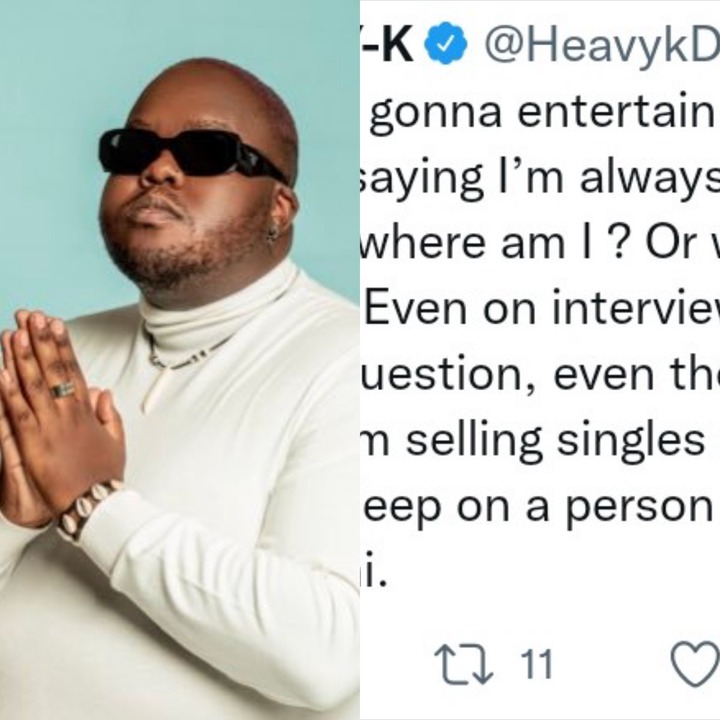 Back in the days, Heavy K used to make hit songs but lately it seems like he has been quiet. Well, that was before he came out and made a tweet where he said that he's tired of people asking where he is or what he's doing now when he has the number 1 song on South African radio right now. He assured people that he wasn't fighting or anything like that but, was just making people aware that he's still making music and is still very much relevant as his music is still being listened to. 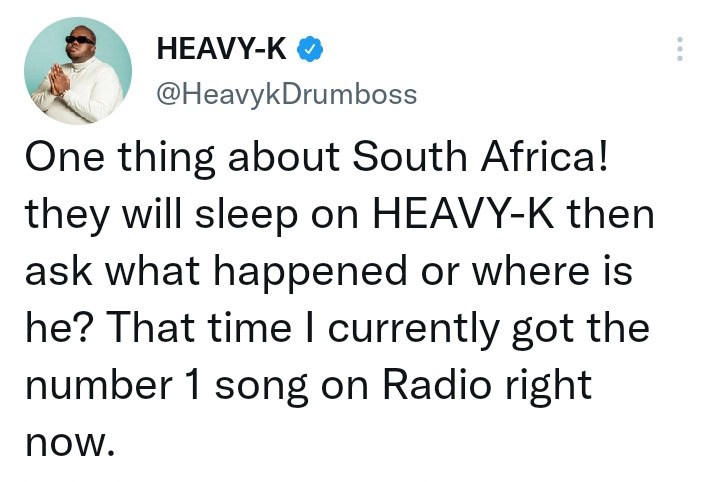 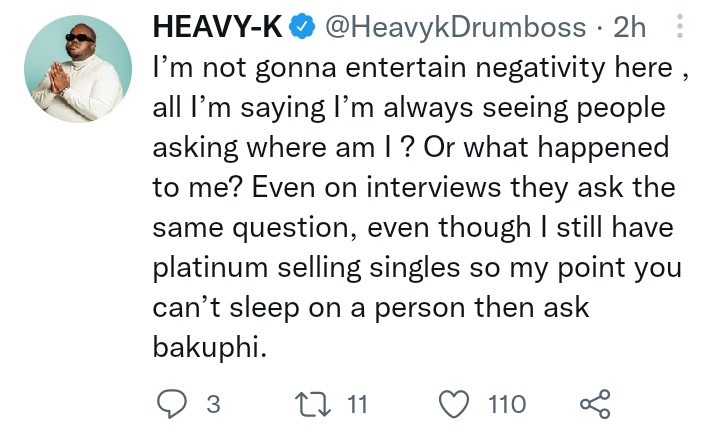 Most people who saw his tweet went to the comment section and let him know that just because he has a song that's hot on radio, that doesn't mean his song is that popular or a people's favourite. Some tweeps mentioned that if his music is was the top songs on most streaming platforms, then they would consider him as still relevant. But, because his songs are only making waves on radio, which is controlled by one person, it's as if his music isn't popular at all. 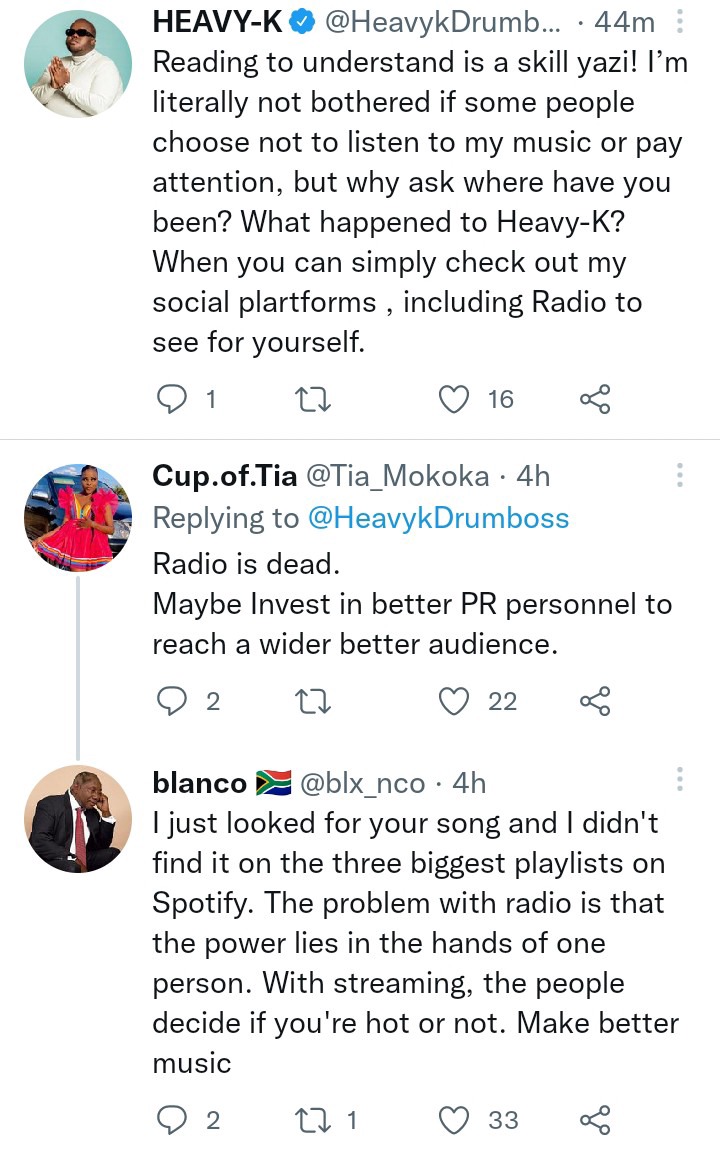 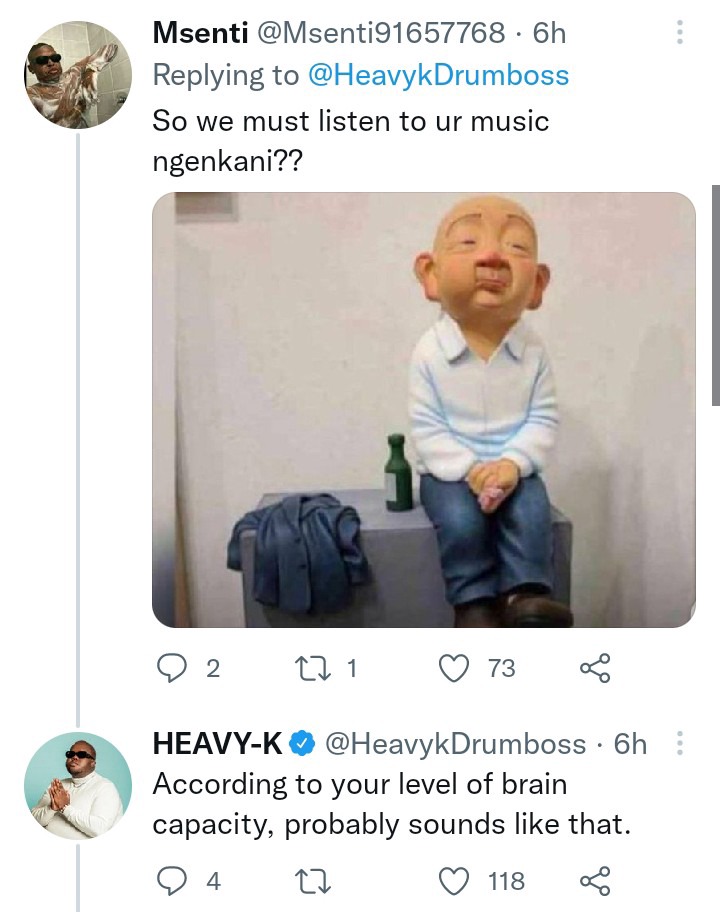 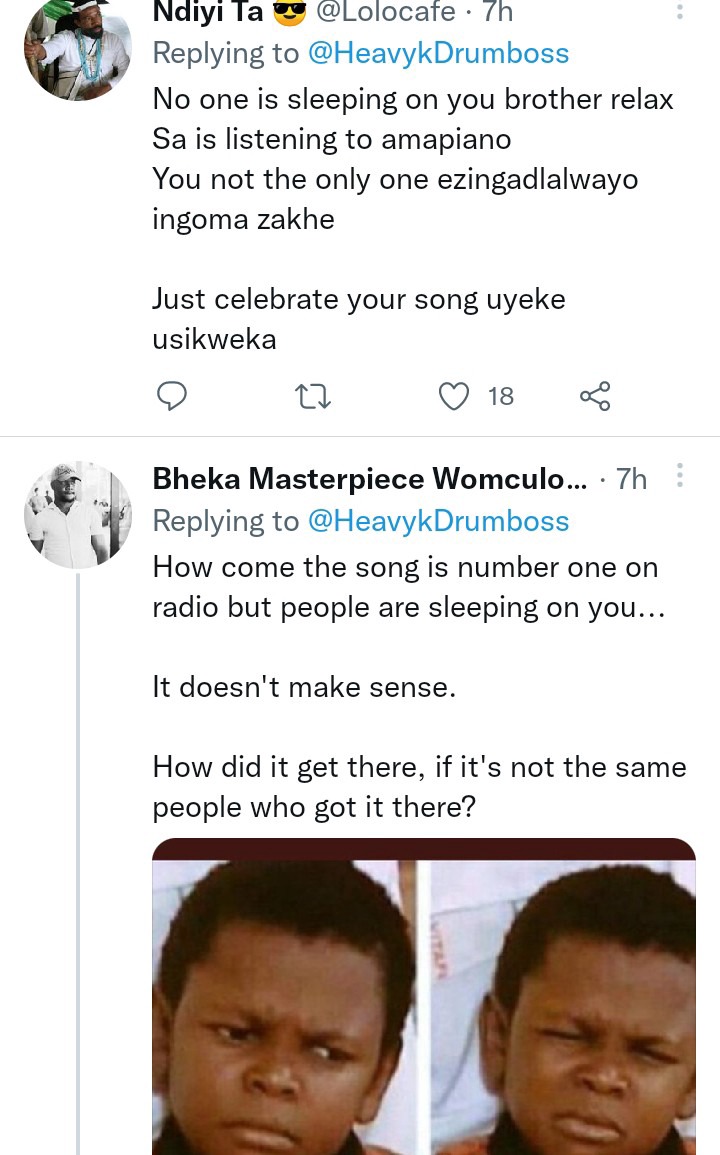