Cassper Nyovest recalls the time AKA hit him across the face.

By Phillipkitimi (self media writer) | 12 days ago

Cassper Nyovest, a heavyweight in hip hop, has spoken out about a confrontation he had with fellow rapper AKA in 2015.

Source: Cassper Nyovest remembers the day AKA slapped him (iol.co.za) 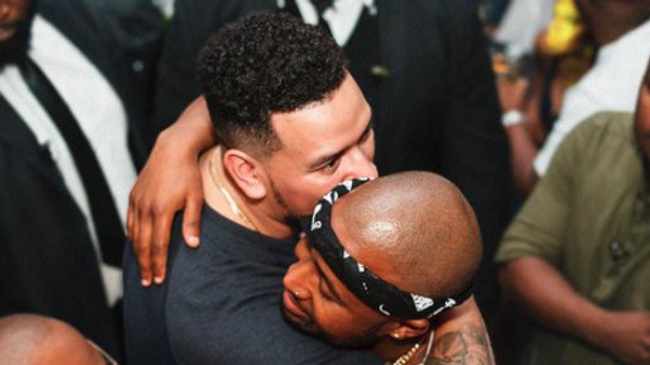 This comes after the celebrity commented on Nota and Stogie T's latest altercation, saying that he believed he made the correct decision not to fight back after AKA allegedly smacked him.

"I don't regret walking away after being smacked the cheap shot style that day." It was the right decision.

"That day, I was a joke." I kept my brand clean and preserved it. Everything went according to plan for me. Look at my life, dog! I'm filthy rich! "Who's the one who's laughing now?" he stated

I don't regret walking away after getting slapped in the face with a cheap shot. It was the right decision. That day, I was a joke. I kept my brand clean and preserved it. Everything went according to plan for me. Look at my life, dog!!! I AM VERY Rich now! Who's the one who's laughing now?

Stogie allegedly swung at Nota first, which allegedly ignited the brawl. He also claimed that Stogie had punched a woman two weeks before.

“Yes, it's real, Stogie T thought he could rumble with me...,” Nota wrote on Instagram. I pinned him to the ground and considered smashing his nose, but after second thought, I decided it was a good idea.

"Enough for him to wear a ripped shirt for the rest of the party." Why would you attack me while I'm wearing my Fubi x Ali platinum edition?"

Nota's comments prompted the Broke People artist to issue a statement on his Instagram page.

"I was minding my own business yesterday, at an event promoted as bringing hip hop together for the love of the culture, when Nota encroached on my sector," it wrote in part.

I saw this as a provocation and motioned for him to leave, which resulted in an ugly brawl."

Cassper said that he finally found an opponent to get into the boxing ring with, proving that the desire to throw punches is real among the hip hop community.

“Talking about boxing. Right now, I've got a match on my table. We might be able to entertain folks shortly if the cheese is increased appropriately. Get this thing going. I also need to return to the gym. “This should be a lot of fun,” he predicted.

When it comes to boxing, right now, I've got a match on my table. We might be able to entertain folks shortly if the cheese is increased appropriately. Get this thing going. I also need to return to the gym. This should be entertaining.

4 Mzansi Celebrities Who Have Been Mocked Over Their Taste Of Outfits. No.3 Will Left You Speechl