Twice As Bold is a show on Mzansi Magic that follows the Siko twins on their spiritual journey and their quest to yet again marry the same man. However, during the duration of the show we met their brother and step-father who were on their own quest to find more of their siblings.

Their adventure may have stopped short, but Bra Sipho revealed something harrowing this week. 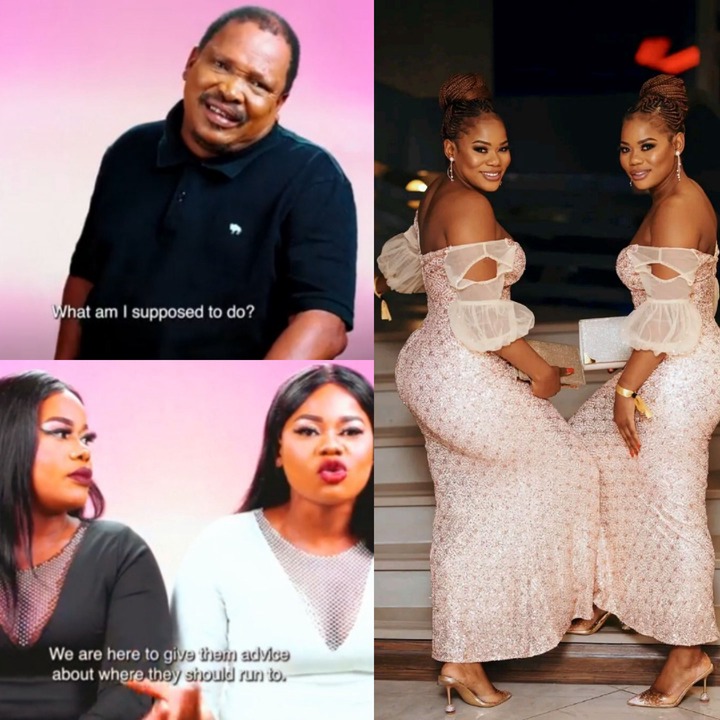 Bra Sipho is the twins stepfather who married their mother while they were quite little. He seemingly knew their father quite well and must have got together with their mother after he died (very odd). He was at the family reunion the twins were hosting and revealed something surprising.

That during apartheid, the twins father tried to fight for a rank to be in the township in Vosloorus instead of in town. He had died while in the midst of that and a drunk Sipho told us that he survived because of his cowardice. It was a sad tale to the story of the deceased father. 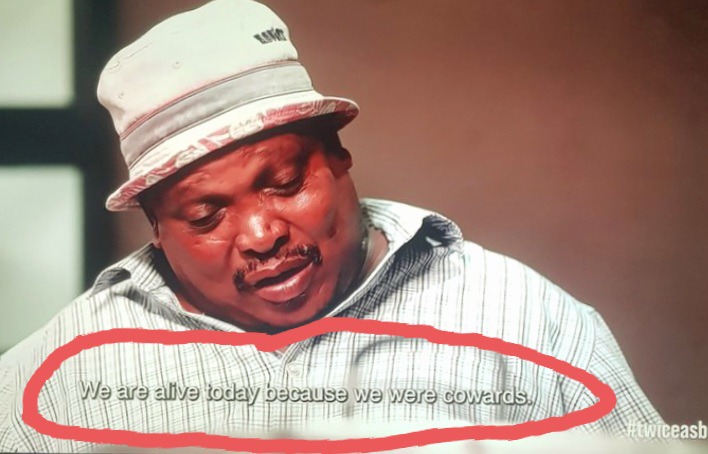 One suspicious user wrote, "#TwiceAsBold Sipho says their father died because he thought he was a taxi boss and Sipho was a fool. Today Sipho is married to the taxi boss baby mama…wow"

While another user speculated, "So bhut Sipho was the twin's father's friend. The father dies, and bhuti Sipho marries the twin's mother. I hope they find the killers #Twiceasbold #MzansiMagic161"

While another questioned his credibility as he was drinking and wrote, "Sipho cannot even open his eyes no talk properly he’s very drunk #Twiceasbold" 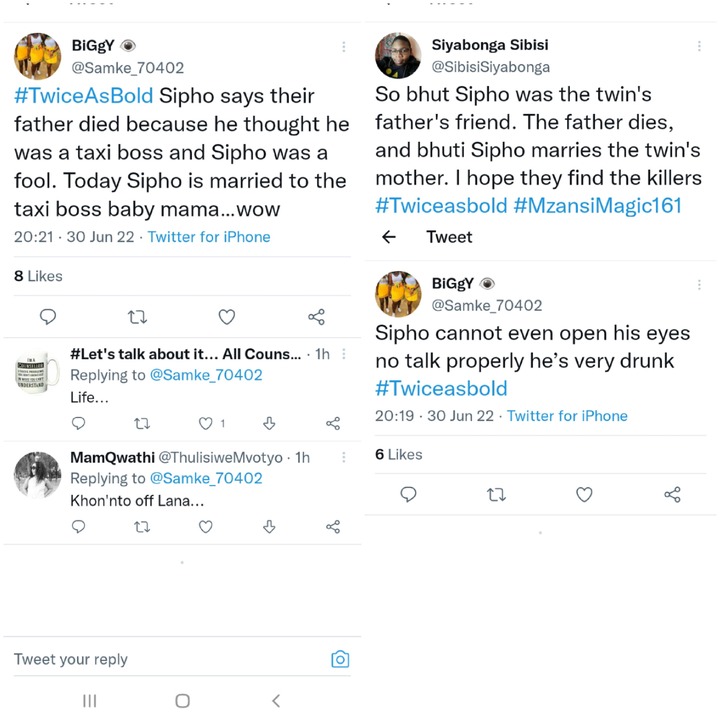 Its clear there was some wrongdoing where the twins' father is concerned. His death is still shrouded in mystery and that must hurt for the children he has left behind. 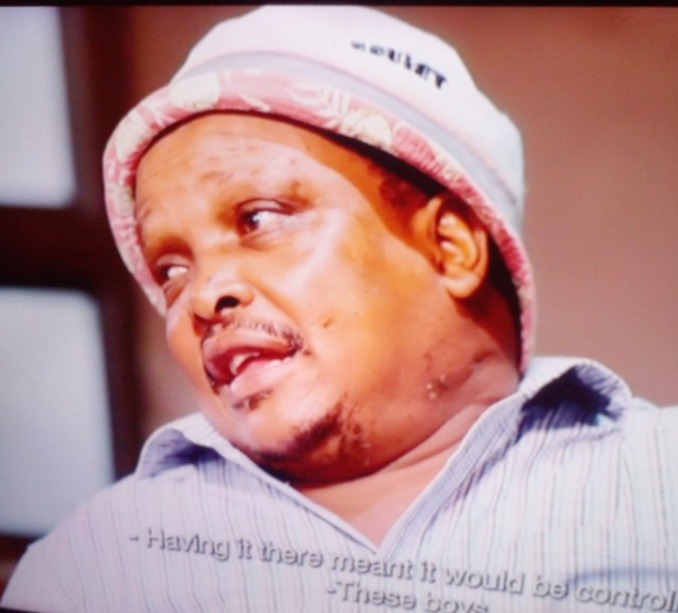 What did you think of this revelation? Let me know in the comments...💬