Meet The Husband Of Susan From Muvhango In Real Life

In the SABC @ soap opera 'Muvhango,' Maumela Mahuwa is best known for her role as Susan Mukwevho, which she played for a while. She was a rural girl before destiny whisked her away to the metropolis and into the spotlight of television. One of three individuals that have been with Muvhango since its beginning in 2002, Maumela has been with the organization since its inception.

For many years, information about Maumela Mahuwa's marriage and family was kept under wraps, but that is no longer the case. She has shared images of her husband on social media platforms such as Facebook and Instagram, but she has not identified him in the captions. She, like many other celebrities, likes to keep her personal life a secret from the public. 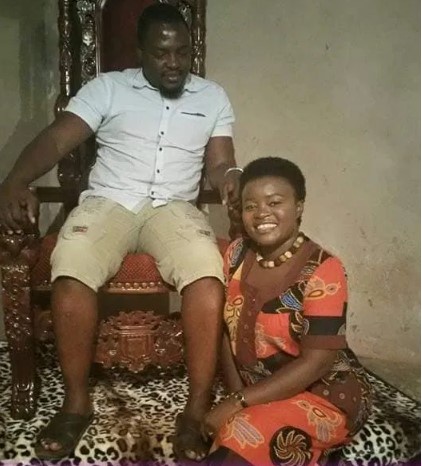 Her favorite actress and greatest inspiration was the late Lindiwe Chibi (Muvhango's first Doobsie), who died in 2011.

She is not only one of Muvhango's best actors, but she is also one of the show's most devoted fans, since she never misses an episode.

Generations and 7de Laan are two of her favorite television programmes.

When Maumela is not on television, she is significantly shorter and smaller than she appears on the show.

She is also a preacher and gospel vocalist in addition to her other roles. On Saturdays and Sundays, she preaches at a variety of churches and gatherings.

If it hadn't been for Duma Ndlovu's discovery, she would most likely still be a rural girl.

Maumela Mahuwa is also a gospel singer in addition to her other talents. Her earliest desire was to be a singer like Rebecca Malope, but she decided to pursue acting instead.

Top King in SA joins the EFF and encourages people to vote for the EFF, the party confirmed.

You will like taxi drivers after reading what they have done recently. A hero stuns South Africans

Foreigners again? After this car was hijacked outside the court at PTA, look where it was recovered.

Sensitive video of a worker who was shot in Menlyn mall, when criminals invaded, daylight. Sad

In shock - Gunshots in Menlyn Mall. What criminals used to escape the car spikes is questionable.

ANC member in Rustenburg gunned down