By Anne Koch (self media writer) | 2 months ago

Nota Baloyi has caused controversy by making statements about his ex-wife, Berita, as well as by asserting that Cassper Nyovest engages in witchcraft.

Nota Baloyi, a controversial podcast contributor and music executive, has raised some eyebrows on Twitter once again after making comments about his estranged wife, Berita. The comments were made by Nokuthula Ngcobo.

During his five-hour-long interview on the YouTube podcast Everything SA Music (ESAM) that took place on Wednesday, July 13, he took additional shots at Sol Phenduka for allegedly "selling out," elaborated on his comments about Mihlali being an object, and discussed Cassper's alleged use of witchcraft. When it came to the afro soul singer Berita, Nota suggested that she was a member of the Illuminati. 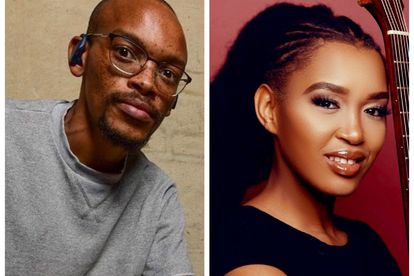 NOTA DISCUSSES HIS WEDDING TO BERITA IN THIS TALK.

Nota spent a significant amount of time discussing his marriage to Berita on the podcast he did with Rea Gopane and Black Steph. The wedding took place in the middle of the lockdown period in the year 2020, but the couple separated in January of this year.

Nota, who has in the past denied that his marriage to the Thandolwethu singer had ended, stated to the YouTubers that she "did not have what it needed to be loyal." He went on to assert that the message that was made public by Berita on social media on July 4 was written by her stylist, and he further asserted that "there was a battle against men."

The singer for Ndicel'ikiss made a statement in which she referred to Nota as "very irresponsible, dangerous, and disorderly." He simply does not pay attention to anyone around him. I cannot in good conscience support what he did. Berita had added, "I cannot even begin to count the numerous instances he has erred in his remarks. There are simply too many of them."

She went on to explain that she ended the marriage because she had reached a point in her life where she had to choose between staying married and staying alive.

"Solo Date" A guy posted as he shows off his food