By FinestNewz (self media writer) | 1 month ago

The media has been buzzing since last week and throughout this week when Molemo Maarohanye's ex girlfriend Amanda Du-Pont alleged that she was physically and sexually assaulted by jub jub for two years. Other women, including Masechaba Khumalo, the government spokeswoman, came forward to claim that jub jub had also raped her. Despite all of this, jub jub has been suspended as a host for the show uyajola 99 on the moja love channel since the rape allegations, and Macg has lost another sponsor for his podcast. Amanda Du Pont has said through her lawyers that she will not publicly apologize for the words she made against MacG after the tumultuous interview with Jub Jub. 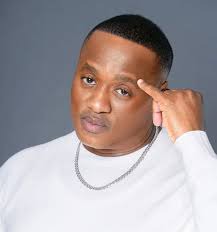 Apart from his relatives, particularly his mother, Mama Jackie, who dismissed the rape charges and questioned how someone could stay in an abusive relationship for two years, Molemo "Jub Jub" Maarohanye, a hip hop musician, has apologized unequivocally to his ex-girlfriend, actress and businesswoman Amanda du Pont, for the embarrassment and pain he gave her. Jub jub claimed  he's re-watched his interview with popular podcast series presenter MacG from last week and reflected on what he said. He admitted that it was not appropriate for him to reveal confidential facts about his relationship with Amanda, and that he deeply regrets his decision. He's also apologized to his supporters and the general public for using derogatory remarks.

With all of this said, and the rape claims leveled against him, jub jub has decided to let the law run its course, and has asked the media and the general public to do the same. 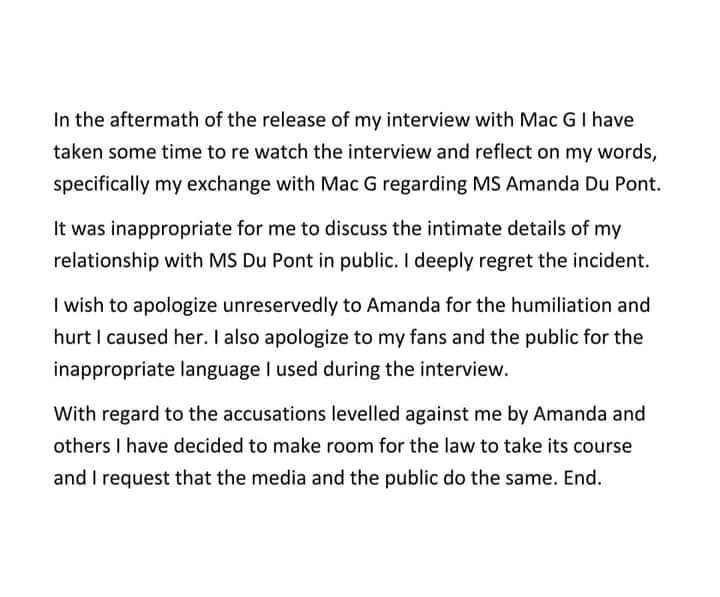 Content created and supplied by: FinestNewz (via Opera News )