Internationally acclaimed comedian and host of "The Daily Show" Trevor Noah may be living in the USA but his roots are still firmly planted in South African soil. The proof of this? His recent tweet which had many confounded Twitter users not from SA scratching their heads and asking, "what...?" 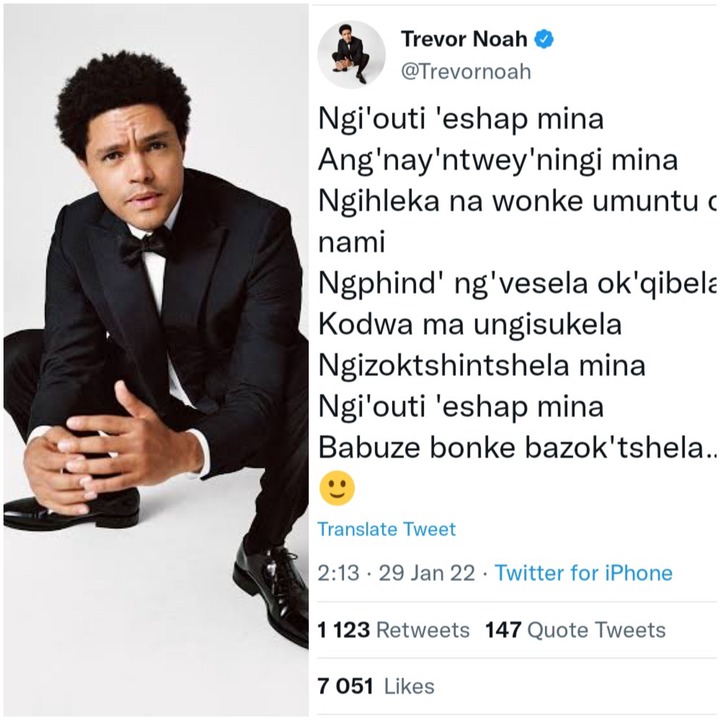 Trevor had just slammed known troll and avid n-word user Josh Denny who claimed he knew more about the black experience than an actual black man. A bizarre statement to come from a white man in America but I guess they're just built differently there. Who knows? Josh Denny, without any coercion whatsoever, wrote, "Trevor Noah has only lived in America as a millionaire. I know more about what it means to be black in America than Trevor." 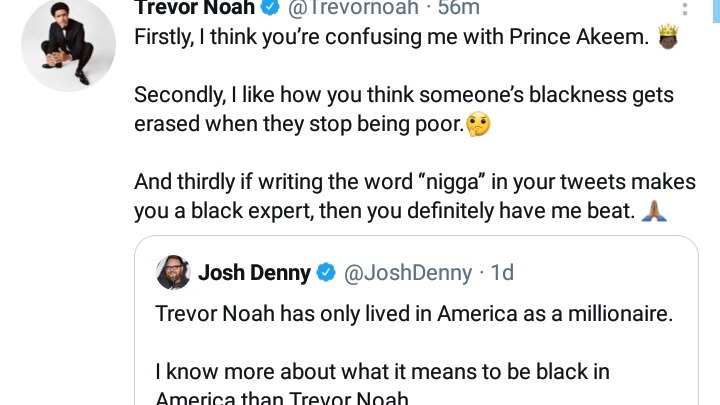 While Trevor's biting response put the nail in the coffin, everyone in the replies were still dancing on top of it gleefully. It was welcome reprieved to see the comedian (if you can call him that) flail, type "cancel culture" repeatedly while trying to abdicate any responsibility about his offensive and frankly disgusting Twitter account.

User @happyhappywho wrote, "Because all Black people in America are poor? Is that the “joke”?" Seeking clarity on the racist post. 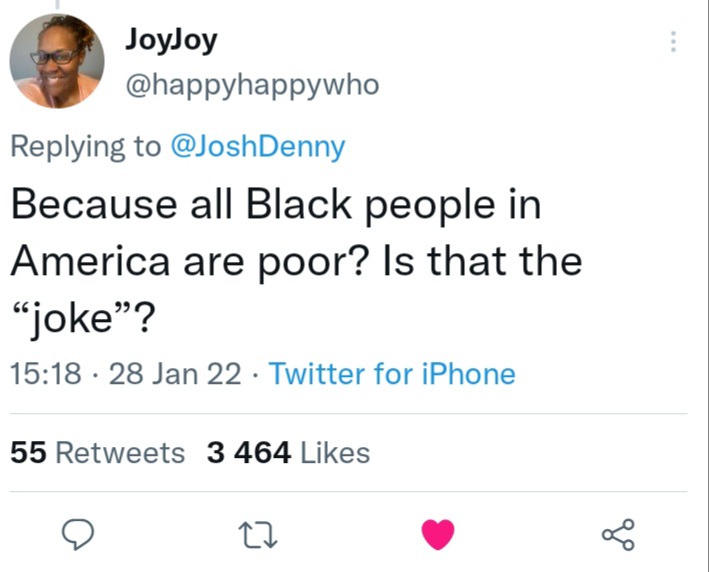 However, following the response, Trevor brought it home with lyrics from a very popular AmaPIANO song, Uzozisola by Mas Musiq. It was deliberate of course and a reminder that Trevor was literally born in an apartheid state. His life cannot be invalidated by an unsuccessful white man who believes his lack of fame equates to the black experience. 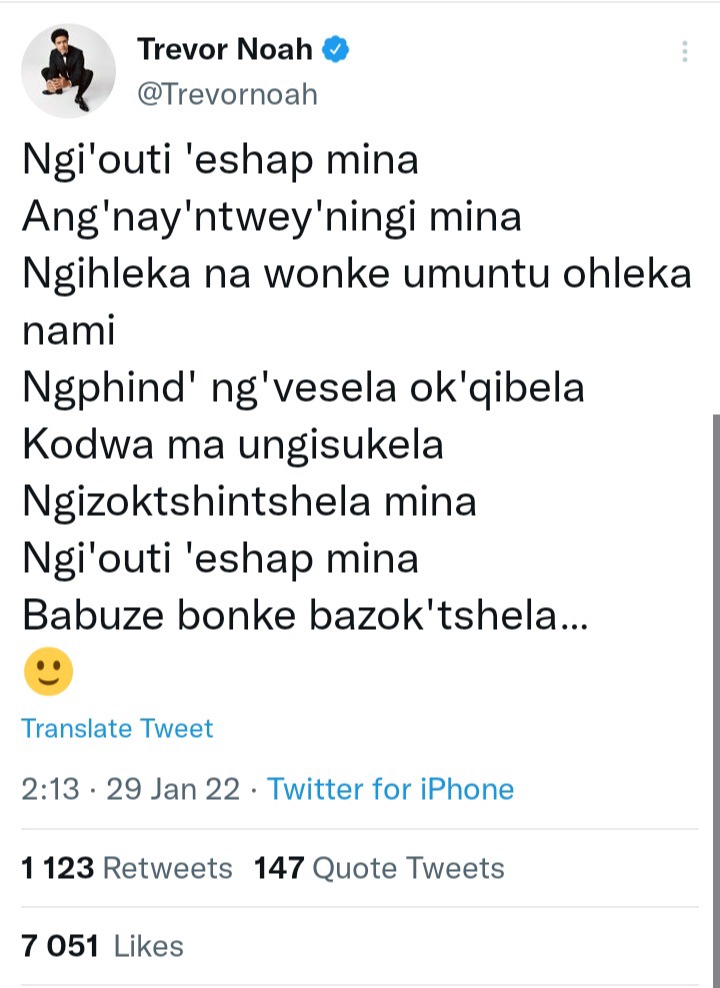 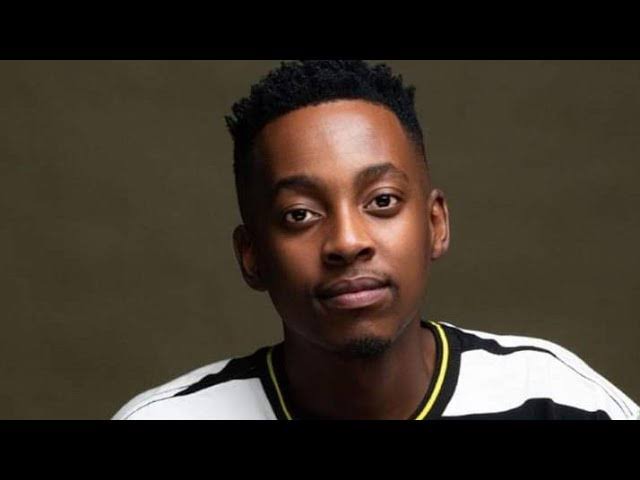 The comments under the post were hilarious as South Africans joined the chat, embracing the song and urging others not to translate the meaning. That was the funny part, the absolute annoyance at the very idea of someone giving away this very open secret. One user seriously wrote, "And the South Africans who decided to translate yini Inkinga yabo [What is their problem]?"

So for those seeking a translation, you can use this link, I don't want to be accused of not keeping mum! 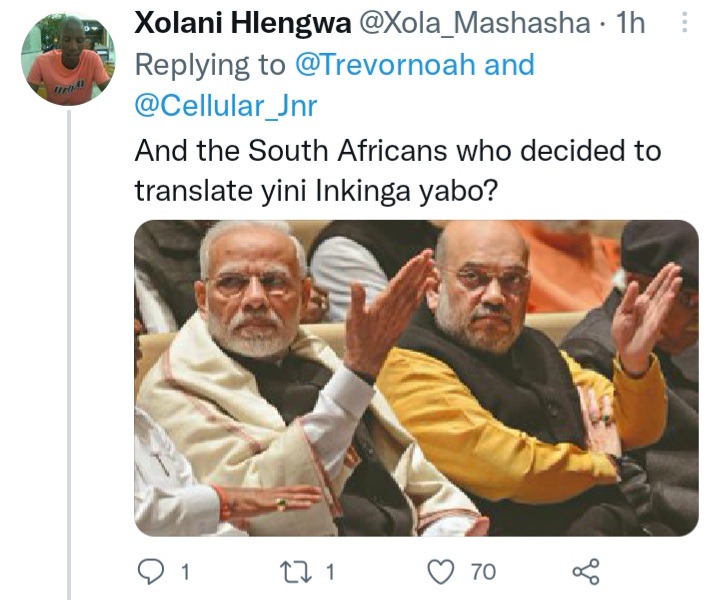 I love Trevor Noah. I think he is our national treasure and this reminder that he is still within the culture? Priceless. However, I think we underestimate how much of a target being in America makes him. The Black Lives Matter movement was not borne out of boredom, but out of necessity. Black people in America are constantly in danger. I discovered while trying to search Josh Denny that I already had him blocked and rightfully so. 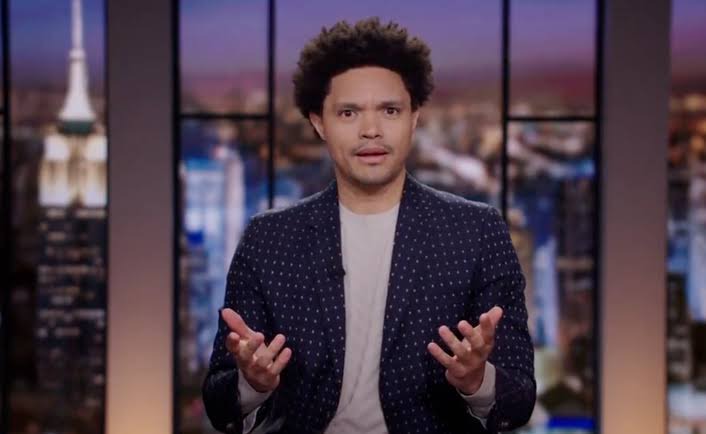 I love that Trevor holds his own against trolls of all kinds. I also love that he makes sure to keep his fingers on the pulse of the his home. That is what will make him a fixture for the culture, knowing what to say, when to say it and how to say it.

What do you think of his use of Mas Musiq's lyrics? Let me know in the comments...💬