How Did The Joker Get His Scars? - The Dark Knight 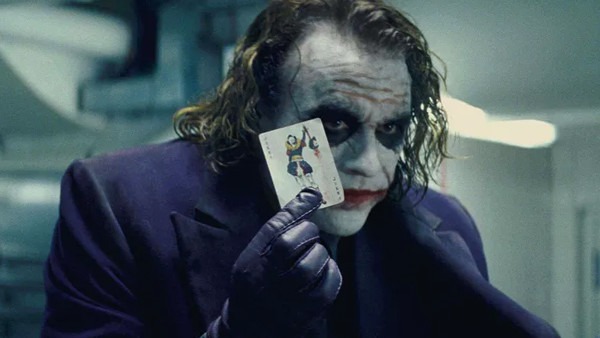 The Joker (Heath Ledger) from The Dark Knight is one of cinema's most iconic supervillains, and one of his most notable tics was his tendency of presenting contradictory explanations regarding the cause of his hideously damaged face.

In the movie, we hear two plausible explanations: his drunken, violent father did it with a knife, or The Joker himself inserted a razor in his mouth to match the scars on his wife's face, which was cut by loan sharks.

During the climactic struggle with Batman (Christian Bale), the Clown Prince of Crime prepares to tell a third story, but is interrupted by the Caped Crusader.

While it's possible that one of The Joker's many theories is right, it's more likely that the cause is much more banal and less spectacular, which is more in keeping with his fun lunacy.

What's your best guess? Isn't it more poetic if he was born this way or if it was a more innocent accident that happened to him as a child?

What are your thoughts on these engrossing film mysteries? Let us know in the comments!

Who Was Infected At The End? - The Thing 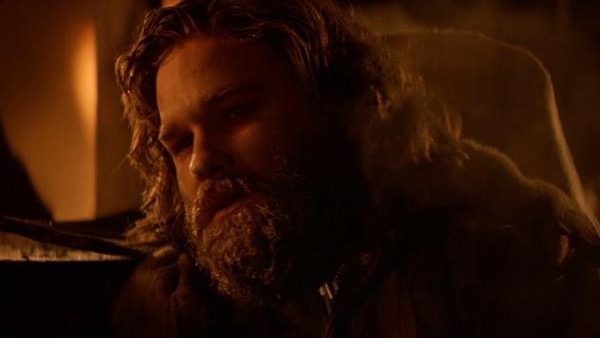 One of the most violent and exciting cliffhanger endings ever seen in a sci-fi horror film is found in John Carpenter's unique sci-fi horror masterpiece.

MacReady (Kurt Russell) and Childs (Keith David), the two last survivors at the Antarctic research center, have set fire to the camp in the hopes of killing or containing the titular extraterrestrial parasite.

In the last scenes of the film, MacReady and Childs sit in the snow, watching the camp burn, both quietly suspicious of the other but unable to intervene.

Before we fade to dark, they drink a flask of scotch, presumably admitting that they're all doomed, whether or not one of them is The Thing.

It's a terrifying, nihilistic conclusion that leaves The Thing's true location and identity completely unknown. According to one popular fan theory, MacReady changed the scotch with gasoline in order to test Childs, and his lack of reaction to the gasoline would seem to corroborate that he is The Thing.

Kurt Russell, on the other hand, has dismissed the hypothesis, and Carpenter has stated unequivocally that he never intended to indicate an answer in either direction.

Actually, a more suitable conclusion would be for neither of the men to host the creature, with their paranoia condemning them both to a sad death.

Who Is The Real Mandarin? - Iron Man 3 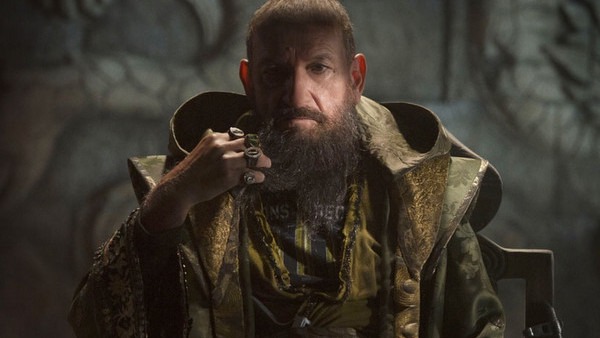 Iron Man 3 made the bold move of revealing that Ben Kingsley's ostensible enemy The Mandarin was not who he seemed to be.

Instead, Kingsley portrayed Trevor Slattery, an actor hired by the "actual" Mandarin to portray the comic book villain in an idealized, exaggerated form.

Aldrich Killian (Guy Pearce) claims to be the real Mandarin in the film's climax, despite lacking many of the character's typical characteristics.

The rug-pull upset fans so much that Marvel Studios walked the twist back in the One-Shot short film "All Hail the King," which was perceived as disrespecting a legendary Marvel baddie.

The brief stated that a third, legitimate Mandarin was on the way, with the suggestion that he was significantly more close to the traditional comic book portrayal, complete with Ten Rings.

So, who is the Mandarin of the Marvel Cinematic Universe? Unfortunately, we're unlikely to ever get a definitive answer, as this plot line is likely deemed a poisoned well by Marvel Studios management, and they just rustled up this short to appease the enraged fans.

But, this time, we can probably presume he's at least half-Asian, right?

Did Randy Die At The End? - The Wrestler 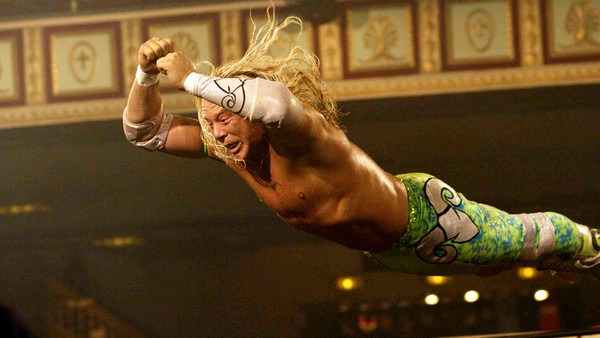 Randy "The Ram" Robinson (Mickey Rourke) goes to the top turnbuckle and prepares to leap off, despite chest symptoms that indicate he is likely to succumb to a heart disease he was diagnosed with earlier in the film.

After Robinson jumps, Aronofsky goes to darkness, leaving the consequences of his landing and his ultimate fate uncertain. Rourke has claimed that Robinson's heart explodes on impact, but Aronofsky has been steadfast in his refusal to affirm the reality in either direction.

But the sad poetry of Robinson willingly plunging into the abyss in order to delight the audience and prove to himself that he still has it is simply too damn amazing. Let's be honest: Rourke is correct on this one.

Who Was Supreme Leader Snoke? - Star Wars: The Last Jedi 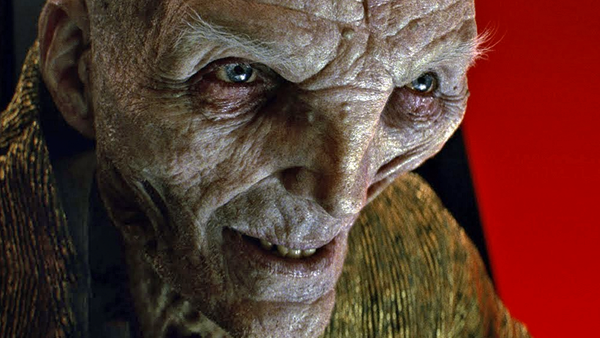 Despite fans' expectations that Supreme Leader Snoke (Andy Serkis) would be the trilogy's Thanos-style big evil, the world was surprised when he was split in half by Kylo Ren (Adam Driver) two-thirds of the way through Star Wars: The Last Jedi.

And with that, Snoke was booted from Star Wars before anyone had a clue who he was, naturally angering many fans in the process.

Snoke was several hundred years old in Andy Serkis' mind, and his skull had been damaged by a previous battle, two facts that most fans can easily deduce regardless. However, in terms of concrete information, it's largely up to the fans.

Snoke could be the infamous Sith Lord Darth Plagueis, according to a popular fan belief, who discovered a way to defeat death but was allegedly slain in his sleep by Palpatine (Ian McDiarmid).

With Kylo Ren very definitely replacing Snoke as Supreme Leader in Episode IX, there's little reason to believe we'll ever get a convincing explanation for his origins, at least in the movies. However, keep your fingers crossed for a novelization that spills the beans.

What Was In The Briefcase? - Pulp Fiction 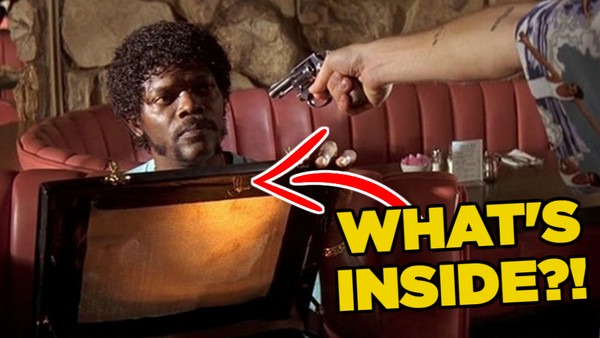 The undisclosed contents of the bag acquired by Jules (Samuel L. Jackson) and Vincent (John Travolta) for their employer Marsellus Wallace (Ving Rhames) in Pulp Fiction remain the most enduring mystery of Quentin Tarantino's distinguished career.

Despite the fact that the briefcase is a major plot point, the audience isn't given much information about what it might contain, except from an orange glow emitting from it and the case being unlocked with the combination "666." (aka the Number of the Beast).

The most popular fan theory is that the bag holds Wallace's soul, with the peculiar plaster on the back of his head signifying that his soul had been "sucked out" previously.

Tarantino has confessed that there is no conclusive explanation, and despite the fact that the bag was originally intended to contain diamonds, he decided against it since it was too generic.

Whatever's inside, it's clearly of enormous importance to almost everyone, and it's telling that Ringo (Tim Roth) recognizes it after only a few seconds of looking at it.

The soul theory wins out because it's very inventive and just strange enough to fit within the movie's reality, but it might be anything you or the characters think is worthy in the end. 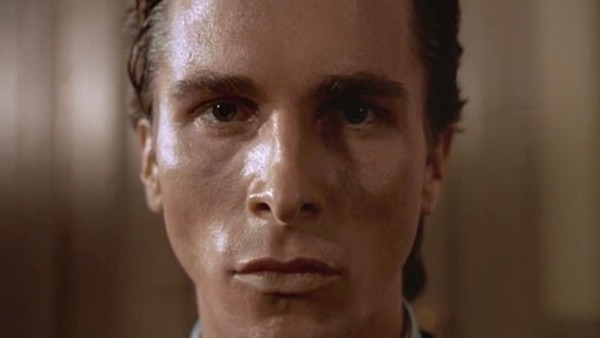 When he's not crunching figures and schmoozing, Bateman is busy ruthlessly slaughtering those who irritate him, but after a chaotically violent conclusion, he leaves a confessional phone message for his lawyer at the very end of the film.

The delicious irony is that the next day, Bateman's questions regarding the voicemail are laughed off, implying that his deadly deeds were simply the delusions of a mentally ill man.

Both endings would reinforce the film's satirical connotations, whether real or not, though the surrealism of Bateman actually committing some of the murders and being unable to bring himself to justice despite the fact that he is a wealthy white guy is just too wonderful to resist.

Director Mary Harron claims she didn't mean to communicate the likelihood that every murder was staged, as many have assumed, and that Bateman did something at the very least. 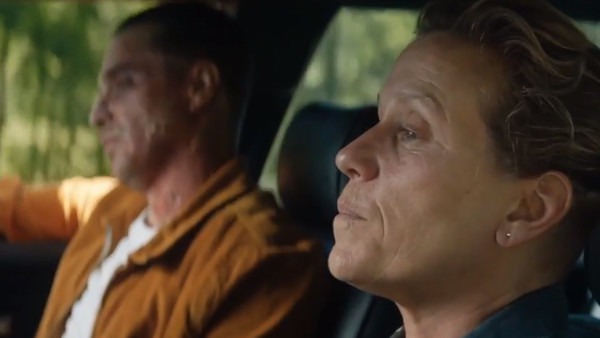 Officer Dixon (Sam Rockwell) examines a man from Idaho who he overhears talking about raping and murdering a young girl in a similar manner later in the film. He's not their person, though, because he was out of the country at the time of the murder and passed a covert DNA test with flying colors.

The real murderer is never revealed, and the film concludes with Mildred and Dixon planning a road trip to kill the Idaho man, who has definitely raped and killed someone.

The predominant assumption is that the killer is Charlie (John Hawkes), Mildred's ex-husband and Angela's father, who is shown to have an interest in young women and a proclivity for violence when inebriated.

But, like Inception, the finale seems to be more concerned with what it reveals about Mildred and Dixon's characters than with the finer specifics of who and what.