By Beautyk.Entertainment (self media writer) | 2 months ago

Uncle waffles is the most controversial Dj in South Africa at the moment. Some claim that people book uncle waffles for her looks and dancing skills rather than her skills. Week after week uncle waffles trends on Twitter this time they are comparing her Julius Malema, when videos have been circulating of him on the decks. 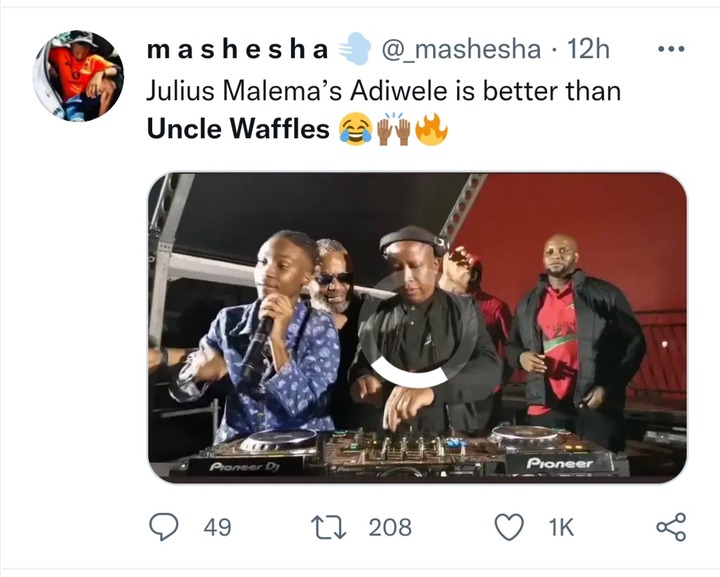 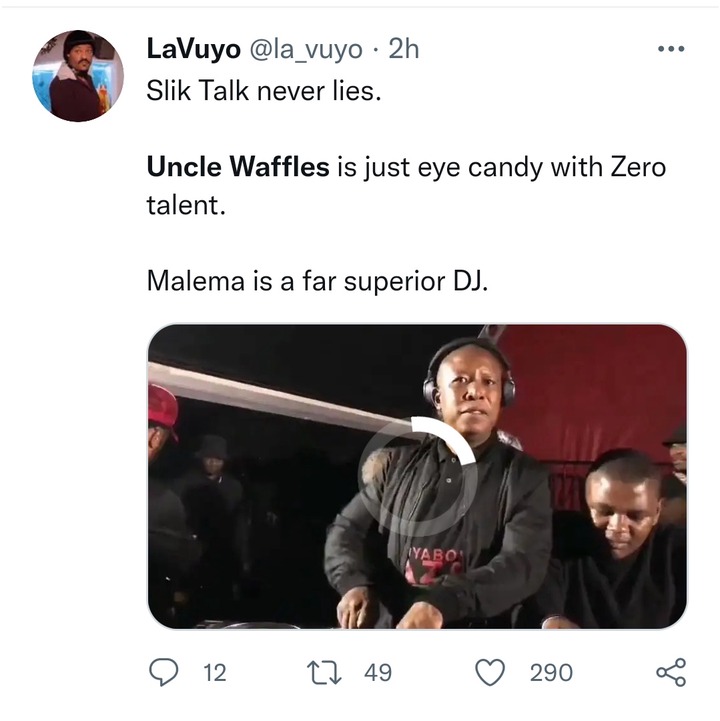 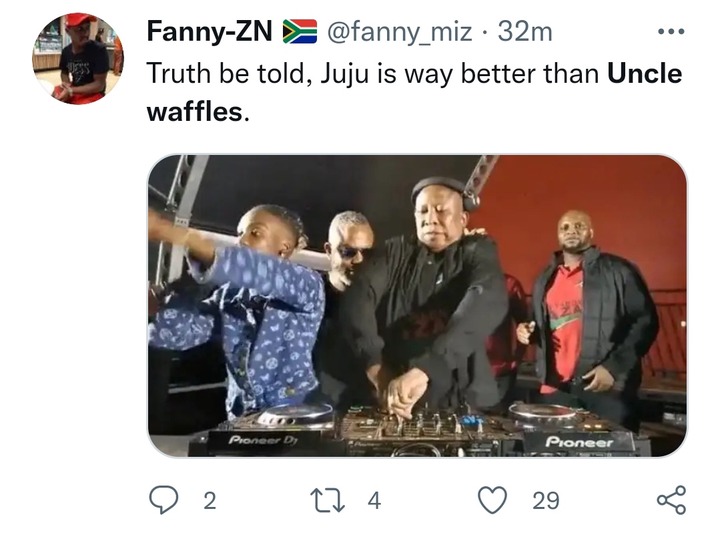 Julius Malema hosted a party to thank his supporters for voting for him and during the event he attempted DJ'ing and people have now used that as an opportunity to drag Uncle waffles. Stating that Malema is a better DJ than uncle waffles. Uncle waffles performs young Stunnas 'Adiwele' on every set and Julius Malema performed the same song. 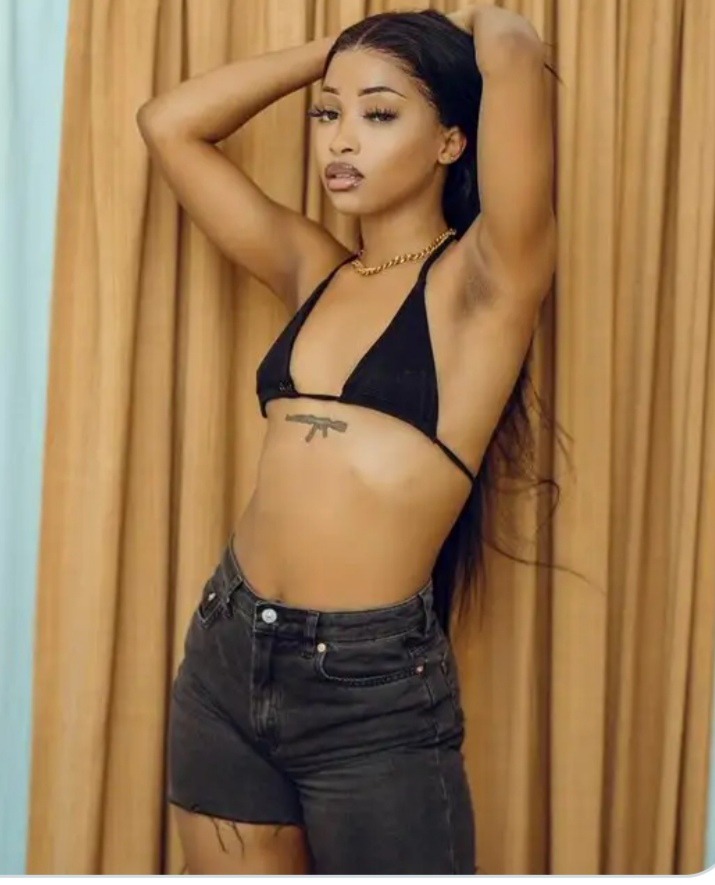 However there were some uncle waffles fans who said that she is securing the bag and she is becoming more and more relevant which is great and people should support uncle waffles. 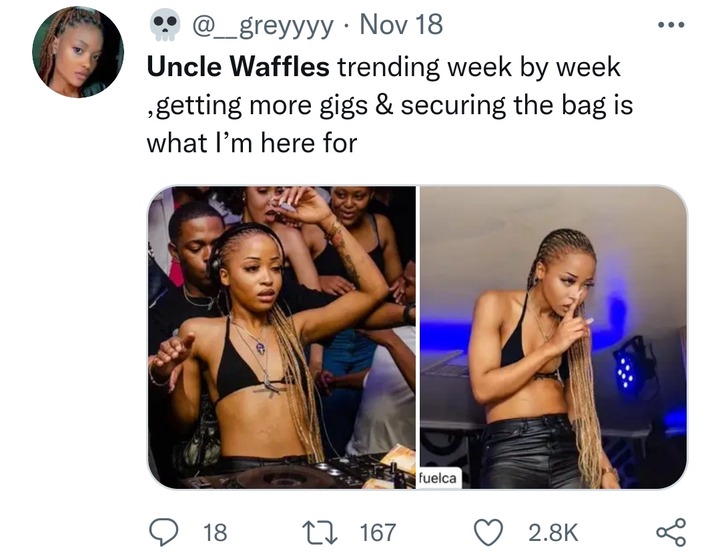 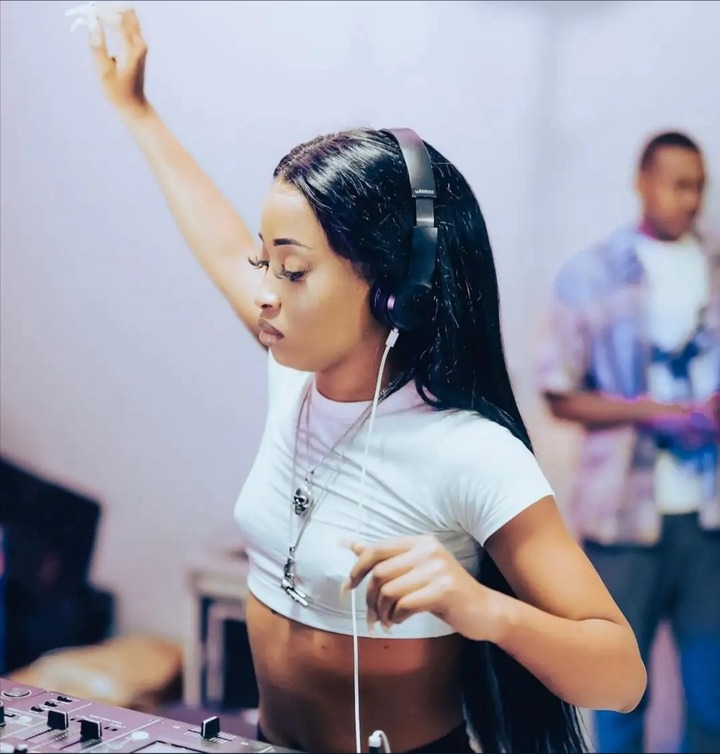 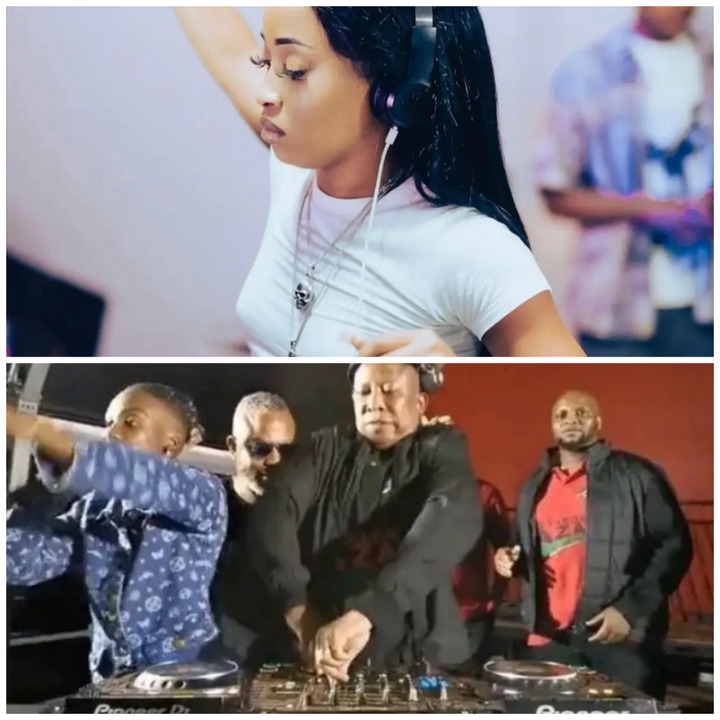