By FaithFezeka (self media writer) | 7 months ago

Drama that is never ending at the Nando's department and this time they are under fire again.

Nando's has been known for all fun and games and they have been known that they know how to keep the mood light.

At times they have attacked issues that were really and at times they just got over involved politically. Nando's is the sponsor for burning platform which is a political show hosted by Gareth Cliff.

After an episode of the burning platform air where the guest was Mudzuli who tried so hard to have her points across but t found it very difficult.

Nando's has issued a statement that they will be terminating their sponsor if the segment but many were still left very disappointed at the letter that was realised.

Nando's failed to mention not over the issue of racism as it is but they also failed to address the issues that were there throughout the entire episode.

1st Gareth stated that racism for a young black woman is not an issue.

2nd After inviting Mudzuli over he never gave her the platform that she deserved.

3rd He stated that racism as a whole was an important when it is still an issue faced everyday by many South Africans.

4th He constantly spoke over her, literally taking her voice and making sure that she has none. 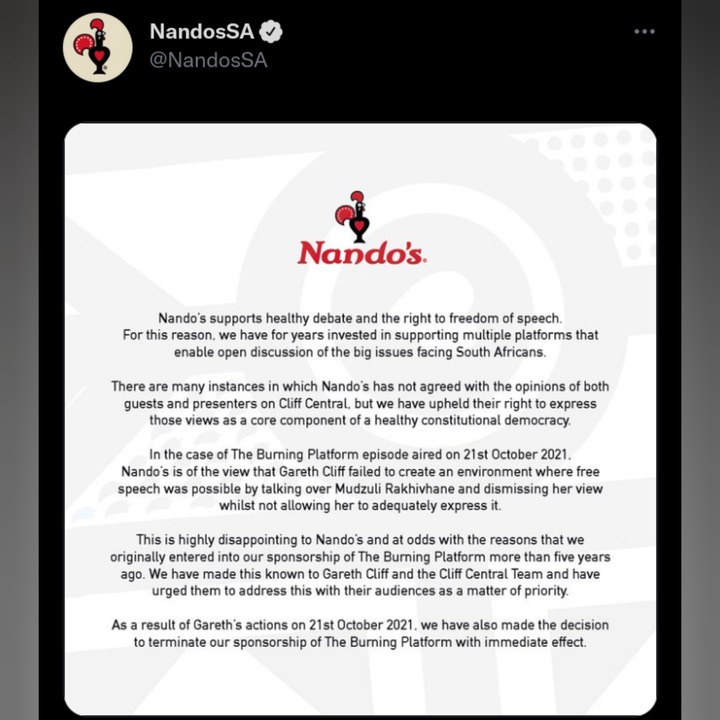 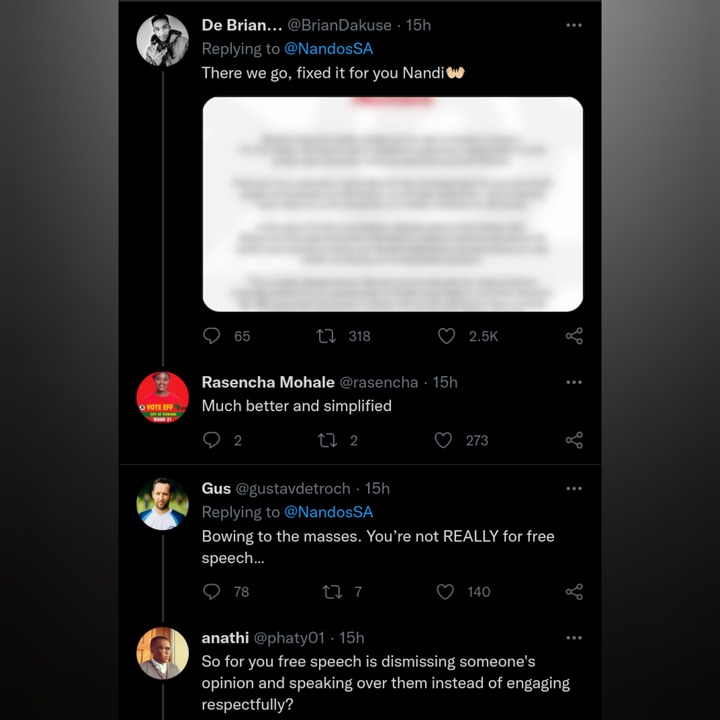 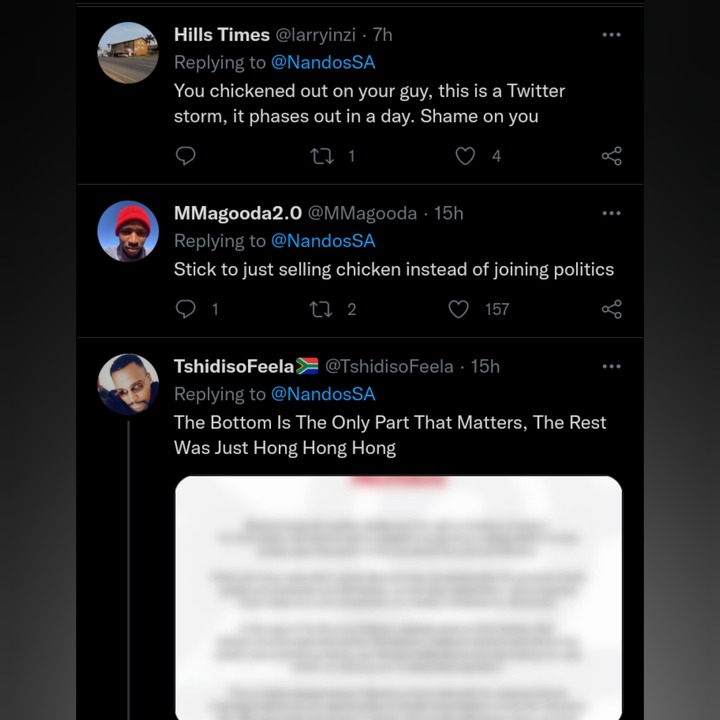