Lovey-Dovey: "I'm Glad It's Over”, Lilanga Finally Breaks Her Silence 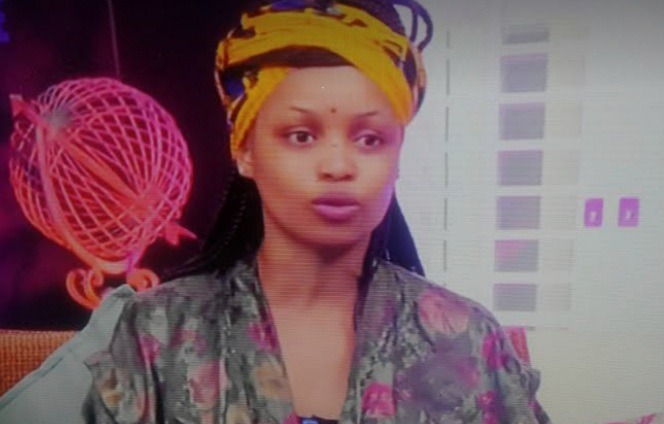 After all that has been said about Romeo and Lilanga, there was some expectation that they would say something about last night's episode.

As you might have seen, Lilanga decided to end things with Romeo because of the challenges they were experiencing in the relationship, it just became too much for her.

And this is something that a lot of viewers did not see coming, some people had already concluded that the winning couple of the first season of the show was Romeo and Lilanga. 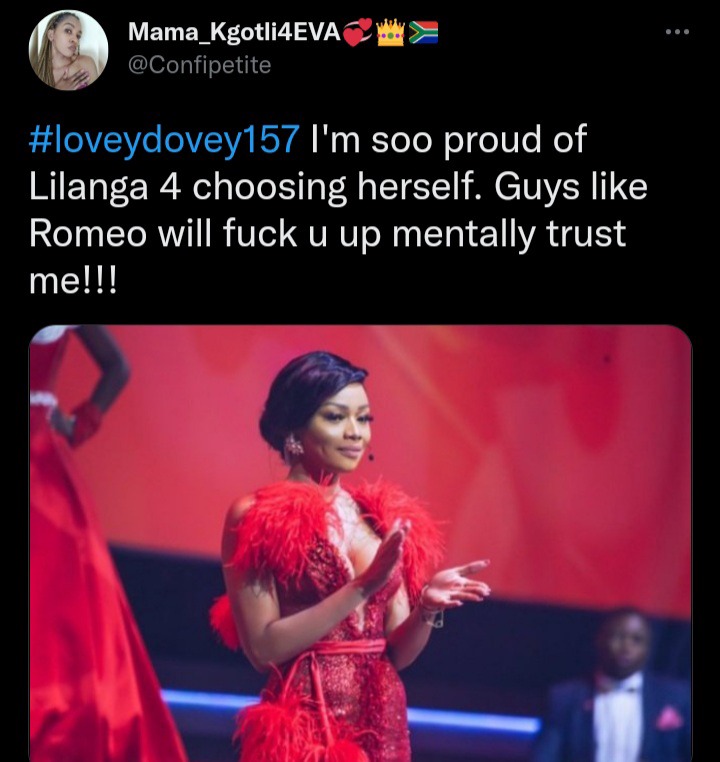 This was solely based on what was seen before they left the Lovey-Dovey house, but as we have seen, things took a different turn.

Romeo and Lilanga seemed attached, emotionally, but there were some suspicions from the viewers, what they had just seemed too good to be true.

While they were in the house, they barely had arguments or at least, this is what we saw, but if they did, the other housemates would have mentioned this at some point, but they never did. 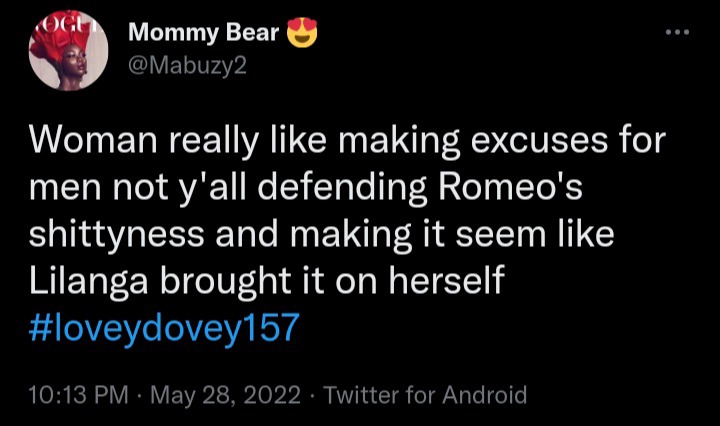 To the viewers, Romeo and Lilanga's relationship was just as it should be because it looked like they understood each other.

However, for those who were constantly analysing what was happening in the show, they thought that Lilanga was never genuine from the beginning.

And this is why there are sentiments that this is a situation where two people played each other, so in a way, it is fair. 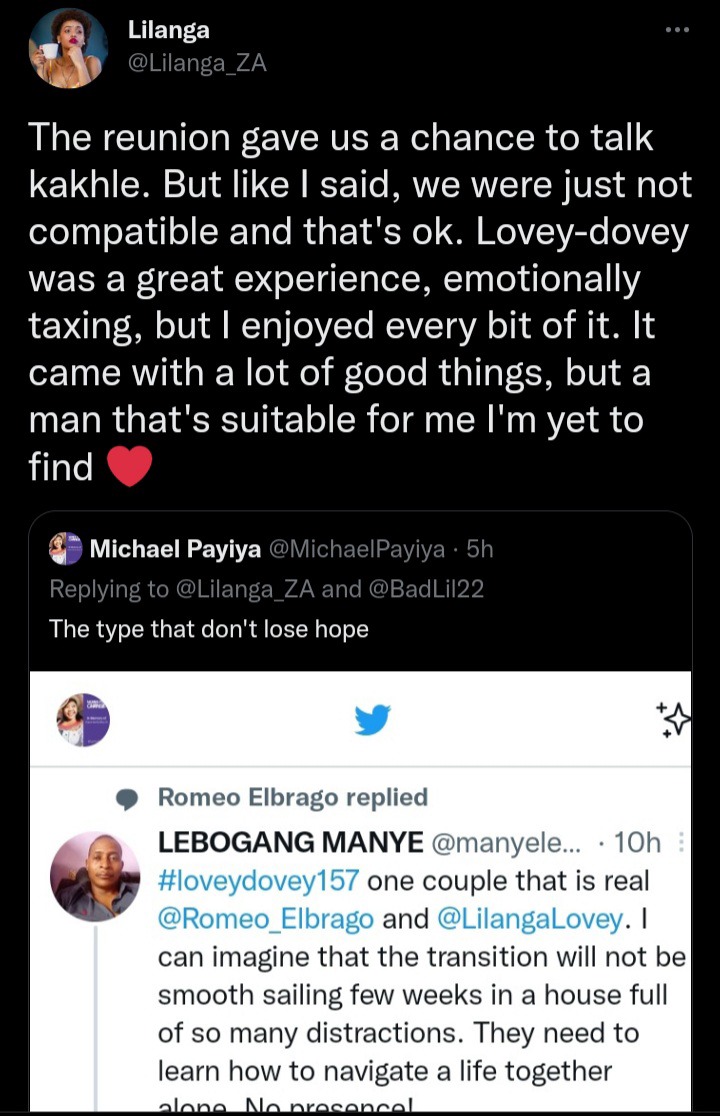 Some people believe that Romeo faked everything throughout the season just to get the money at the end and Lilanga was forcing things with Romeo, knowing very well that she wanted someone else.

If this is what most people think, then it should be simple to say that Romeo never loved Lilanga and vice versa. However, Lilanga gave the relationship a chance, hoping that as time goes, she would understand Romeo, but as she has mentioned on several occasions, he never expressed himself. 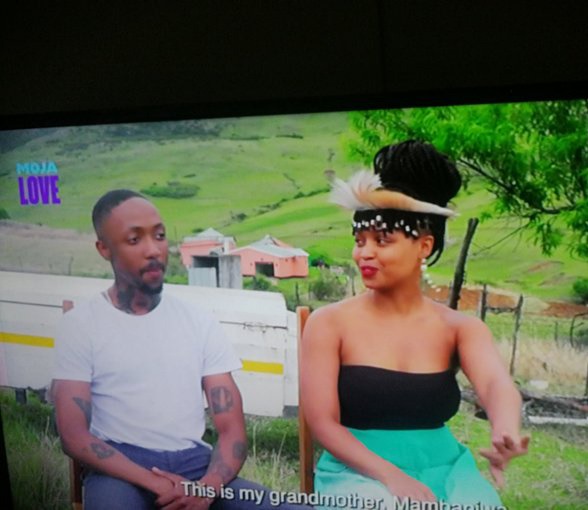 And because he never expressed himself to the one person he claimed he loved, this made people convinced that it really is was always about the money for him.

Today, Lilanga took to Twitter to assure all the people who were concerned about her that she is doing well, she mentioned that the whole experience was emotionally draining, but she is glad that it is all over. 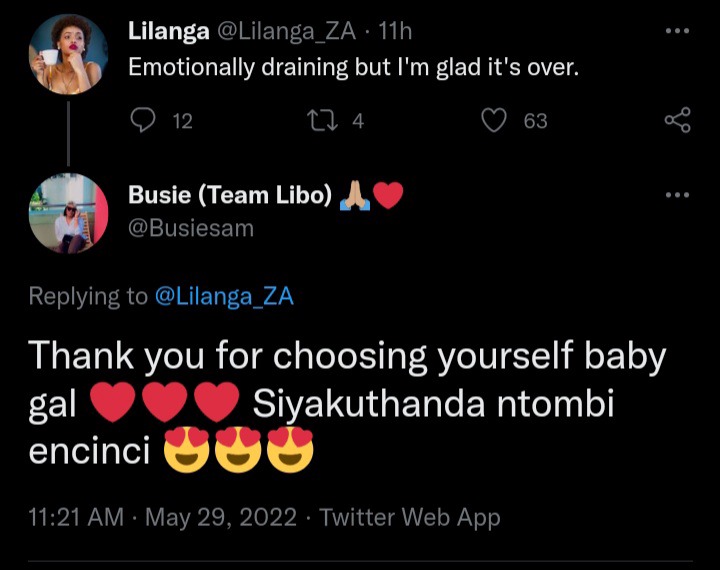 What to take from this is that, these were two people who were not compatible and hopefully, they both will find partners who are suitable for them.

Imagine standing between a couple dressed like that, fans of GrandP allegedly reacts

White people in the DA always blame blacks when their party fails, they will never blame Helen Zille

ANC Veteran Shares Why He Visited Zuma In Nkandla