By Afri_Gist (self media writer) | 6 months ago

Actress Amanda du-Pont, who is Swazi-South African, announced via Instagram today that she had an abortion after television personality Jub Jub was accused of raping her.

Of course I terminated the pregnancy due to the fact that I could not bear a child that was forced upon me," she said. 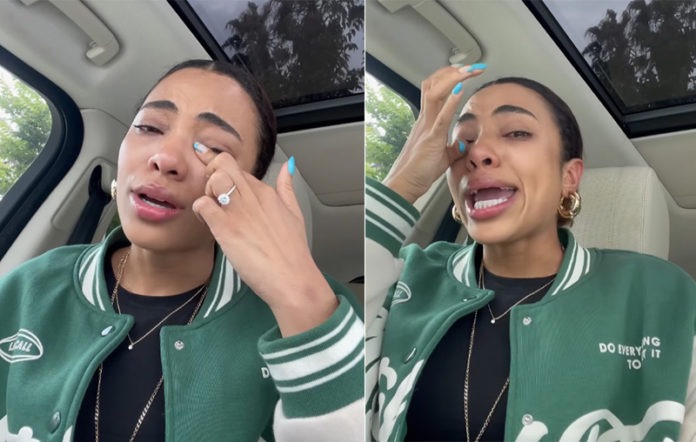 "He would wait until there were other people to rape because he found it tedious to rape me alone and at home. To avoid making me scream, he would do it when my siblings from school came over and he did it while they were in the room. After the incident, she said, "I would like people to know what kind of person I dealt with."

Amanda left Jub Jub after seeing a picture of him with Kelly Khumalo, a singer with whom he later had a child. Allegations that Amanda left him because he had attempted to kill her were denounced by her.

"All I want people to know is that I ran away because he tried to kill me," he said. Amanda wept as she recounted how he suffocated her.

"It's not true," he says. My decision to remain was not influenced by a photo. Although I was terrified to leave because of the threats he made against my life, when he tried to kill me, the very thing I was afraid of, namely death, dawned on me... "I actually got away that day because I knew what was going to happen," she continued.

My first stop at the police station after making my escape was a case of attempted murder and attempted rape. There are so many women who come to police officers with their boyfriends and husbands only for them to be taken back, the police officer told her. "He's so sick and tired of it all," she said.