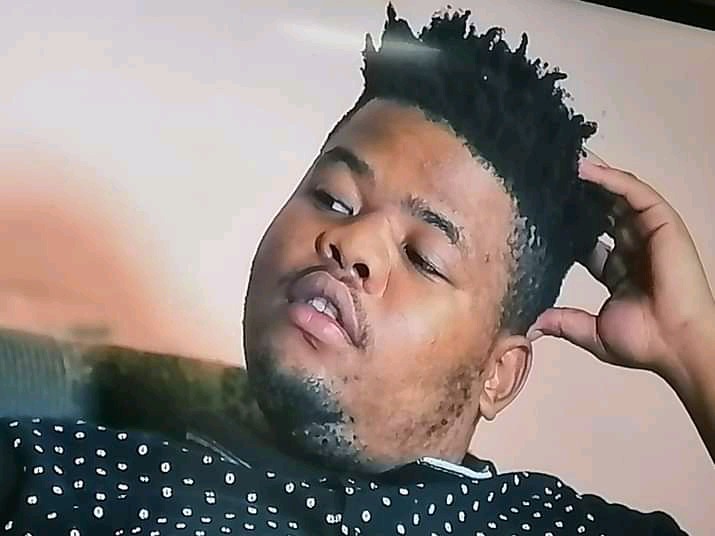 One thing that Siyacela has been able to do very well is act as if everything is totally fine after he got up to no good and that seems to be one of the things that make people really angry.

There are some things that have happened off camera that the viewers have been told about and it is shocking that Siyacela only gets worse on every episode of the show. 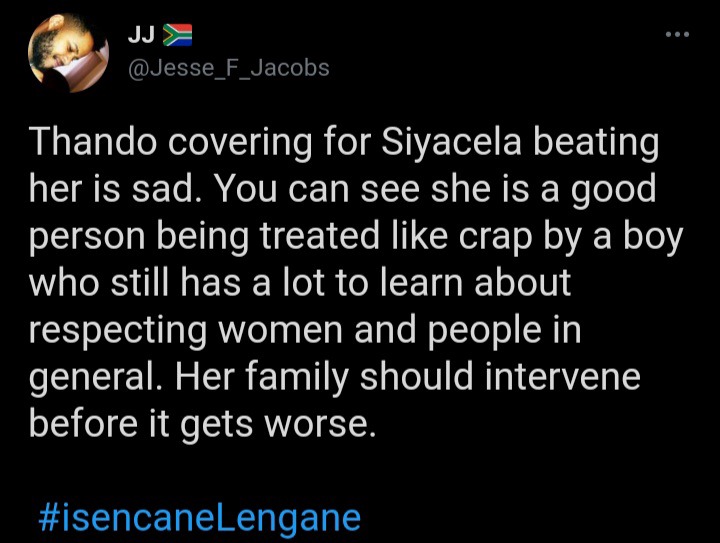 We would have to know what Siyacela's thoughts are about Thando, he seems to have found the freedom to do anything that he wants because he knows that she will tolerate it. As you know, Thando had a conversation with her mom and she has mentioned that she intends on leaving Siyacela, but she has to be finished with school.

At this stage, Thando can see that the show is always about Siyacela, some might have thought that there would be an episode where he would just shock everyone and treat Thando as his wife. 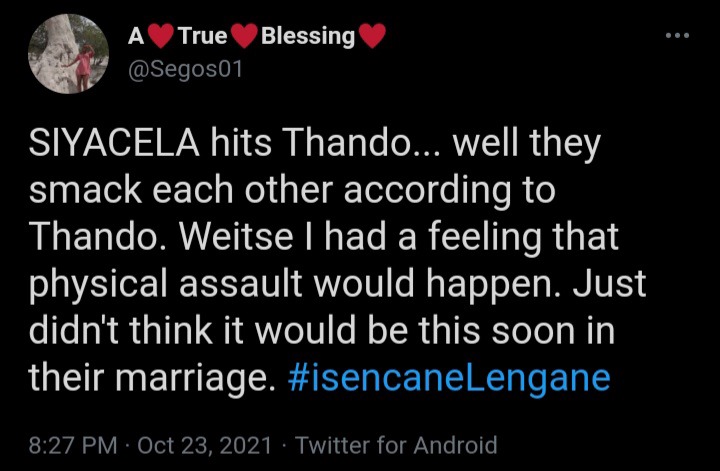 But there is no point of pretending, the marriage is toxic and we also have gotten information that there was a time when Siyacela assaulted Thando and this is according to what she told her mom. Thando lied at first, after her mom asked if Siyacela had ever assaulted her, she said no and shortly after, she revealed that he once did and she fought back.

This is one thing that had people convinced that Siyacela just does not appreciate Thando, it is unfortunate because she should have focused more on her studies and consider marriage later in life. 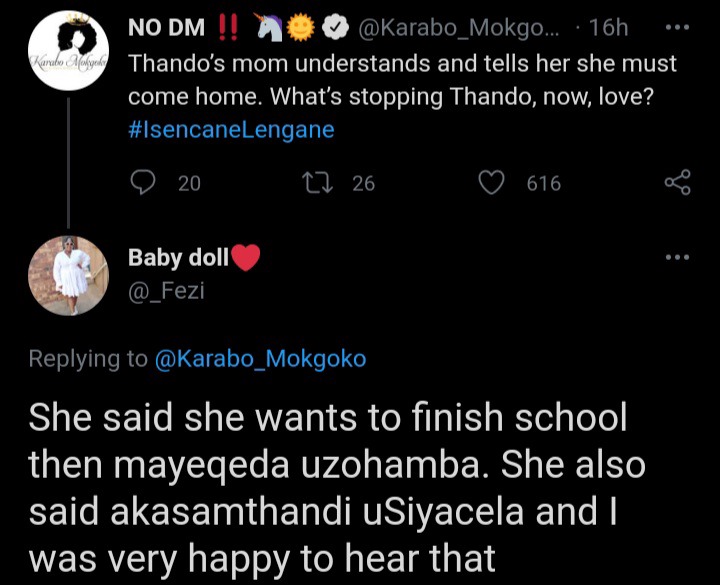 The matter regarding the assault that happened is very serious and that should never be condoned, if he did once, he is most likely to do it again. Now, it might seem like people are constantly bashing Siyacela on social media without ever trying to reach out to him and find out what the problem is.

But in actual fact, his father and other members of the family, including Thando have tried to get through to him, but he has this tendency of shutting everyone out. 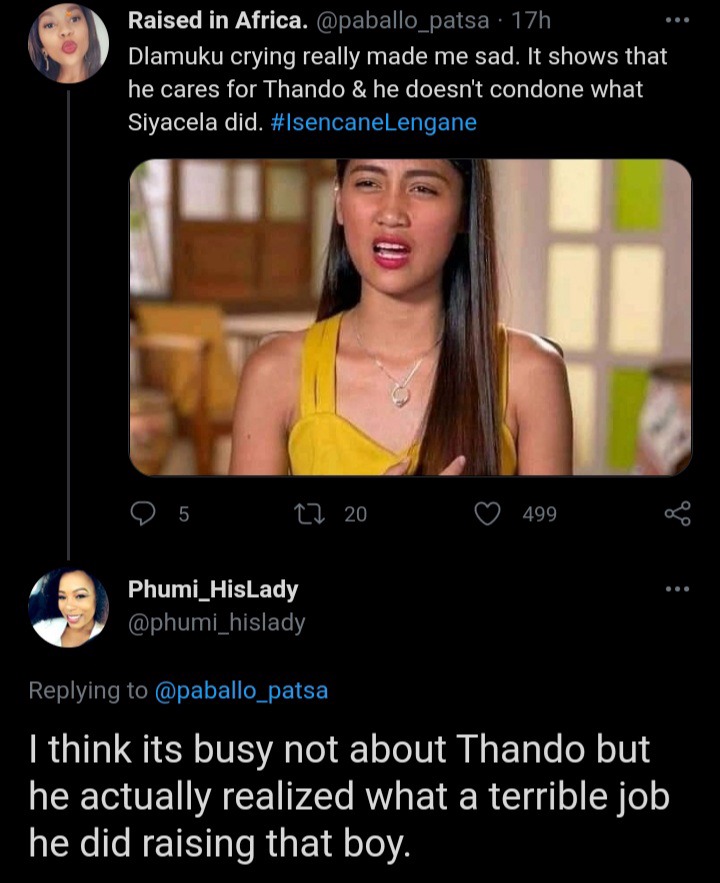 And it can be hard to assist someone who thinks that they do not need any assistance, there is a lot of hate from the viewers, there are even threats that were made. The sooner Thando leaves Siyacela, the better because the last thing that we want to hear is that, Siyacela assaulted Thando again.

Clearly, Siyacela has the wrong idea of what marriage should be, all he wants is to call the shots, he wants a wife that will ask how high whenever he asks her to jump, but Thando is not all about those games. 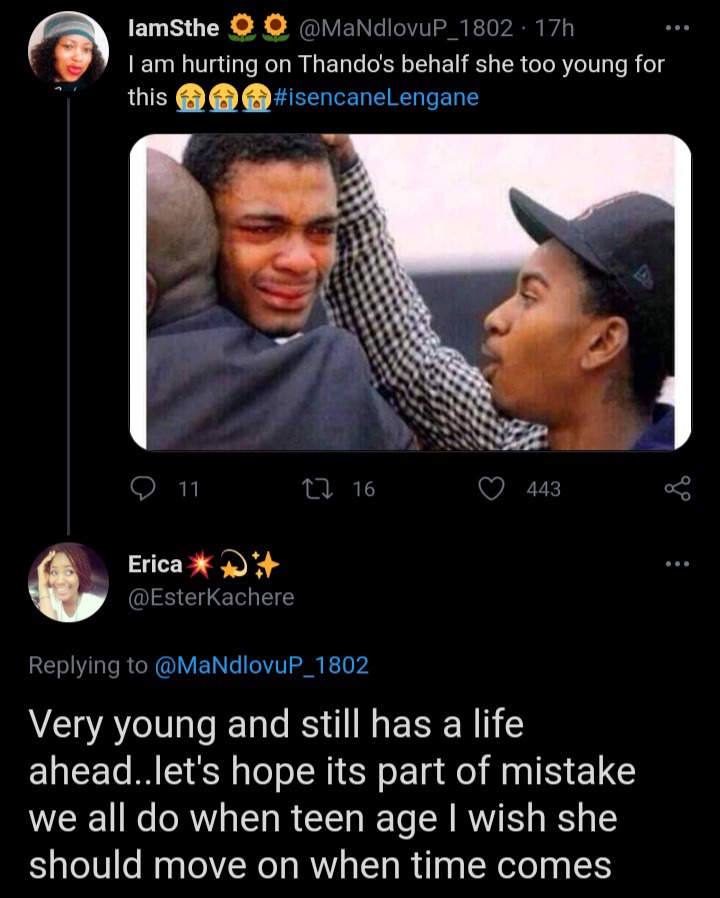 Prayer: Father, Please Give Me The Ability And Willingness To Offer Timely Help To Those Who Need It