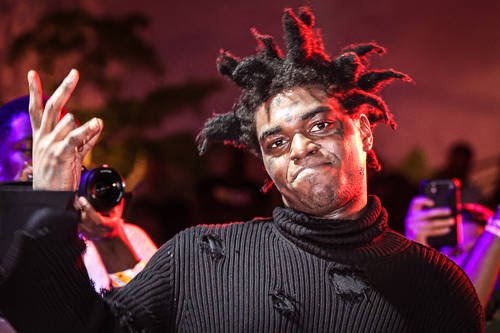 Kodak Black had been trending recently for his suicidal tweets over the weekend, before deactivating his social media Accounts. But now, the Florida rapper is going viral, with a clip that made everyone uncomfortable on social sites.

In the viral clip, Kodak Black is dancing with his mother, who then touches her inappropriately. Kodak Black first grabs her mother’s a**, before attempting to ki*s her on the lips.

"That video of Kodak black grabbing his mom on the a** and tryna ki*s her on the lips is disgusting. She even looked uncomfortable when he was tryna do that,” a fan wrote.

In a clip that began making its rounds on social media on Sunday (Oct. 10), Yak and his mom, Marcelene Simmons, are sharing a dance to Rutshelle Guillaumes' "M Pa La Ankò" at a birthday celebration. The party was reportedly for the rapper's brother. Kodak is first seen twirling his mother around as they do a rendition of a slow dance mixed with a two-step. He later grabs his mother's butt and also attempts to kiss her near her mouth or on her lips. The mother and son share laughter and then Kodak tries to kiss her again.

While the party was for the rapper's brother, Kodak stole the spotlight of the event with an uncomfortable video of him inappropriately touching his mother.

In the video clip, Kodak seen twirling his mother around as they slow dance along with a two-step. 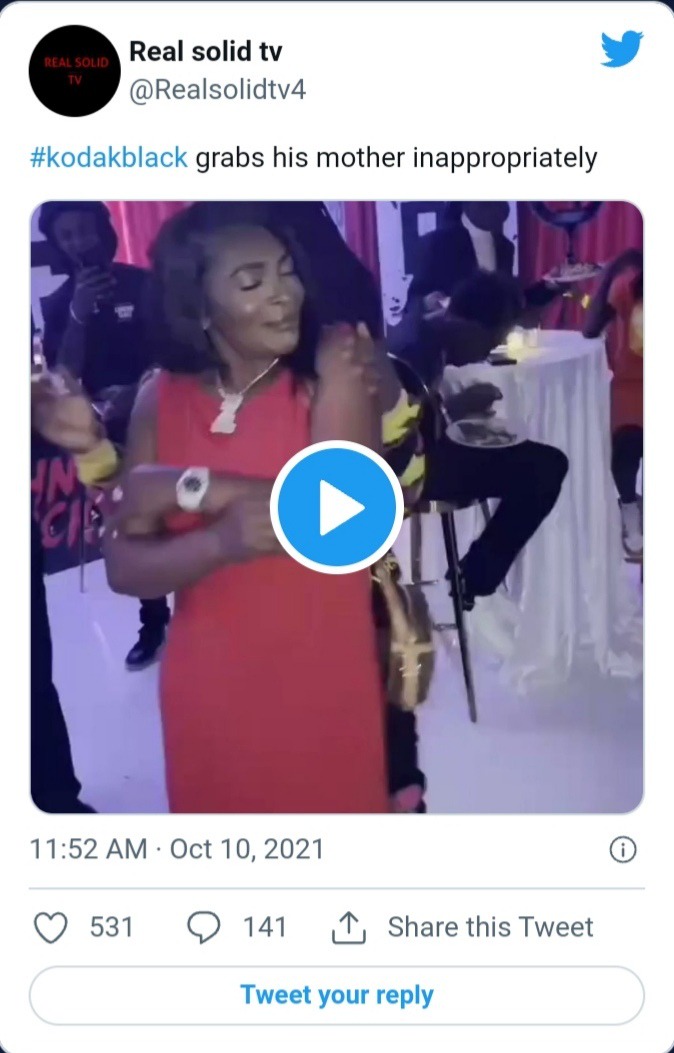 The 'ZEZE' rapper then proceeds to grab his mother's behind and also attempts to kiss her near her mouth. Simmons lightly laughed, as did Kodak, then he leaned in for a kiss again.

Towards the end of the clip, Mama Kodak walks away and her 24-year-old son tries to reach for her butt one more time.

Fans immediately took to social media to express their confusion and overall uncomfort they experienced while watching turkehe clip. 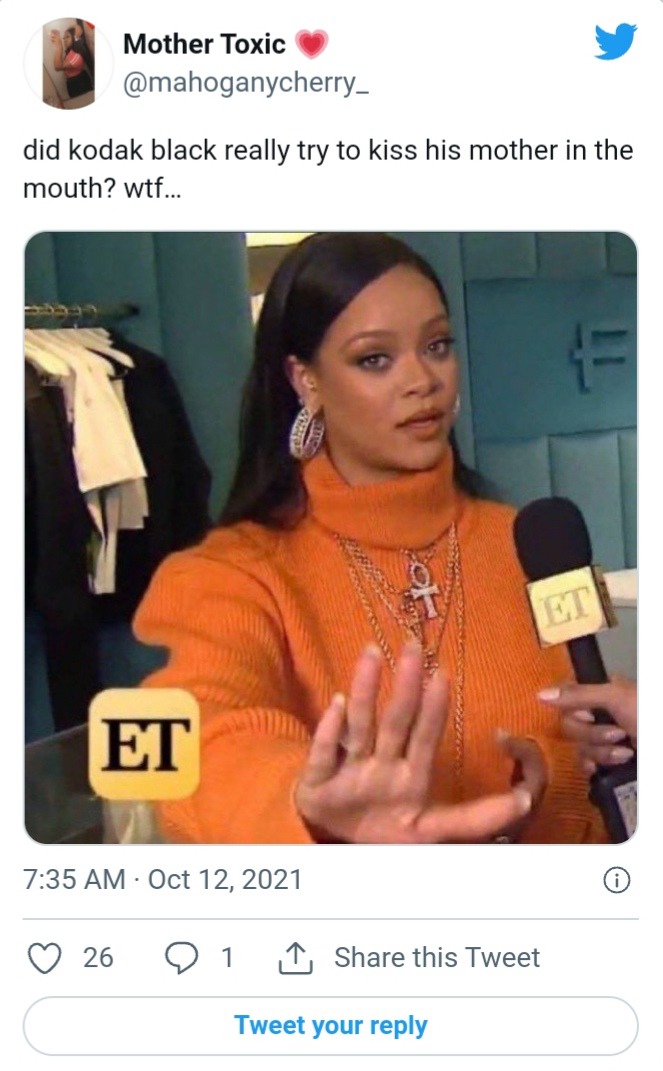 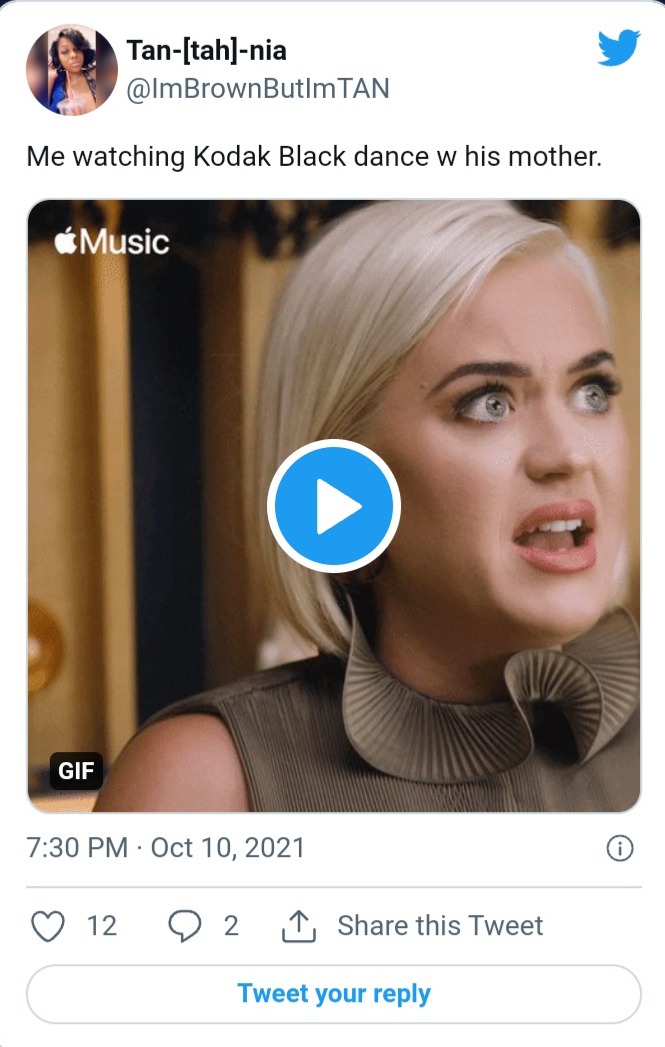 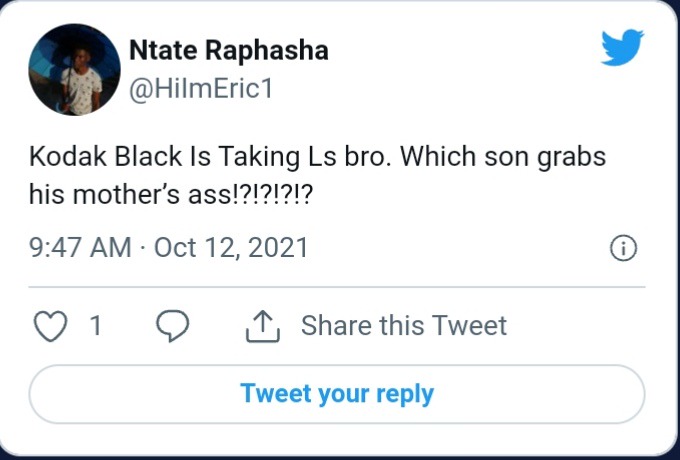 Becca Milano: The Brazilian Lady Who Bakes Cake On A Different Level

OPINION: Why Smith Rowe's Goal For Arsenal Against Man Utd Was Allowed to stand