Vhutshilo judged his father harshly when he heard that he was cheating on his mother, with his own peer. Surprisingly, soon after that, he found himself falling for his boss; Gugu, who also happens to be old enough to date Vhutshilo's father actually!

Instead of keeping it to himself and noticing that it would be both professionally and personally inappropriate to ask her out, he did the exact opposite! Initially, he was met with rejection and just when he thought he and Gugu are getting somewhere, she still told him that she can't be with him because "[he's] a child." It appears that Ms. Nkosi has forgotten all about Vhutshilo's childhood because as it stands, the two are going in full force on their entanglement! I think it's an interesting storyline! Gugu has always been a woman with high moral standards and hardly ever has drama around her role! This storyline just gives her a chance to let loose a bit and be on everyone's lips. To convince each other that there's nothing wrong with what they are doing, one of the lovebirds says "We're just two people enjoying each other in secret"

While a few viewers are excited on the thrill that comes with this storyline, some feel that Muvhango is just playing games with Gugu because after all she's not really Vhutshilo's peer. People never fussed when Azwindini dated a child so I think that the same energy should be kept for this storyline as well!

This encourages me never to give up on a suger mama that I'm after, she is a Nurse. @MKHARITT 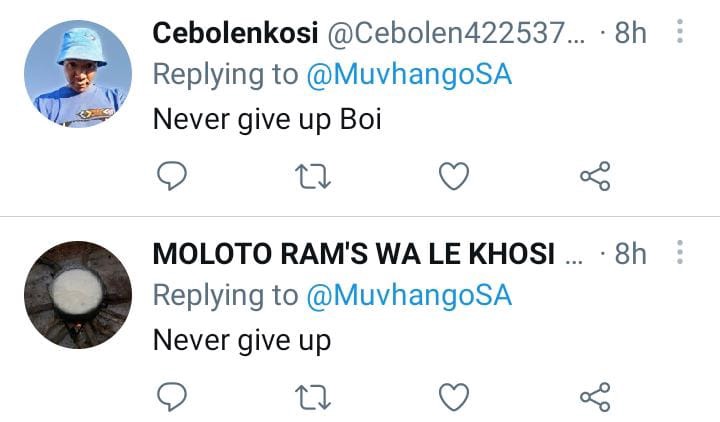 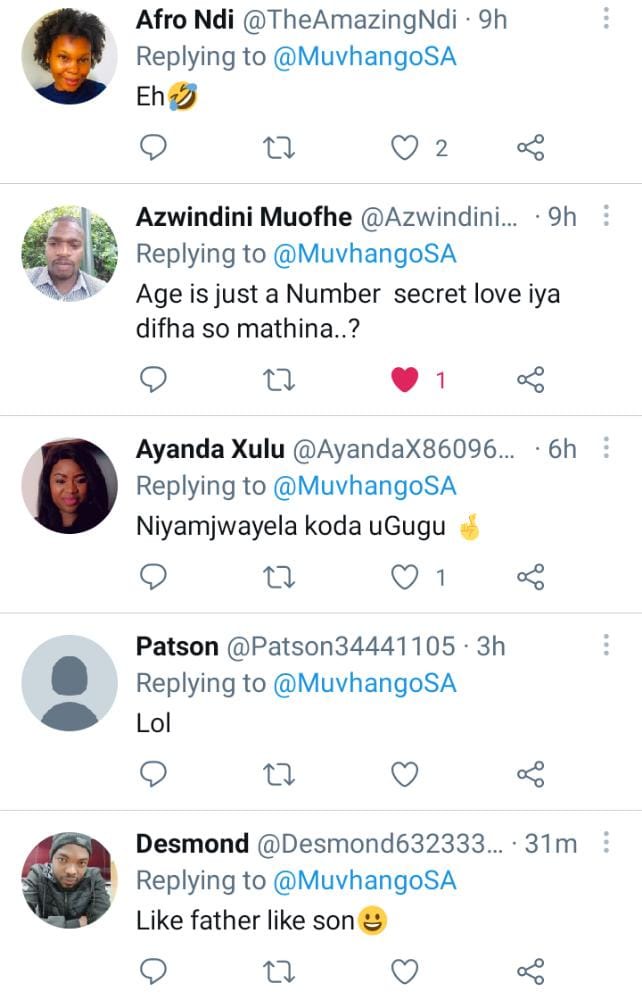 What do you think? how long will it take for these two to be bursted?