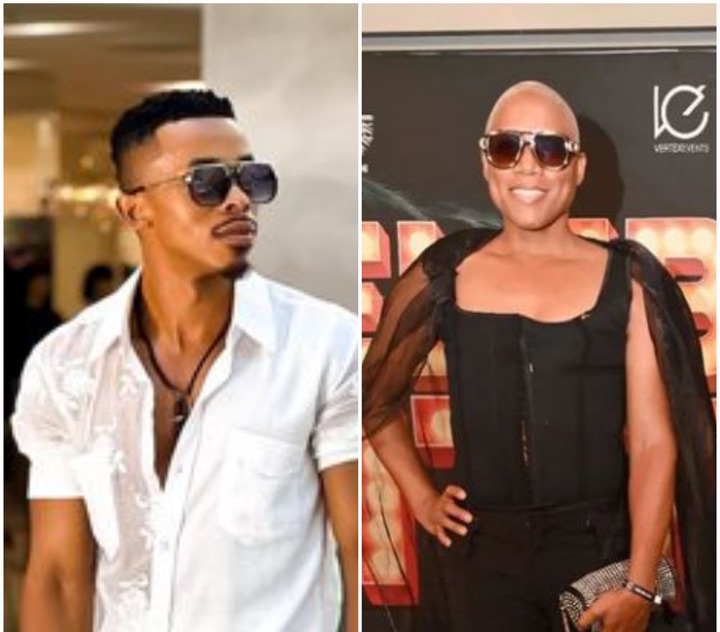 Big Brother Mzansi drama was expected outside of the house, it was only a matter of time and as it is known, Libo's name has always made it on the trends list during the show.

And the viewers have tried to simplify a complicated matter because they had no idea what was really happening between Libo and Mpho. However, this is something that one would have expected that it would have been put to rest by now. 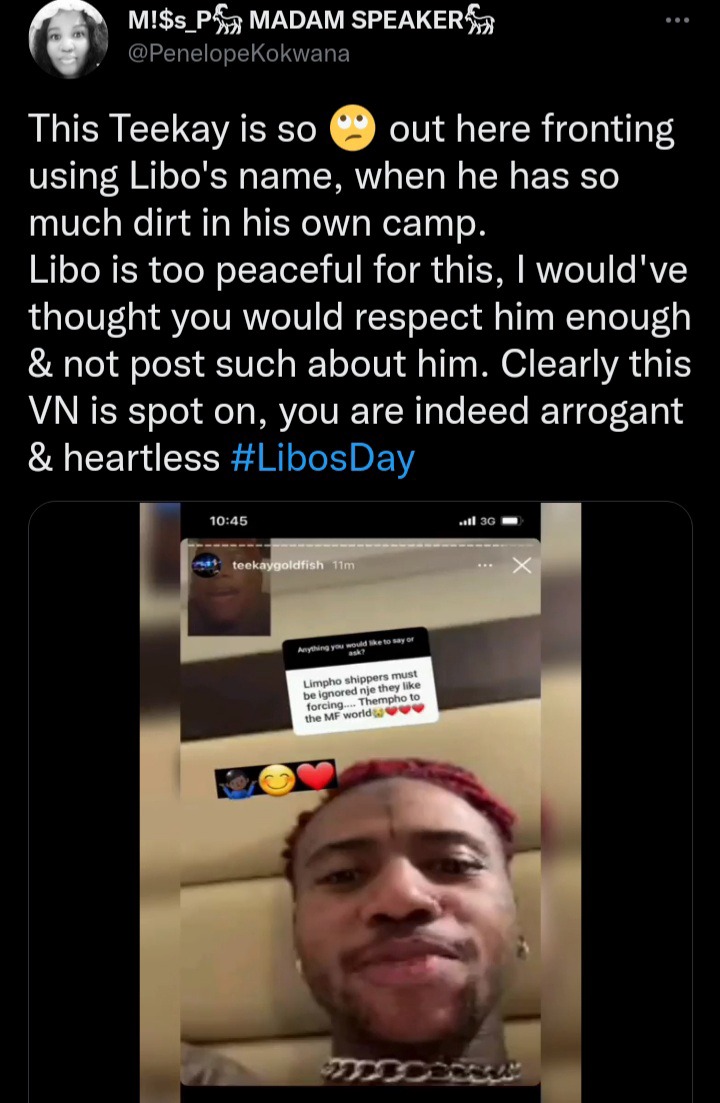 On the stage, during the show's finale, Mpho made it clear that she was never going to date any of the guys she was with in the Big Brother house. As for Libo, he mentioned time and time again, even when he was still in the house that he still cared about Mpho, but he would never date her.

This came after a series of misunderstandings and it seemed like Libo and Mpho were on the same page. But the fans on the other hand believed that Libo and Mpho just needed to talk things out and they would realise that they could work out. 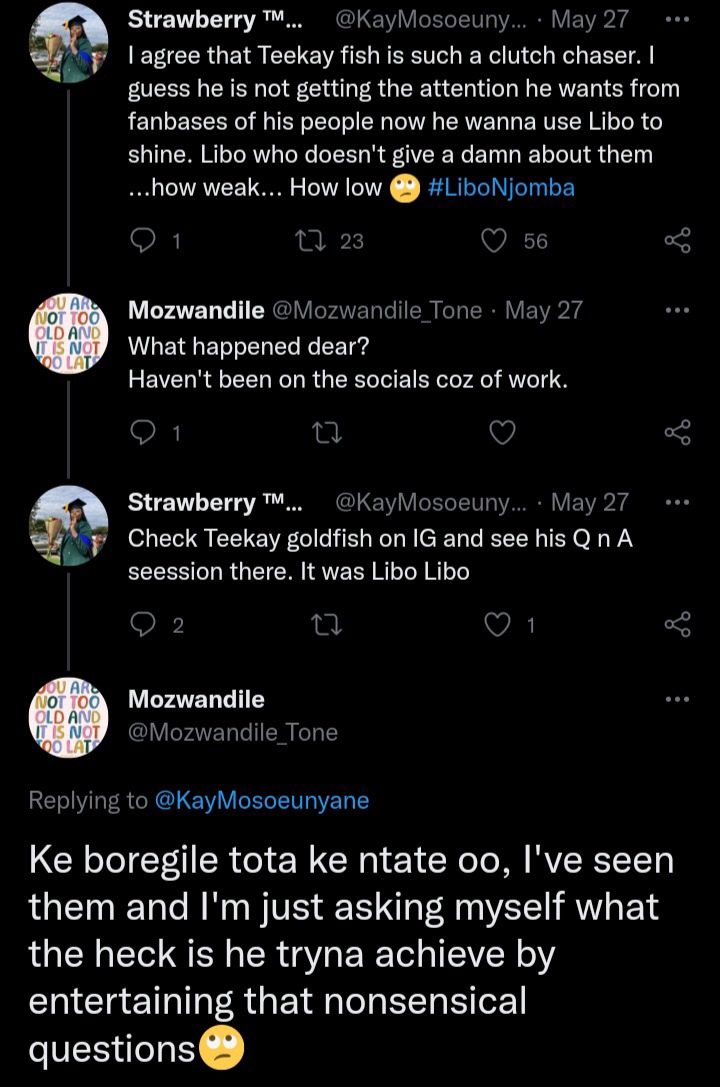 What we ended up seeing shocked some people, Mpho and fellow housemate Themba started dating and people obviously questioned this.

Shortly after leaving the house, Libo, Tulz and Themba used to be seen together, people knew that they were friends and it seemed like their friendship was growing stronger outside the house.

But, as noticed by many fans, when Themba started dating Mpho, he was barely seen with Libo and people suspected that this was the case because Libo did not want to be in the same space as Mpho. 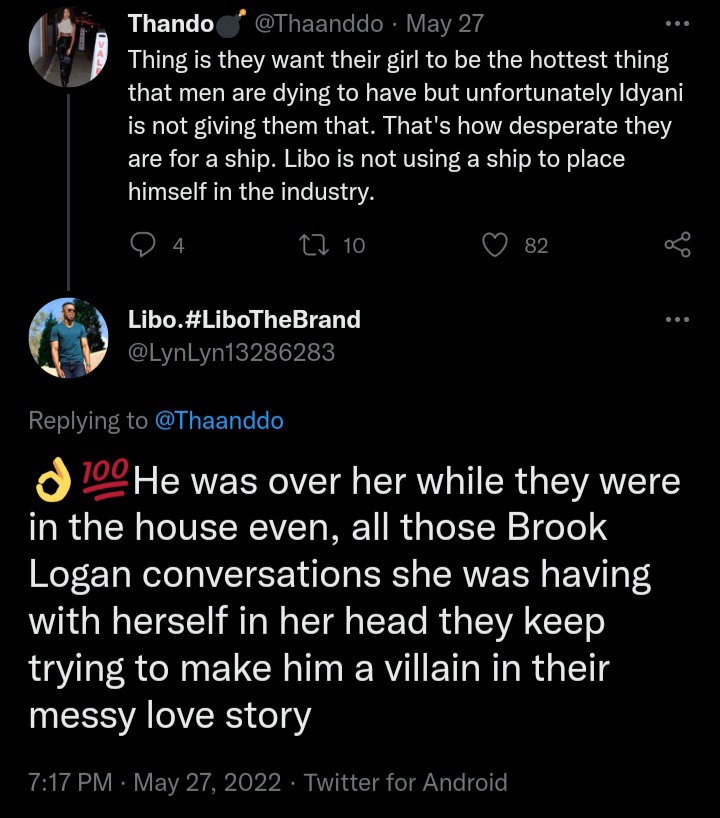 And as time went, people started knowing about artist manager, Teekay Mathebula who is, supposedly Themba and Mpho's manager.

On Friday, Teekay was dragged on social media by Libo's fanbase, the LitBombs and this was because of what he posted on his Instagram story.

So, it turns out that Teekay mentioned to his followers on Instagram to ask him questions about anything that they would want to know. 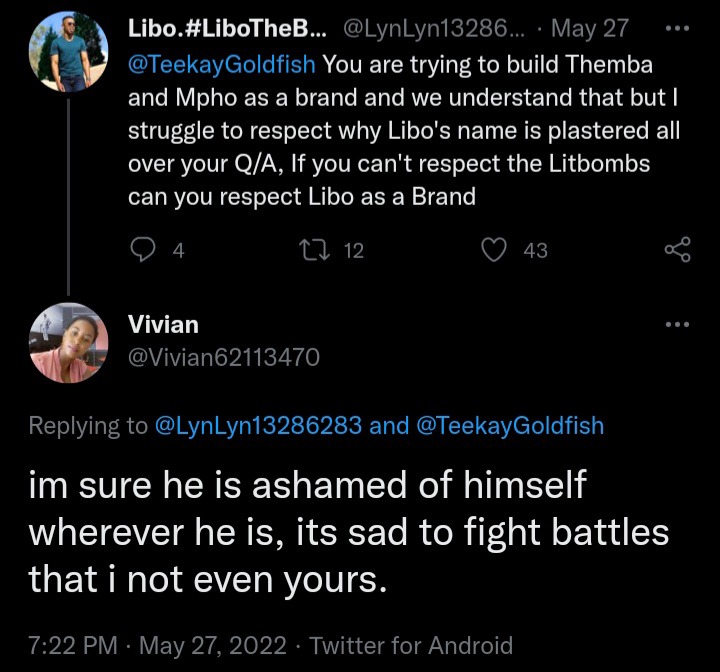 As Teekay answered the questions from his Instagram followers, he was advertising Themba and Mpho's shows and he would answer a question, but have Themba's picture on the background.

As much as Teekay has claimed that he has no problem with Libo, Libo's fans were not having it, they mentioned that the manager should refrain from using Libo's name for clout. 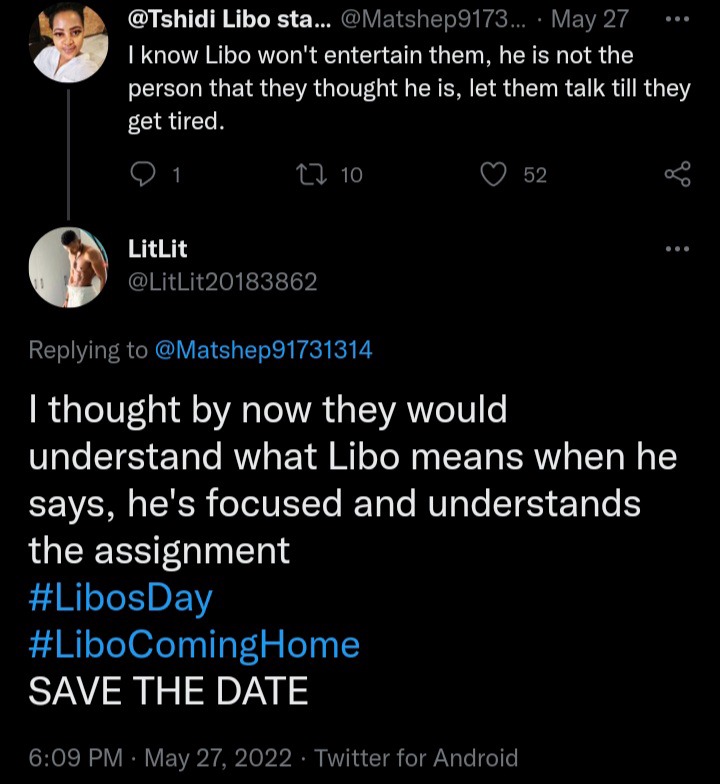