By Junior,SJ (self media writer) | 1 month ago

One of Mzansi most loved soapie the Queen's actor Sthembiso  Khoza was placed in intense Bruning fire as a result of him  been accused of harassing a woman who officially announced the end of the relationship  and now his exfiancée   Ayanda Hlongwane. 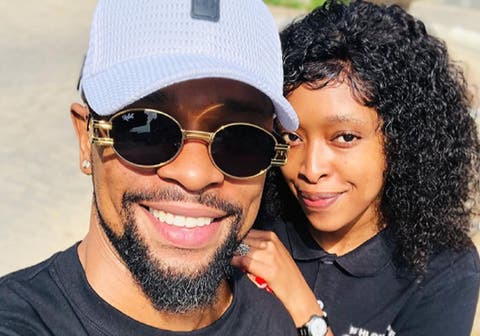 Famously known as Shaka  he is populary known not to  taking his acting skills and acting them up in real life.  Famous actor who steers  the amazing role of handsome boy Shaka Khoza on Mzansi favorite soapie  drama is now unable  to  shed his on-screen image .He has been caught in trouble now for the second time he was recently  in trouble with the law not so long ago  and his third court  case has been on hold ever  since the  featuring on a prime-time TV show

It was exposed that there was an assault charge opened opened against him implying a serious intent to inflict harmful and dangerous bodily harm against him while he was in the  Police Station last weekend The national prosecution stated that  the  Celeb was going to be  released on bail payments proceeding his court case on Wednesday.

It was later stated that his Bail was  at a small  R1 000 and that his next court appearance is on October 27 .But when  Khoza was asked he denied all the allegations that he was in court that week

Content created and supplied by: Junior,SJ (via Opera News )

Chiefs reveal that their players have COVID-19

Another Soweto Derby is upon us today, let’s take a look at Chiefs possible starting line-up

The Coach Should Be Released Immediately :Former Swallows Star