Source: News24 on Twitter: "Songstress Kelly Khumalo could be charged with defeating the ends of justice relating to the murder of her lover, Senzo Meyiwa. | @City_Press https://t.co/ovuh2GsH0E" / Twitter

Allegedly Kelly Khumalo may be put in prison for the murder of Senzo Meyiwa as this is found out. 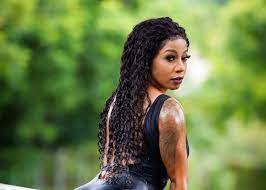 As we all know, it has been some time since the murder case of Senzo Meyiwa was escalated in court, and as we know the saying that wrongs never rot. meaning that no matter how many years it may take to get justice, it will be done one day.

According to News24, it is revealed that if the National Prosecuting Authority (NPA) could decide on her prosecution, then she might serve some time in prison.

Because it was discovered that actress and artist Kelly Khumalo's cellphone data may be retrieved as part of the inquiry into the 2014 murder of former Bafana Bafana goalie Senzo Meyiwa. 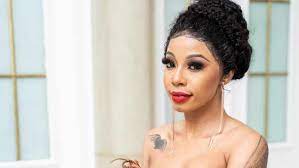 This was discovered in a document that was unintentionally released, along with a copy of the charge sheet, on Tuesday morning at the Boksburg Magistrate's Court when five individuals accused of the murder appeared.

The paper, which was part of communication among the case's investigating authorities, specified that cellphone communication between the several suspects before, during, and after the incident, as well as tower positions, must be established.

The document also stated: "Cellphone records of Ms. Kelly Khumalo indicating her communication with the accused must be obtained, as previously indicated."

The document further indicated that it was also previously mentioned that there was a lender who lent money to Khumalo and stated that a statement must be obtained from the lender. 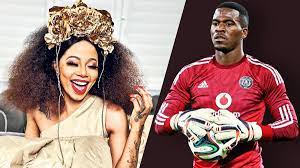 What do you think about this as a reader? What is your take on this? To think of it, the murder has about 7 years now, and it is now that they think of delivering justice.

Patrick Shai apologies to Cassper but people noticed something else

" What Did He Just Say? " - Cassper Nyovest Fuming After An Actor Said This About His Mom

Patrick Shai Apologises To Cassper After He Insulted His Mother, See This