SkeemSaam: John angers Meiki by picking Mantuli and Zamokuhle's side, See what she will do to him

Meikie act as if everything is about her. Which is not fair to other People. She always want nothing, but the truth from John, now John want to do the right thing during trial by telling the whole truth, but she changes her mind and want John to lie under oath just for her if Court put him on witness list. All this drama John is going through he forgotten that he's a Professor of one night stands that's why Meikie is worried because he might cheat on her again, we have seen that John doesn't shoot blanks we all know hiwnit always ends. 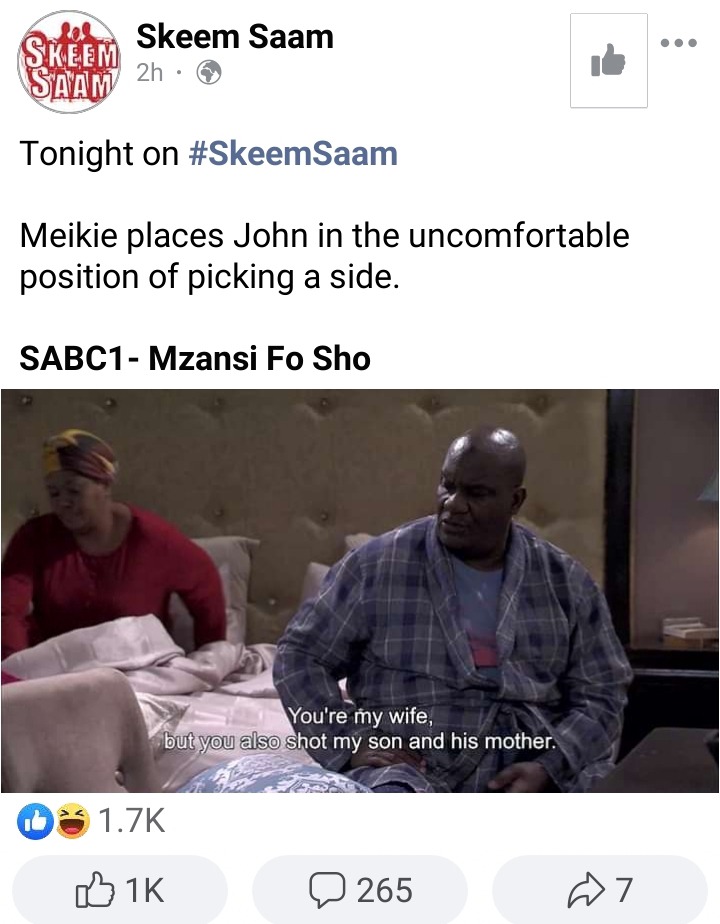 Anyone seen how Jonh Maputla thinks he is also a victim in all this drama, forgetting he is the root of all. He acts like he did nothing wrong and except Meaki to just heal there and there and accept Thamaga as his own son. I so wish that bullet for Zamo was aiming at him maybe it could have helped a lot. Yesterday Celia Said to Magongwa "I love you" when he was leaving for work and Magongwa responded by saying "Ok". If it was some of us who responded like that it would have been world war three.

Meikie should just be jailed already. She can't just throw herself in someone's house like she did. For someone who has been married for as long as she is. Why would she even be intimidated by Mantuli. The way Meikie wanted to slice Marry and for the fact that she went to harrass Mantuli you could tell this woman is not thinking straight. She is afraid of prison but that's where she belongs right now.

For the sake of peace Mantuli and John should ask for forgiveness from Meiki, Mantuli betrayed her best if she really wants Zamo to have a good relationship with his brothers it's better they withdraw the charges against Meiki. It's like both women are not showing any remorse for what they did both of them are wrong and must think about their children. 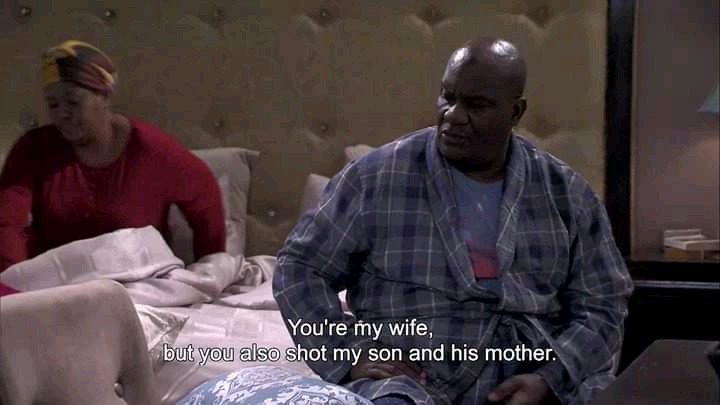 You don't solve a problem with a problem yes Maphutla was wrong in cheating with Mantuli but what Meikie did shooting Mantuli & Zamo isn't solving the problem, still she is still causing problems which might send her to jail and that idea of wanting to pay someone to go to jail isn't gonna end well with her. In scandal the Kubekas did that to cover for their son but Dintle is breathing down their necks I don't see them succeed on this one.