By NtiyisoKoekarie (self media writer) | 1 month ago

It appears that Cassper Nyovest failed to reach the target he had hoped for as he fell short by 600 000 viewing numbers as compared to AKA. 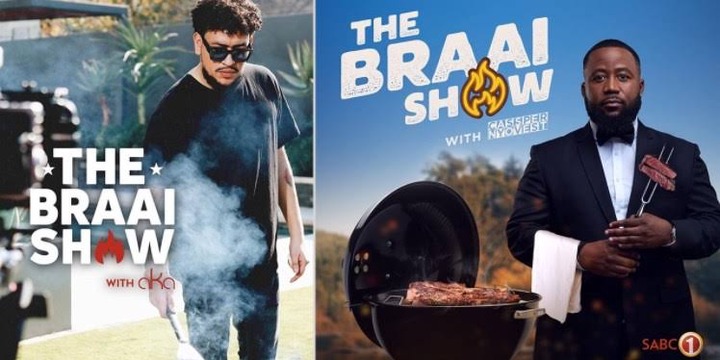 Cassper’s fans were excited to learn that their fave will be the host of the Braai Show, in replacement of AKA. As expected, AKA’s fans did not not receive the news well.

Unfortunately, Cassper’s debut of the show left fans disappointed and his competitors, who happens to be AKA in this case, overjoyed.

Fans probably thought the show would be a hit, but ratings indicate otherwise.

Cassper has been hosting the show since the premiere of season two and his first guest was former Miss South Africa and Miss Universe, Zozibini Tunzi.

Although the show received great reviews after it aired, it’s quite unfortunate that he could not reach AKA’s viewers’ record. 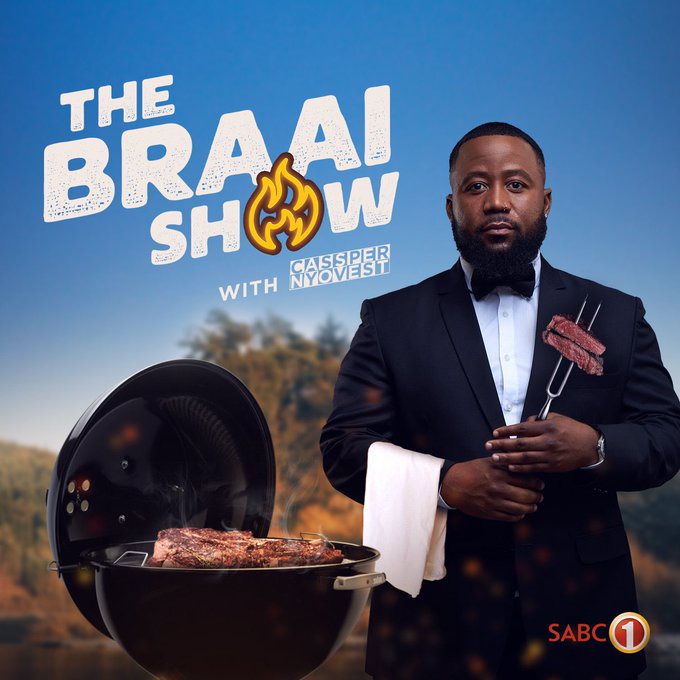 In a normal day, under normal circumstances, the difference wouldn’t be too bad. However, with everything that happened between the two rappers when it was first announced that Cassper would be taking over, it was an obvious case that everyone would expect nothing but the best from AKA’s replacement.

The shift from AKA to Cassper strengthen the beef between the two who’ve always been rivals. In fact, AKA released a statement hours before the first episode aired and said that he would continue to fight for ownership of the Braai Show.

“Many artists have gone down the route of letting go of legal battles such as this and thus we suffer and end up with no ownership of our work,” part of AKA’s statement read.

The news of Cassper failing to beat AKA’s numbers was announced by Phil Mphela on Twitter, reporting that Cassper’s debut on The Braai Show managed to pull in over 2.2 million viewers. 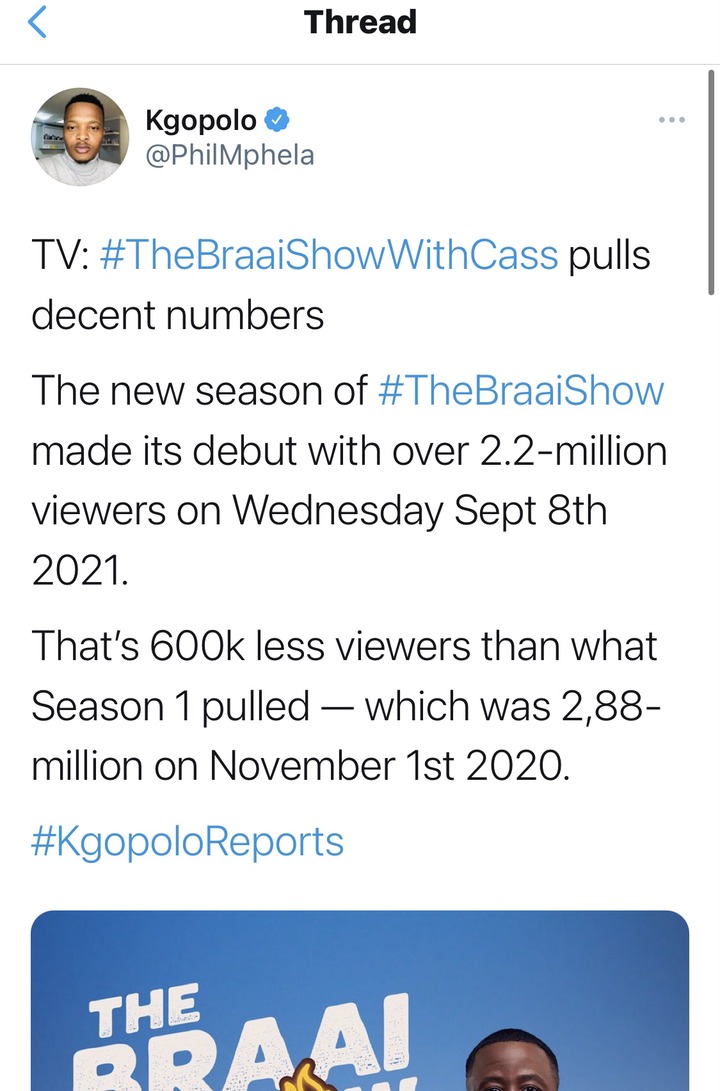 The Braai Show with Cass trended top of the list for days on Twitter. We all expected the show to accumulate more viewers than it actually did.

However, over two million viewers for SABC 1 is not bad at all. 3 million would have been great but for the channel to get that number of viewers is quite decent.