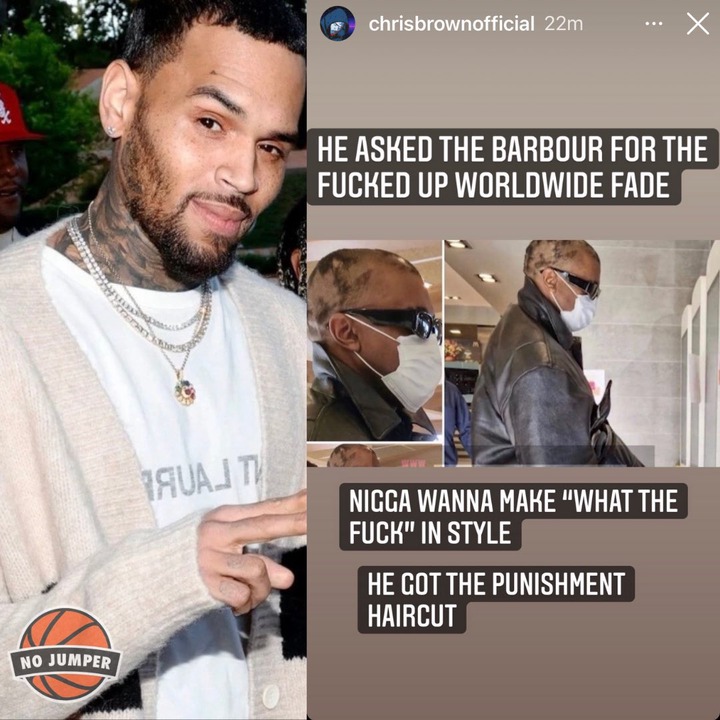 Chris Brown is an award winning American singer, songwriter, actor, dancer and entrepreneur. He is the father of Royalty Brown and Aeko Catori Brown, he became the father in the watch of his fans, he is one of the most best selling and influencial R&B singers in the 21st century.

His fans have been considering him as the King of R&B. He has had many difficulties in his career, which mostly has landed him in court and in prison. He has had problems with addiction and health problems, he had it hard with dealing with his emotions and expressing them. 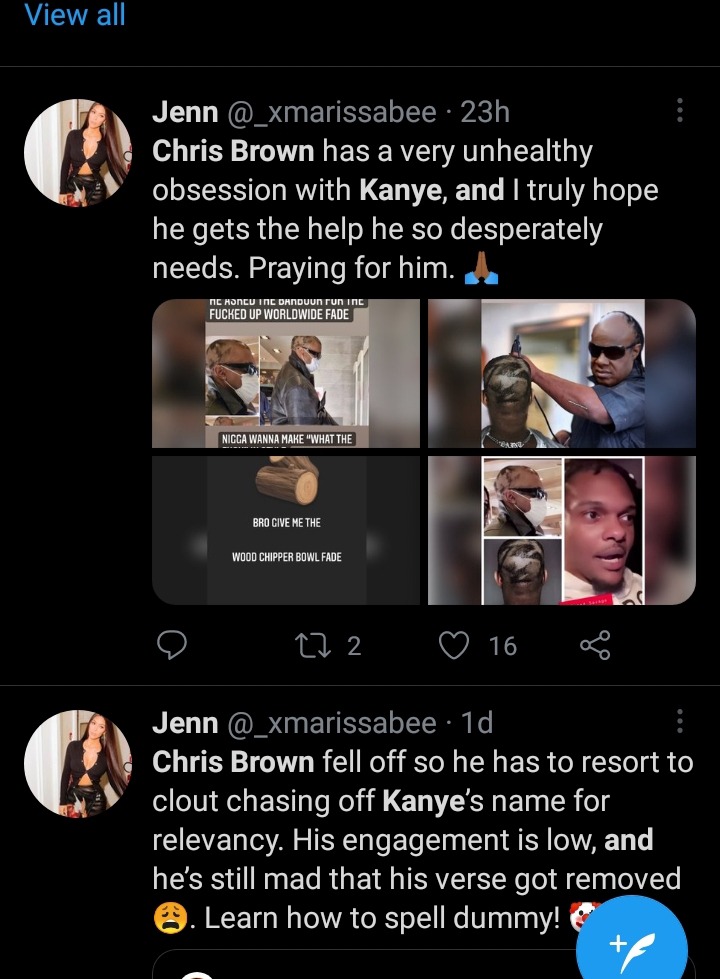 Chris has maintain many great friendships within Hollywood and in the industry, he is good friends with Tory Lanez and the Kar-Jenner siblings. Chris Brown was also friends with the rapper Kanye West, the 2 superstars also made a song together where Kanye had featured Chris,

But it became a problem when Kanye decided to remove Chris's verse in his song and Chris too it personal and confronted him on Instagram and they lost their friendship after that incident. This lead to Chris having to always post or comment about Kanye when he is in the headlines. 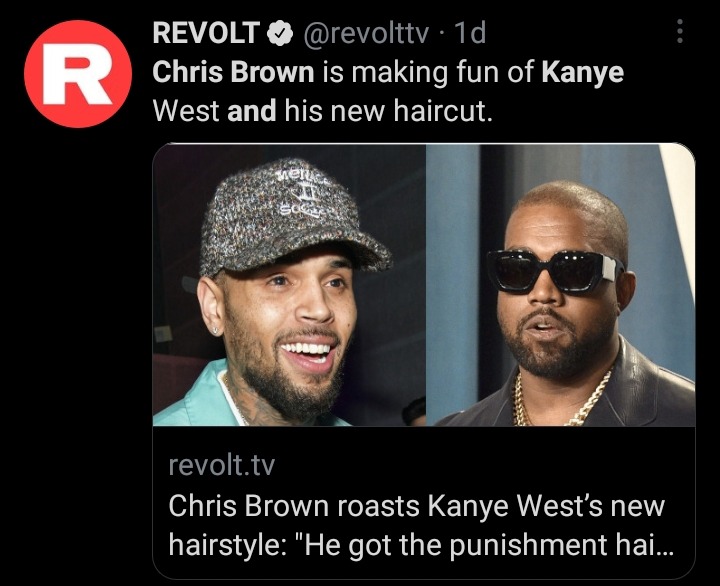 Kanye has recently revealed his secret hair cut and his new look but his hair cut confused many people including his fans and they have so many concerns including his mental health. Chris Brown had something else to say though.

Chris said Kanye asked the barbie for the F*cked up worldwide fade and said he is trying to make what the f*ck in style and explained Kanye's hair cut as the punishment hair cut, but some of Kanye's fans thought Chris is still angry,

Because his verse got removed from Kanye's song and said that is why he is making fun of Ye's hair cut. Kanye West has been rumoured to have changed his name from Khanye to Ye. 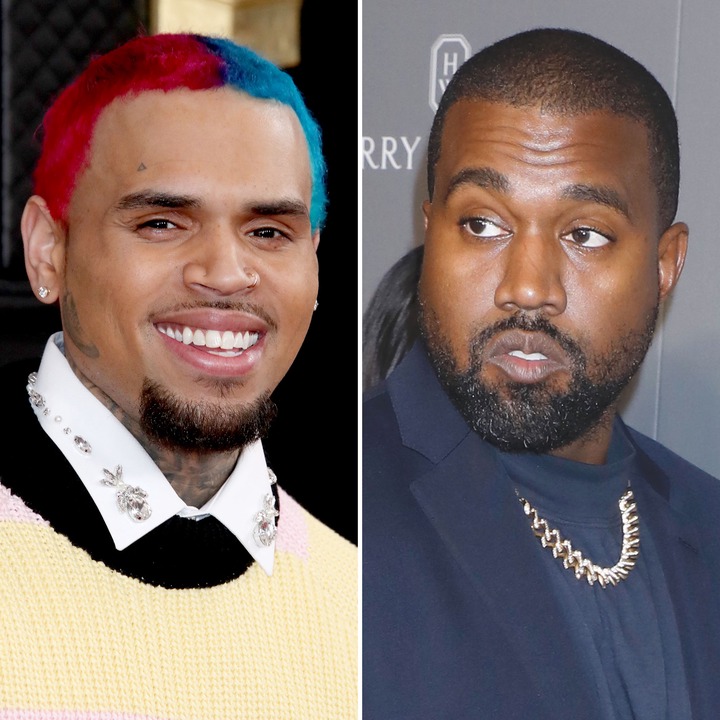