We remember Minky from "Yizo Yizo," Phumla from "Tshisa," Thuli from "Gaz'lam" and many more characters who were portrayed by Bubu Mazibuko, who was born in Soweto on the 13th of December 1975. 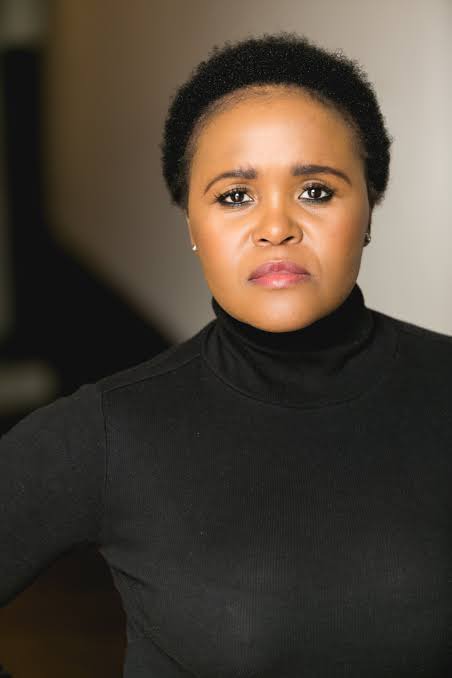 Many people might have been wondering what happened to Bubu, whom we last saw in a movie titled "Zulu Wedding", which was in theatres in 2019. I then did some research on her and found out some interesting developments in her life. 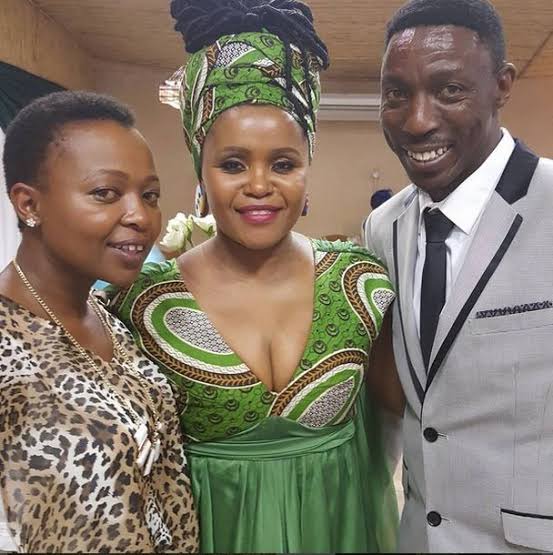 Bubu is doing very well and she is in one of the places where most people wish their lives could make it to. She currently resides in Los Angeles, in the United States of America, and she is still married to Langa Masina, whom she tied the knot with in 2017.

On the first of September 2020, one of the concerned citizens asked Bubu how she was doing since she had been absent from the screen for a while, and Bubu told him that she was in a better place. She said she is doing better than she ever did in her acting career in South Africa. She also told him that she had a timetable for her return, but she was having a quiet experience in the meantime. 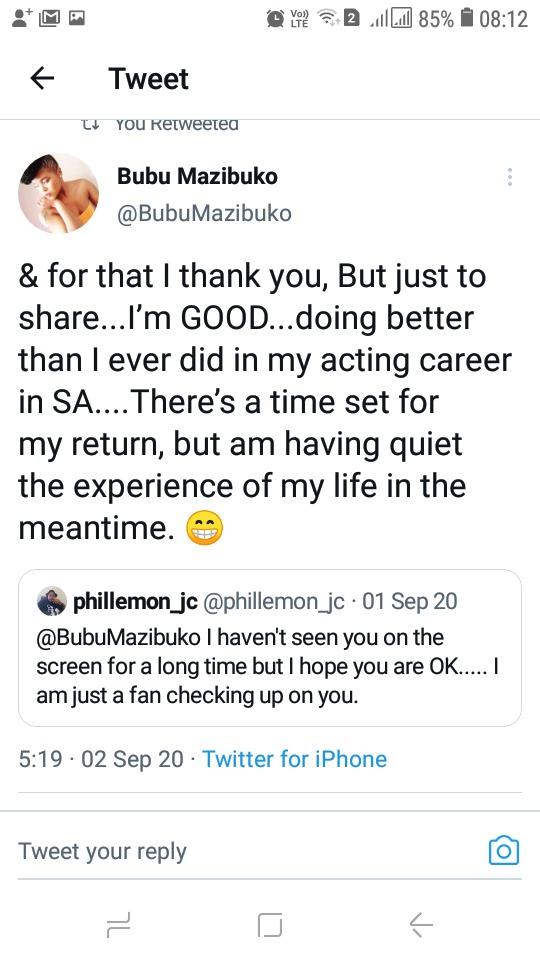 She looks like someone who is having the best time in America as she often shares photos in different places. She also shares videos taken with people she hangs out with. 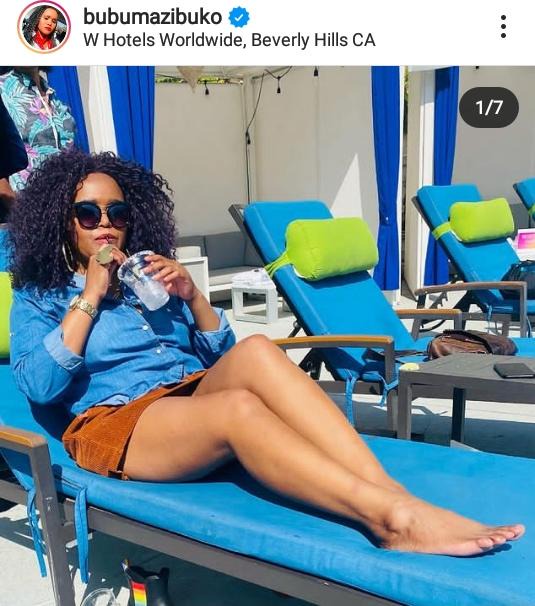 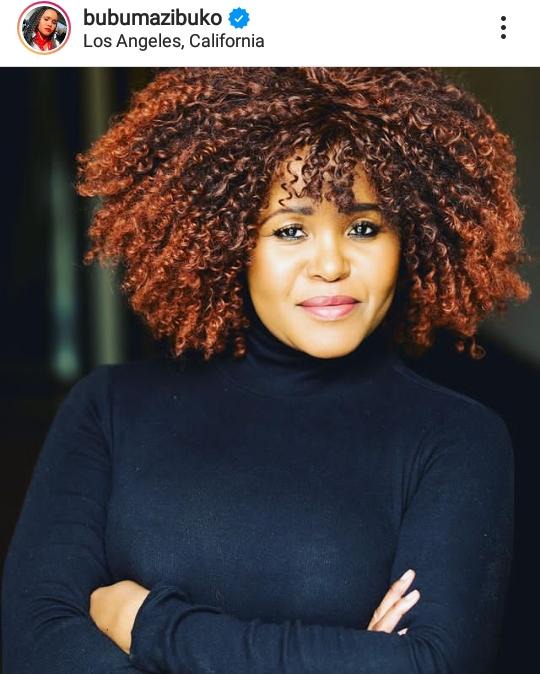 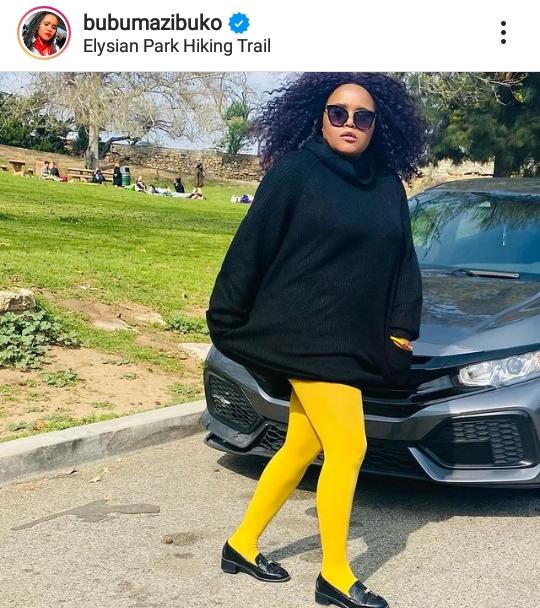 What I like about her is that she has not forgotten about where she comes from. She still shares photos of herself in Zulu traditional attire. She supports local artists, and she also shared a photo taken with the Yizo Yizo main cast as she was mourning the passing of Menzi Ngubane. 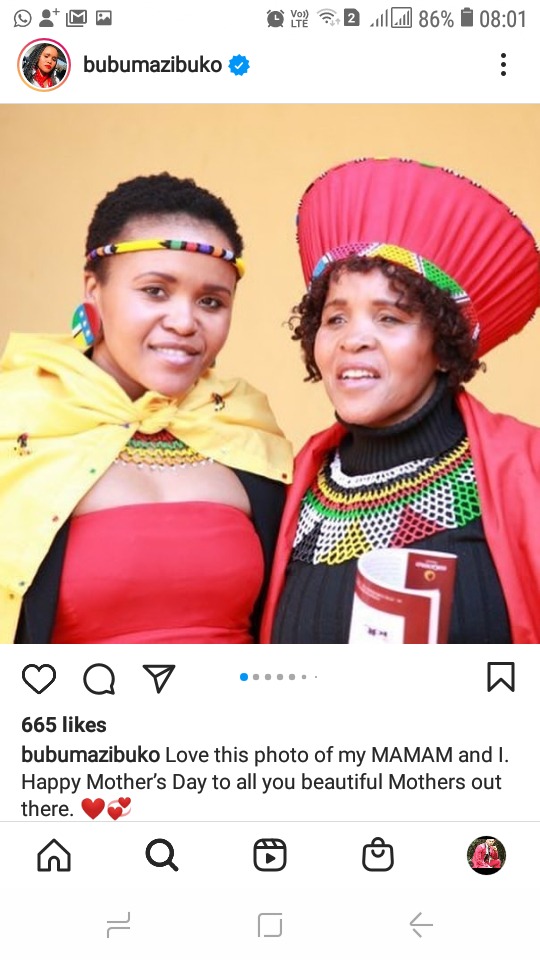 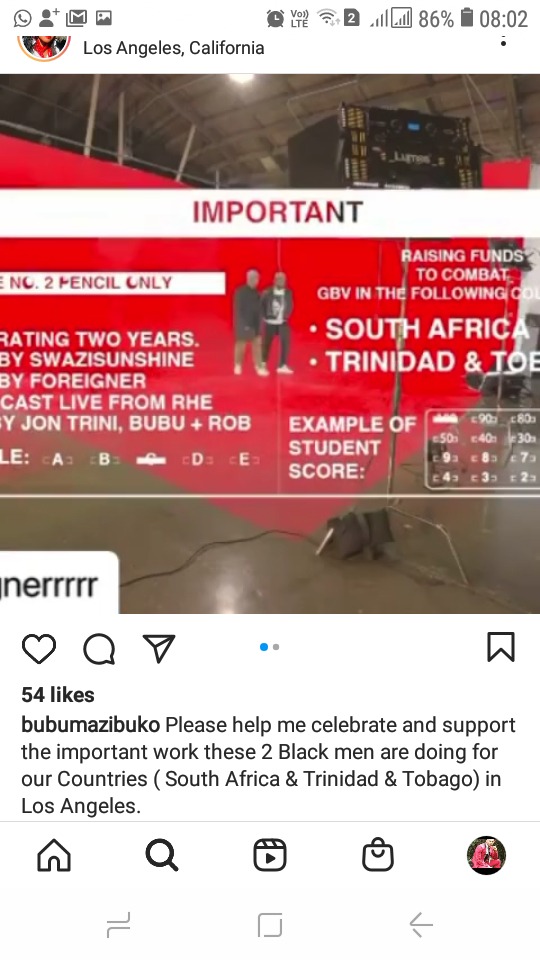 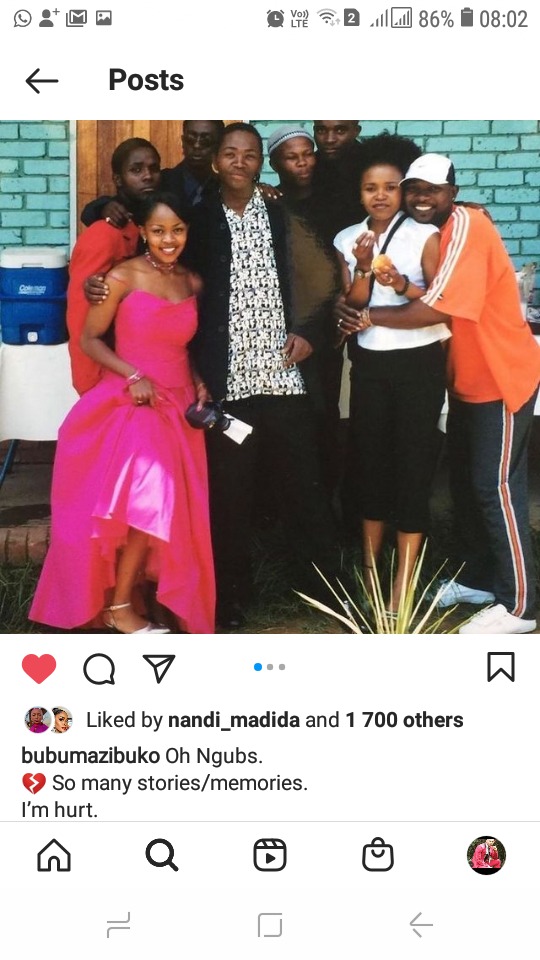 Bubu seems to be the person who was destined to be based in America. In 1993, she received a scholarship to study film at the New York Film Academy, but it did not work out as the sponsor passed away two weeks after she touched down in the states. She had to leave the academy, but that did not stop her from remaining in America to pursue other opportunities.

It is good to see our stars doing well for themselves without being hyped by the media. This shows that they are capable of handling and grooming themselves. Bubu has not been blessed with any leading role in South Africa, but she did manage to lead herself into green pastures.