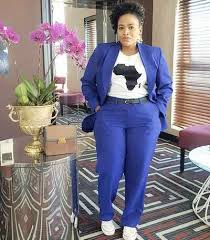 Overtime, Ayanda Borotho has become a figure of attraction because of the role she played in the SABC1 sitcom Nomzamo. Since she featured in season one to eight on Isibaya, her face has been registered in the minds of entertainment lovers and consequently she has become an actress that fans want to watch.

Borotho is a South African actress, public figure and social activist who has carved a niche for herself in the country's entertainment industry. Her role in Isibaya has shot her into the limelight because of the professional delivery of her lines. As an author, her book has further proven her to be a multi-talented personality with lots of valuable stuff to offer.

She is a South African actress and former model. Between 1996 and 1998, she was educated in speech and acting at Brettonwood High School. She then, obtained an intergrated marketing degree from AAA School of advertising from 1999 to 2001, specializing in strategic sales and marketing.

Borotho held an executive post in the corporate world, which she left off to pursue her passion for acting. Interestingly, the first significant role that she took up was in 1999, when she played the role of Thami, a school girl on Generations. She is also known for playing the lead role in the SABC1 sitcom Nomzamo, between 2007 and 2010.

Apart from acting she also does well as a presenter. She offered to host the SABC1 Gospel Music Show, Mzansi Revival Hour in 2014.

The actress was born on the 13th of January 1981. Borotho's family is one of the most cherished homes in town. Besides, giving a sneak peek into her home, Ayanda said she had a strict "No English Practice" in her home, which leaves her children with options of speaking isiZulu or seSotho at home.

The actress is happily married and it is evident to everyone. She is married to Filike Borotho, and he is an accomplished doctor. Interestingly, the two met while she was on set in 2012, and by the following year they were joined in a holy matrimony. Since they started their journey as a couple their marriage has been blessed with three children. 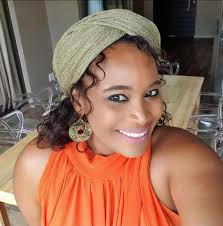 The North West Department of Education said the pupil disappeared and later this happened.