Rakgadi was denied entry at her own brother's funeral.

By Never_broke_again (self media writer) | 1 year ago 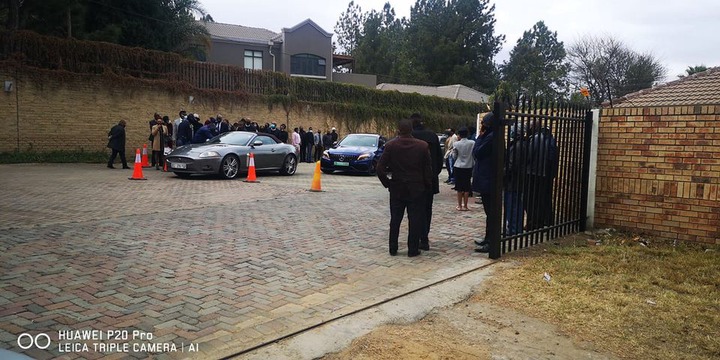 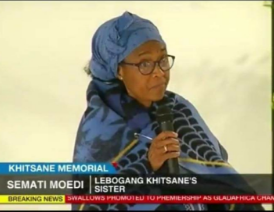 The popular Semati Moedi, who recieved praised over the weekend when she exposed her deceased brother's wife at his memorial service taht was aired on natioanl television. Semati who is now well known as Rakgadi on the twitter let the whole South Africa know on national television that his brothers wife brought another man into his house while he was at the hospital sick, so she blames the wife for her brother's death. 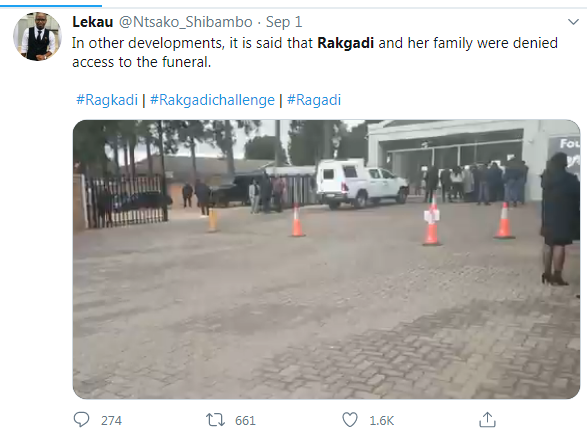 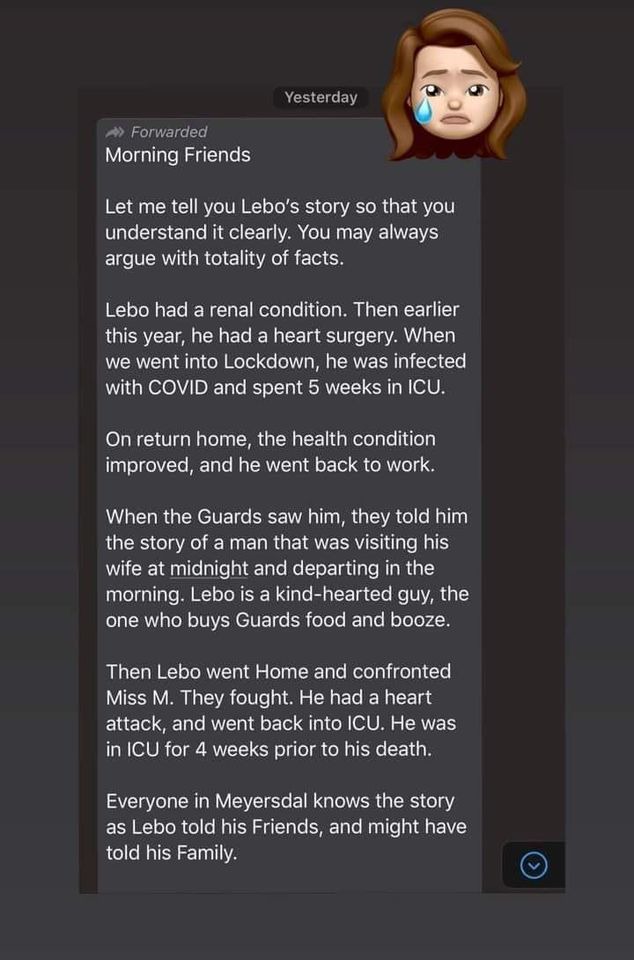 The wife of the deceased Lebohang Khitsane retaliated by denying Rakgadi's whole family entry at the funeral. The sad part is Rakgadi was Lebohang's sister by blood, in African tradition you are only attracting yourself bad luck by doing such. 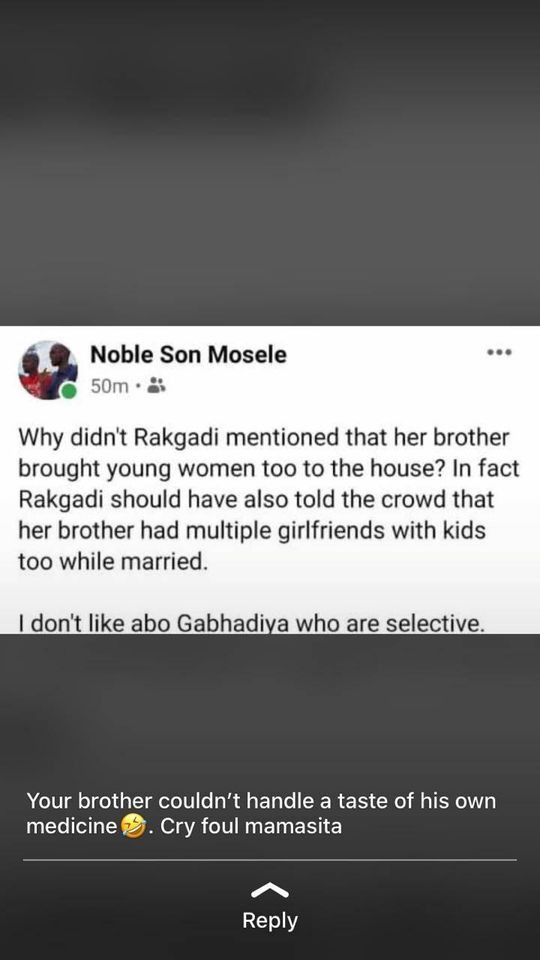 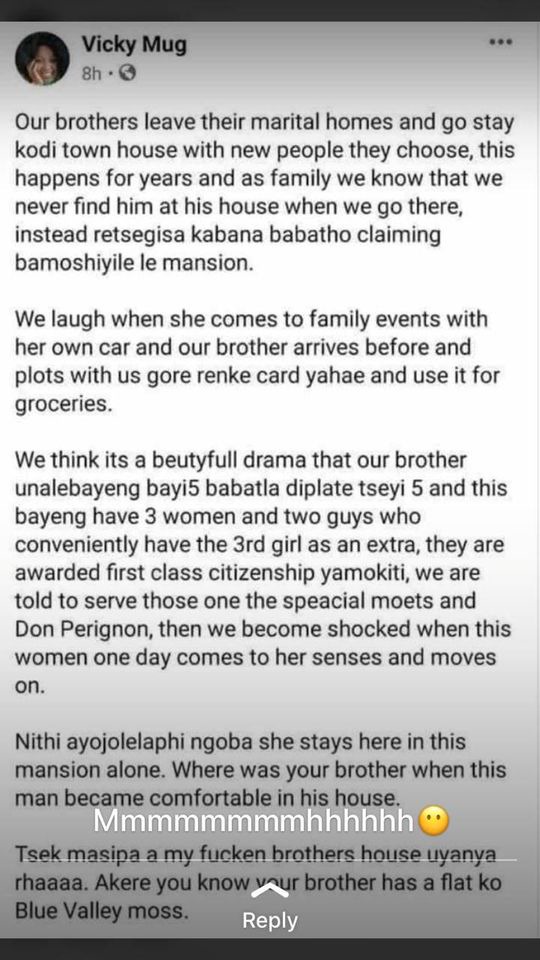 There is alot of speculation around the whole matter between Lebohang and his wife, to what could have resulted to him dying and his wife cheating. Rumor has it that Lebohang was also cheating on his wife and that he had a hild outside of his marriage so since he was rarely at home as he was at his apartment with his sidechick, his wife also got herself a man to tend to her needs according to his friend Isaac who posted a legnthy paragraph detailing the cause of his death, when Lebohang heard the news that a man had been coming in and out of his house when he was away his heart could not withstand the news and thus this lead to his heart failure. 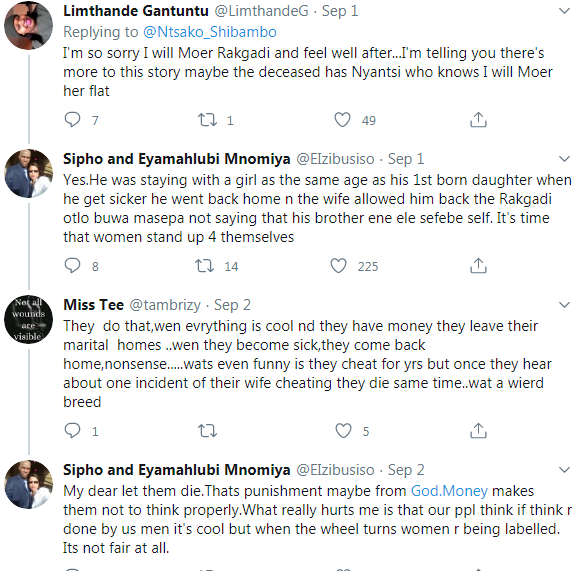 This did not sit well with his sister to hear that the wives cheating was the cause of his brothers death. So she used the opportunity on his memorial service to bring shame, and humiliate the wife who was seen on camera crying till she heard her laundry being aired on natioanl television, she then jumped and threw a water bottle at Rakgadi to prevent her from telling us the whole story. 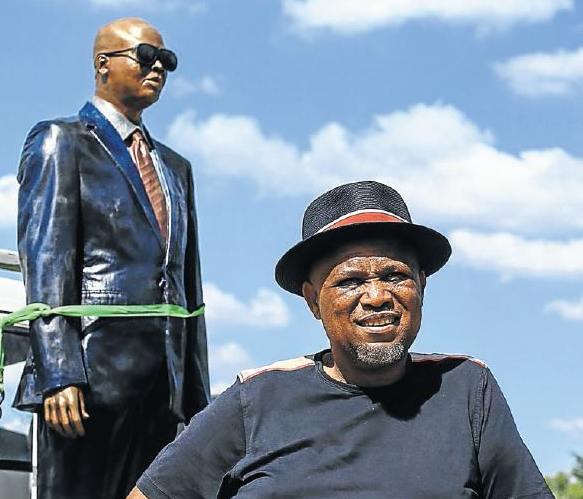 Lebohang Khitsane was a tombstone entrepreneur who has created tombstone for celebrities such as Mandoza, Joe Mafela and Robbie Malinga. He was recognized as a game changer in the tombstone industry.

Alot of people believe that Rakgadi was both right and wrong in this situation. She was right to stand by her brothers side and shame the wife for inviting another in her own husbands house while he was sick, she was wrong in the sense that according to the rumours his brother was also busy outside of his own marriage so he was no saint either.

Others assume Rakgadi did this because she wanted her brother to marry her friend who is now an ex of her brother and not the current wife, and that why does she not value the current wife as she contributed alot in her husband's business for it to become what it is today. 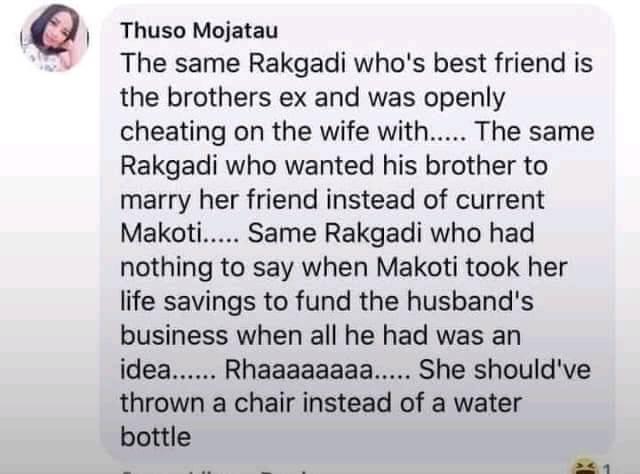 All we know is relationships will always be about two people, sometimes it is best not interfere because once those people sort out their personal differences you will be left looking stupid.

A great man like Khitsane surely deserved a better farewell than this.

Content created and supplied by: Never_broke_again (via Opera News )