Fans are ecstatic as the P-Square brothers reconcile after a five-year quarrel and embrace. 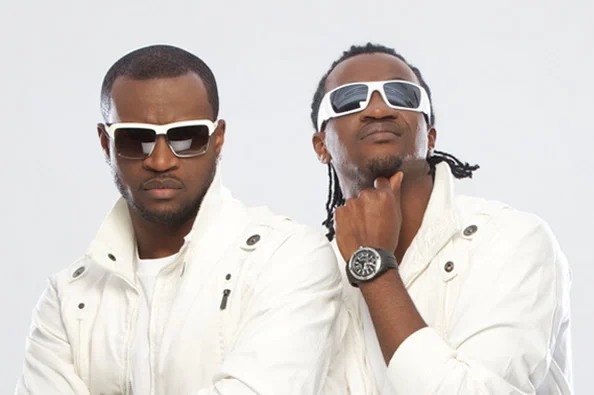 After years of family strife, it appears like the Okoyes' family is going to find harmony. Peter and Paul, the popular singing duet, were seen in a viral video embracing after years of feuding that caused their band, P-Square, to break up.

P-Square, their older brother and manager of the dissolved trio, was also seen greeting his twin brothers cordially in the video.

The brothers appeared to be thrilled to be in one other's company in a video released by prominent Nollywood actor, Mike Ezuruonye, and many around them were glad that the Okoye brothers shared a heartfelt embrace.

This event occurs just four days after the brothers re-followed themselves on Instagram.

Although the brothers have not given a clear reason for their 'beef,' which resulted in the disbandment of their group, much to the dismay of their fans, Paul's wife, Anita Okoye, shared a video on her Instagram page a few days ago showing Peter spending quality time with his twin brother's children in the United States while they went shopping.

Fans of the duo have reacted positively to the video, expressing their delight at what they believe to be a reunion.

"Peter and Paul dey be one not two," an Instagram user named chimaobi wonder commented, quoting one of their songs.

precious11132019, another Instagram user who commented on the video, pointed out that the brothers' reunion falls on their birthday. "Best news ever, and tomorrow is their birthday," she wrote.

kayode obayelu, an Instagram user, simply said a prayer for the brothers. He prayed, "May the Lord God Almighty bless and keep you both together forever."

Connie Ferguson's daughter lets her fans know that they spoil her for Valentine's day.