What Is Millionaire Oskido's Net Worth and What Does He Spend His Money On? 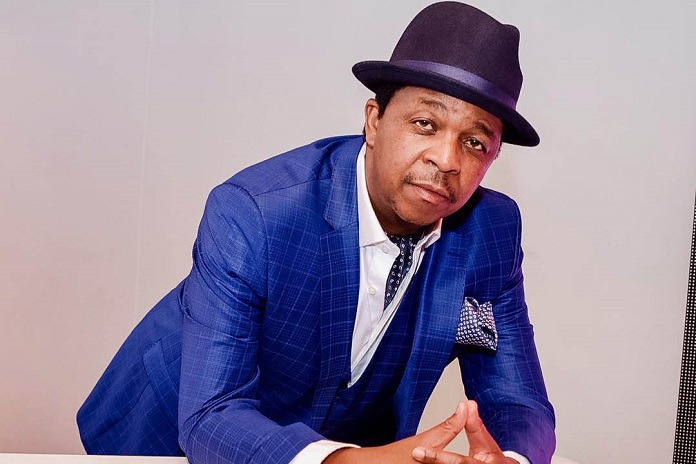 The majority of people enter the field of show business because they have a passion for it and a talent for it. They want to share their talent with the rest of the world while doing something they enjoy. They gain certain perks and rewards as a result of the procedure. One such reward is monetary, and it is not uncommon to see recording artists, DJs, and record producers amass massive fortunes. It's even better if you're in the entertainment industry and can play all three roles, like DJ Oskido, who has earned a net worth of R30 million over the course of his three decades in the business.

How Wealthy is DJ Oskido?

Oscar Sibongikosi Mdlongwa, also known as Oskido or DJ Oskido, has been a part of the South African music industry since 1989, when he was given the opportunity to stand in for the usual DJ at a club where he sold sausages, and he hasn't looked back since.

As a result, Oskido has established himself as one of South Africa's pioneers of the Kwaito sound. He was also instrumental in the birth of emerging sounds like Amapiano and the rise of genres like Afro-House.

More importantly, Oskido's work in the music industry has been extremely fulfilling. He has amassed a very considerable net worth as a result of his efforts and hustling. He is one of the wealthiest musicians in South Africa. His net worth is estimated to be above $2 million, or over 30 million rands, as of 2020. So, how did DJ Oskido get to be so wealthy? What did he do that made him successful?

Oskido Made His Money By Having His Hands in Different Pots

When you're worth $2 million, it's natural for people to ask how you came to be so wealthy. After all, it's a significant sum for most people. However, considering DJ Oskido's fame and the fact that he has spent almost 30 years in the profession, it is a pretty little sum.

Overall, 30 million rands is not an insignificant sum. Not when you're in a brutally competitive industry like music, where you're one of the wealthiest DJs and overall musicians in South Africa. DJ Oskido has amassed his riches over the course of three decades from a variety of sources, including:

DJ Oskido's net worth is primarily derived from his work as a recording artist. Oskido was meant for the big dollars, from remixing already made sounds and adding his own flavor to releasing his own sound. He originally gained a following in Johannesburg while recording in the studio.

His fanbase spread to other parts of South Africa after he released his first cassette compilations, Mixmaster and Big Jam. Under the umbrella of Brothers of Peace, he teamed up with Bruce 'Dope' Sebitlo. Between 1994 and 2004, they recorded and released eight albums together. Traffic Cop, a Kwaito classic, is among their discography. Project A and Zabalaza: Project B were groundbreaking Afro-House productions that won him accolades and, of course, a lot of money.

After Louie Vega remixed the "Zabalaza" title tune, it became a global hit on dance floors all over the world. He has issued over 15 compilation projects since then, ensuring that he continues to make a lot of money. In the industry, there's a lot of talk about endurance and durability.

Despite making a lot of money as a recording artist by producing compilation albums, DJ Oskido keeps his first love, DJing, alive. He earns money by performing his craft at various events, parties, and even nightclubs.

Because he is in high demand, it is obvious that his fees will not be inexpensive. Due to their various obligations and relatively high charges, celebrity DJs are notoriously difficult to book for performances. So, if you see DJ Oskido performing at an event or party, know that his bank account is bulging with cash and his net worth has skyrocketed.

DJ Oskido is also a music producer. He co-produced eight albums with Bruce Sebitlo and has since received production credits for some of his label's musicians. It's yet another way for the North West Province's multitalented DJ to make more money.

If you want DJ Oskido to produce a record or track for you, be prepared to pay a large sum of money to put his passion and determination to the test.

I Believe with Oskido, a radio show hosted by DJ Oskido, airs on Metro FM. Every Saturday afternoon from 3 to 6 p.m., it airs. He is compensated for this presentation, which is an additional source of revenue for him. It's also a possible money source for the artist because it exposes him to potential clients.

Oskido Has Also Been Succesful as a Business Man

One of the most sustainable ways DJ Oskido has increased his net worth is through entrepreneurship. He is a successful entrepreneur who has established a number of profitable businesses. Kalawa, the music label he co-founded with Christos Katsaitis and Don Laka, is one of his most successful enterprises.

It was founded in 1992, and in 1995, it joined with Trompie's Jazmee to form Kalawa Jazmee. This label has always been at the forefront of South African youth culture. Top acts such as Mafikizolo, Winnie Khumalo, Busiswa, DJ Zinhle, Uhuru, and Professor have all benefited from it.

These top performers have had a lot of success in their professions, which means Kalawa Jazmee makes a lot of money, which means more money for DJ Oskido.

Outside of his label, Wally Polly signed a partnership with the National University of Science and Technology #'s Technopark in 2014 to administer the Masilela Beer Garden, which was formerly leased by the Ingwebu Breweries.

A Quick Recap of DJ Oskido’s Leading Sources of Wealth

DJ Oskido’s Acquisitions and Lifestyle Show That He is Wealthy

DJ Oskido is a man who enjoys splurging on the finest things in life, which should come as no surprise. When you're wealthy, your taste buds expand, and your level of living rises with it. DJ Oskido is no exception to this rule.

Following the entertainer on social media allows you to see him show off his life, which is unquestionably lavish. So, where does DJ Oskido spend the most of his cash? They are as follows:

He Owns a Number of Exotic Cars 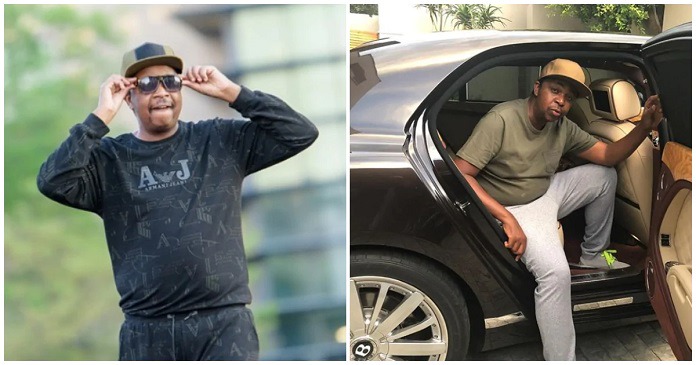 While little is known about DJ Oskido's car collection, it is clear that he enjoys driving some stunning automobiles. He owns a Mercedes S-class as well as a Bentley.

DJ Oskido appears to be willing to splurge when it comes to obtaining himself a ride, as both are in his hands.

When you own a Bentley and a Mercedes-Benz S-class, it's only natural to want a home that reflects your wealth. When DJ Oskido bought his mansion in Carlswald, Midrand, he was thinking along these lines. It is a lavish residence with a large lawn and swimming pool.

He wasn't satisfied with that, so he resorted to social media to flaunt his most recent acquisition, a beach property. He made sure to thank the folks who booked him well enough to make the purchase as well, as he was not one to forget the source of his fortune.

The DJ Loves to Travel

Traveling the world and enjoying what nature has to offer is another way DJ Oskido spends his net worth. His social media pages are littered with photos of him having a great time in various countries. He's visited destinations like Bali, Botswana, and other European countries.

His favorite location, though, is Brazil, where he was awestruck by the people's love and appreciation for cuisine. When you're as wealthy as DJ Oskido, you can always stop by your favorite restaurants for a quick bite to eat.

Popular Sangoma Showed What She Dreamt Of 7 Years Back And What Happened After Those 7 Years Passed.