Sithelo Shozi is a South African media personality, DJ, fashionista and influencer. She was born and bred in Kwa-Zulu Natal on 17th of April 1994 in the coastal of Kwa-Zulu Natal province at Umkomaas her mother is Hlengiwe Precious Shozi who us the minister of Ethekwini municipality, she has a, 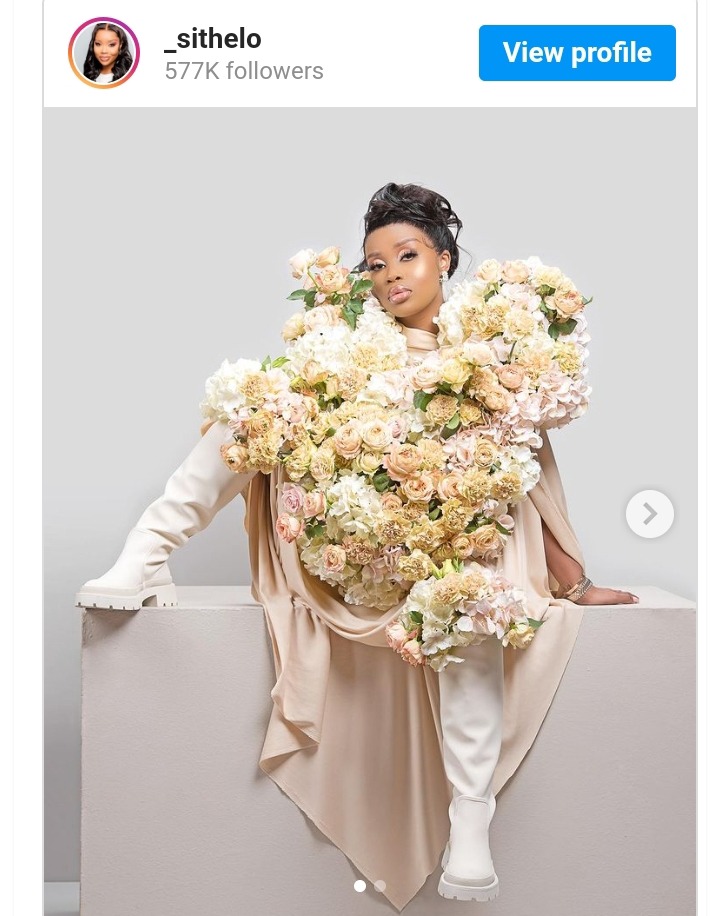 Sister she is close with. She studied Bachelor's degree in Political theory at the University of Kwa-Zulu Natal. She also graduated at POW Academy for DJ'ing. She has 3 children first son from her first public relationship with Phil who was married to Uyathandeka Sibiya. She had her 2 other, 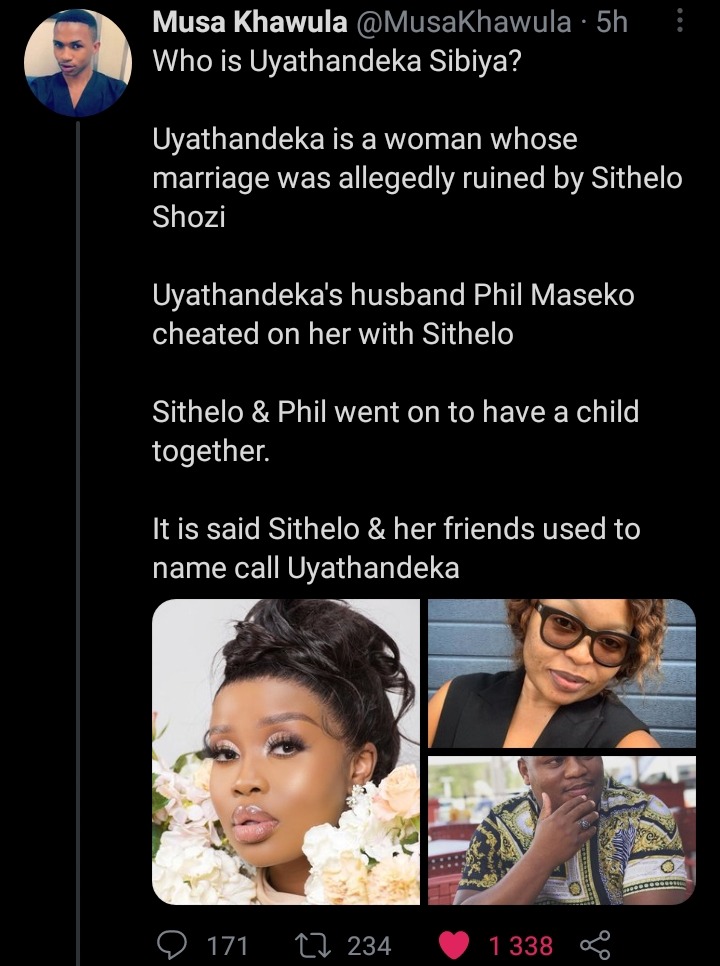 For about 4 years as she started started dating him when she was about 17 years of age. They broke up in December 2021 and days after Andile married Tamia Mpisane (nee Louw), by the look of the pictures that were posted by Tamia on the 1st month anniversary it,

Is proof that Andile asked Tamia to marry him when he was still with Sithelo and she was pregnant with their second baby Coco and also paid for the Lobola when they were still together. Her then boyfriend Andile Andile moved on with his pregnant wife Tamia, every time Andile, 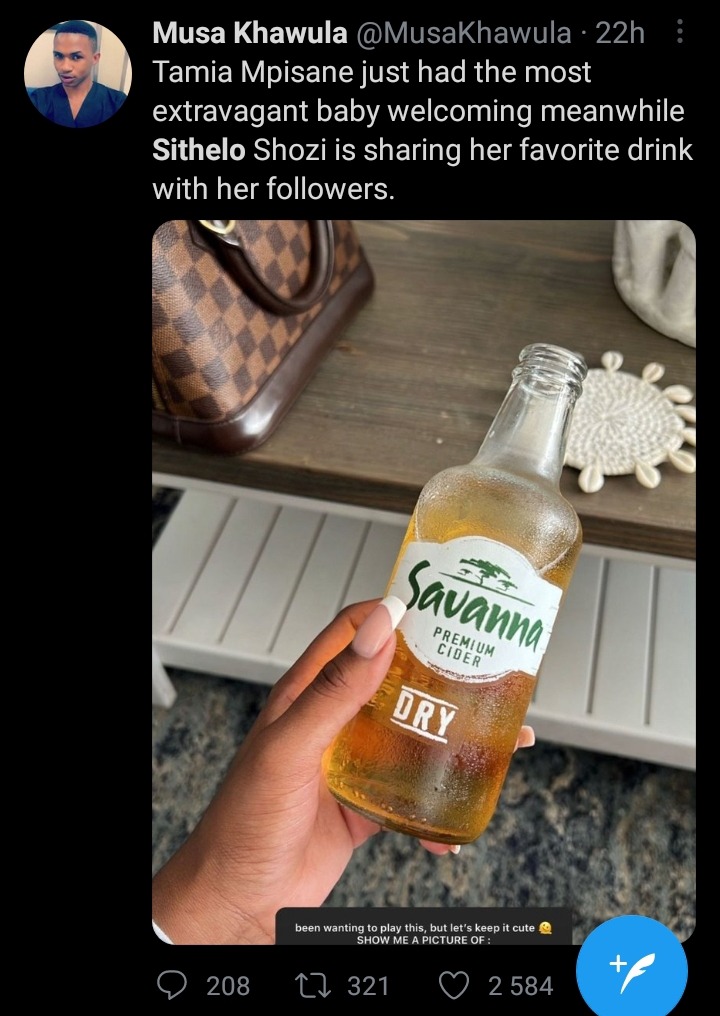 And his wife trend or make headlines Sithelo is always putted at the top of it. Soon after Tamia's Homecoming celebration party for delivering her first daughter, Sithelo became a conversation and was reminded that people should not feel pity for her because she also once dated a married man, 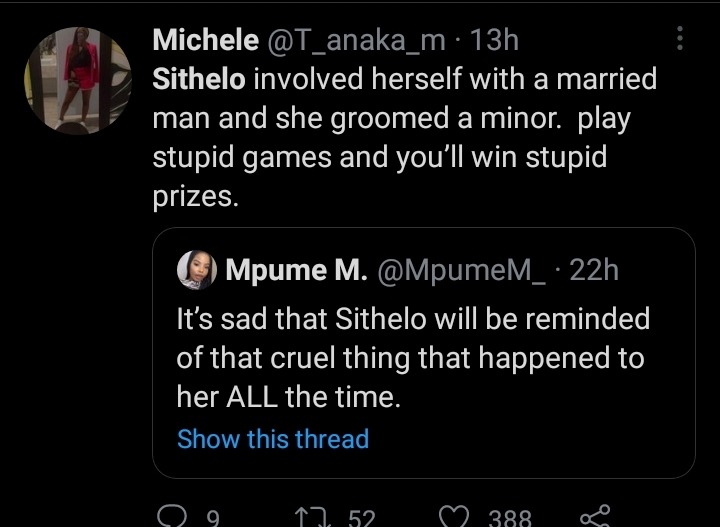 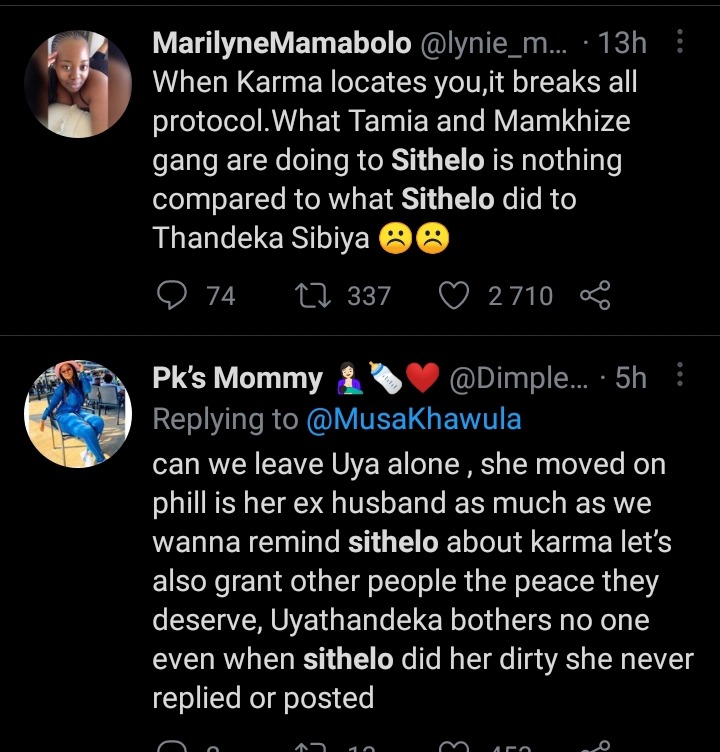 That Sithelo is getting was she deserves or rather Karma because of what happened when she was in her early 20's. Sithelo said she will never stop doing what she think is the best for her. 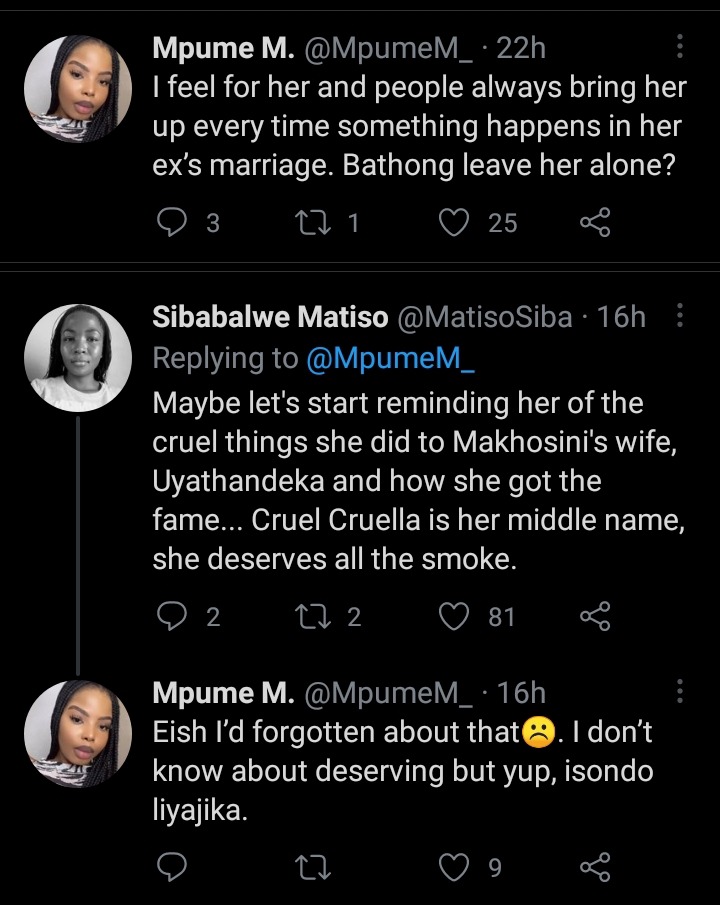 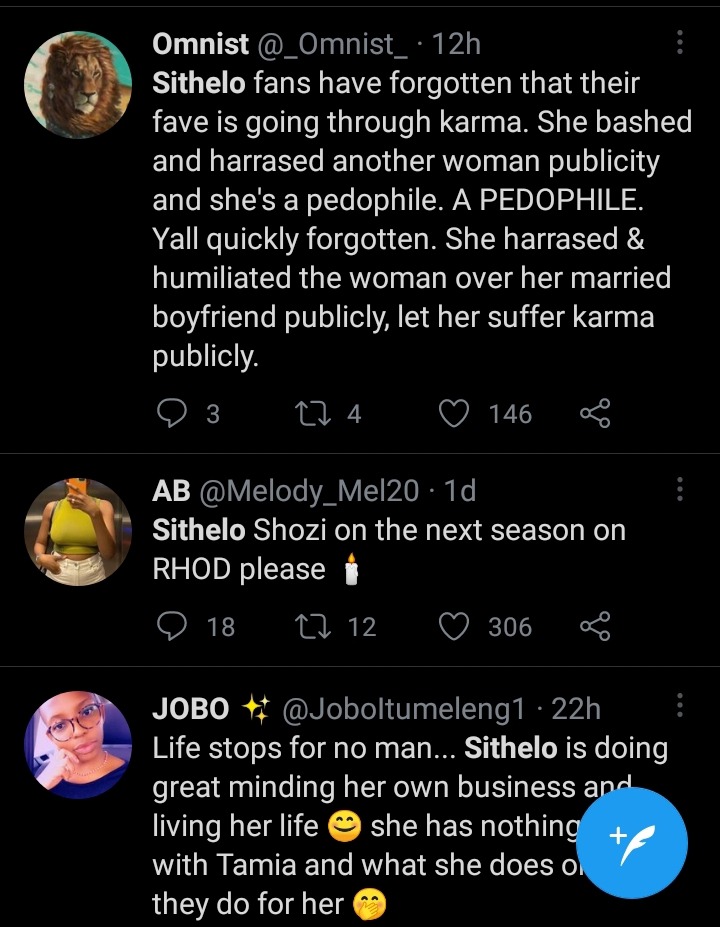 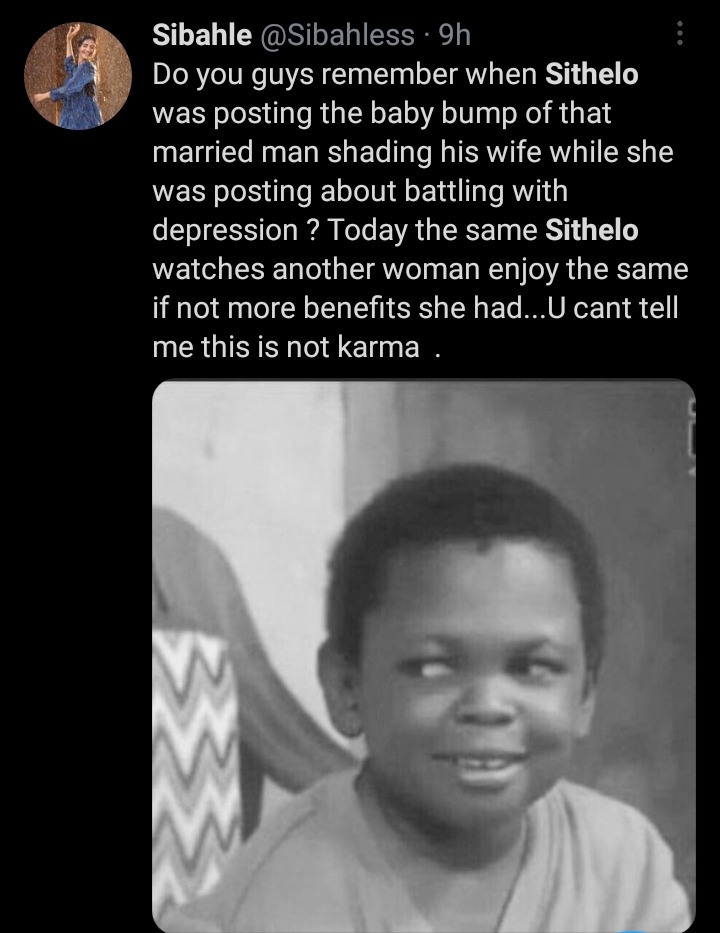 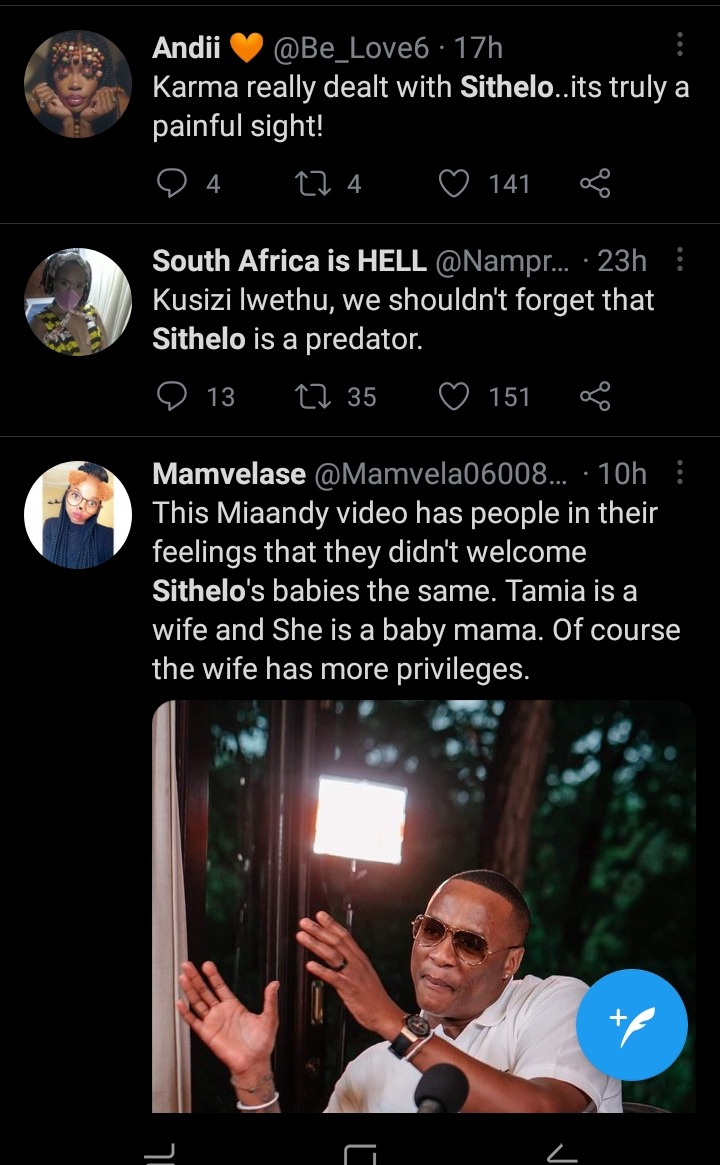