8 Horror Movies That Forced You To Answer Impossible Questions

Would You Kill Your Loved Ones To Spare Them A Worse Fate? - The Mist 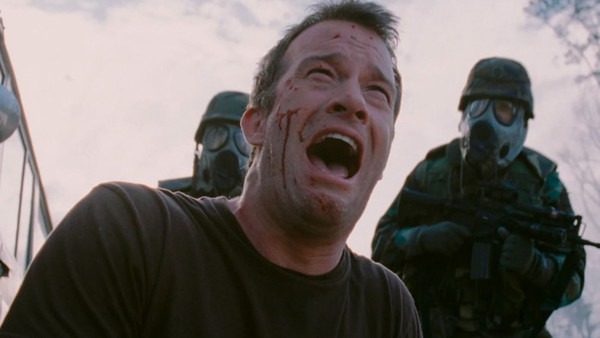 The Mist, directed by Frank Darabont, follows David Drayton (Thomas Jane) as he tries to survive an invasion of Lovecraftian monsters on Earth.

When their car runs out of gas shortly after driving past a giant, skyscraper-sized monster, David and a small group of fellow survivors, including his eight-year-old son Billy (Nathan Gamble), are left completely forlorn.

Because humanity appears to be condemned to fall to the aliens, David and his fellow adult survivors agree to a suicide pact in order to avoid the horror of being torn apart by the invaders.

David murders the three other adults, but most painfully of all, he also kills his son.

Though the situation for David is much worse - he discovers that the military was just minutes away from taking control of the invasion before he can do himself in - the ending still provides intriguing food for thought.

In a terrible situation, could you bring yourself to "euthanize" your loved ones to save them from a potentially horrific death, or would you rather wait for aliens to tear them apart?

Even if all hope is lost, it's an impossible choice to make, and one that will follow you for the rest of your life.

Would You Let Someone You Don't Know Die For A Million Dollars? - The Box 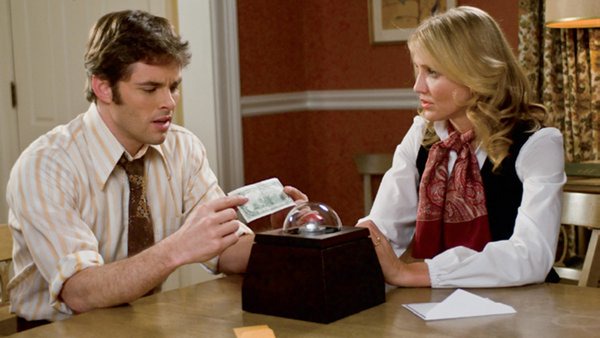 Richard Kelly's 2009 film The Box, directed by Donnie Darko, was based on a stunningly simple premise: if someone came to your house and offered you $1 million for pressing a button, but clicking the button would kill one person you didn't know, would you do it?

Despite the fact that modern culture is well aware of the monkey's paw - that is, wishes coming true at a significant cost - the fact that pressing the button would murder someone completely unknown would allow many people to sleep well at night under the maxim "out of sight, out of mind."

Although $1 million is no longer a huge sum of money, it is still a significant amount of money for most people, and the temptation would be difficult to resist.

While the film eventually abandons this intriguing dilemma in favor of a less interesting one, it's still a terrific provocation.

Even if you know that the death will have a negative influence on your own life due to causality, many people will refuse to accept that a random human life is worth more than $1 million and will gleefully press the button.

Could You Kill Your Child If You Thought They Were The Antichrist? - The Omen 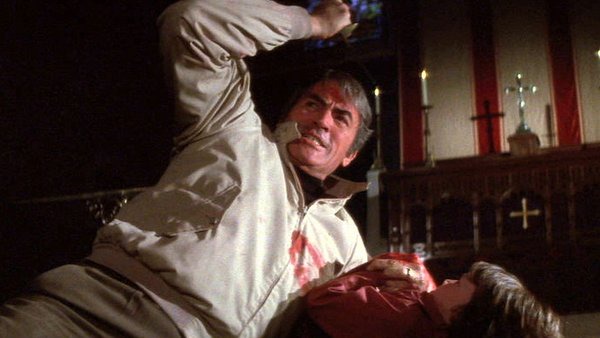 OK, now we're really going into the weeds. The Omen is a horror film starring Gregory Peck as American diplomat Robert Thorn, who believes his son Damien (Harvey Spencer Stephens), who is adopted, is the Antichrist.

With so much evidence pointing to his son being Satan's progeny by the end of the film, Robert takes the drastic step of stabbing Damien to death inside a church with a ceremonial knife.

However, he is stopped by the police, who shoot him dead after seeing him preparing to stab a "innocent" child.

In the end, killing Damien was the correct thing to do in the broad scheme of things, but no one will ever believe you or appreciate you for it.

If you're not killed on the spot like Robert - who, regrettably, was unable to accomplish the awful task - you'll spend the rest of your life in prison, and history will remember you as mentally unstable at best, and an absolute monster at worst.

Even though this is one of the few scenarios in which child murder is the best conceivable course of action - compared to simply allowing the Antichrist run amok on Earth - killing a child would still be extremely difficult for anyone's soul to bear.

It's one thing to say you're willing to do it, but really stabbing a child, especially your own son, takes a different degree of resolve that many people lack.

Would You Buy A Bargain House If An Entire Family Was Murdered In It? - The Amityville Horror 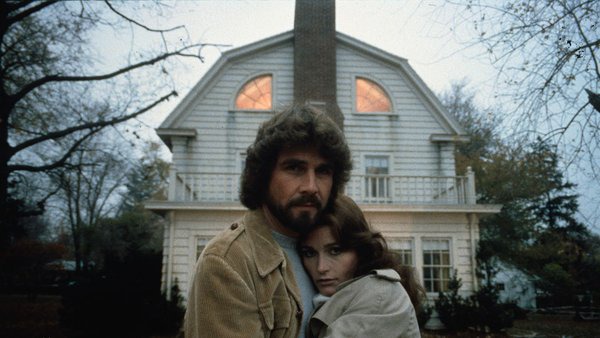 The Lutz family moves into their dream home that they managed to steal at a reasonable price in both the original 1979 The Amityville Horror and its 2005 remake.

However, the transaction was made after a heinous crime was perpetrated there a year before: a guy slaughtered his entire family in the middle of the night.

While there is no evidence in real life that supernatural powers can possess a person and force them to murder their family, no one could be faulted for not wanting to reside in a house where six people were murdered just a year earlier.

Even a large discount may not be worth it in the end, given the house's past and the potential for it to become a ghastly tourist attraction.

However, money talks, and if you can get a huge mortgage decrease while keeping your dream home's dreadful past out of your mind, you'll be that much closer to being mortgage-free and possibly even able to retire early.

Could You Cut Off Your Own Foot To Survive? - Saw 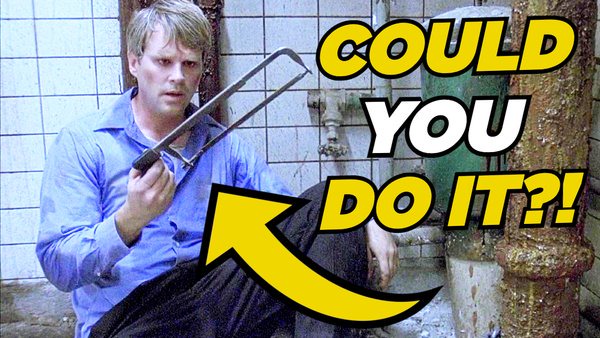 Despite what the filmmakers would have you believe, there aren't that many heartbreaking situations in the Saw trilogy. The initial picture, however, poses the most challenging question because of its constrained feeling of simplicity in comparison to its successors.

A desperate Dr. Gordon (Cary Elwes) chooses to cut off his foot to get out of Jigsaw's (Tobin Bell) filthy toilet at the end of the film.

As audience members, we immediately empathize with Gordon and wonder if we could commit such a self-destructive deed in the name of survival.

It's easy to suggest that you'd chop your foot off to make your escape out of pure survival instinct, but it's a lot tougher to do in reality, especially successfully.

It's vital to remember that Gordon was a medical doctor who knew just where to cut his foot and how to wrap a tourniquet to save his life.

Even then, without medical help, almost anyone would bleed dead rather fast, so there's a lot more to consider than simply the physical act of slashing your foot, which for most people would be akin to suicide due to the small possibilities of surviving.

However, the alternative could be festering in a lavatory until you pass out from thirst, so dying of blood loss is arguably the more humane of the two options.

Or, like Detective Matthews (Donnie Wahlberg) in Saw III, you could get creative and bash your foot into an unrecognizable mush to free it from the shackle.

In any case, it's a lot easier said than done. It would take a lot of luck and fortitude to make it to safety without first succumbing to your injuries, but dying of thirst is no fun either. 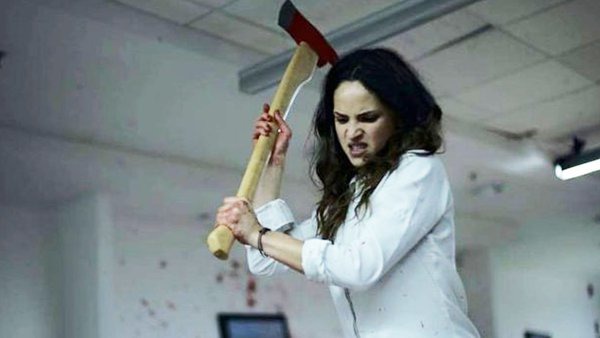 The Belko Experiment is based on the gloomy premise that 80 employees arrive at work and are told that they must kill 30 of their coworkers over the next two hours, or else 60 employees will die at random due to explosive tracking devices placed in their heads.

This is plain old-fashioned utilitarianism at work: doing something, no matter how horrible, that results in the best outcome for the greatest number of people. Either people participate effectively and 30 people die, or they refuse and 60 people die.

It's simple math from that perspective, but taking a life is significantly more complicated, so each person must determine whether they have what it takes to kill someone in order to save 60 lives.

Or would you refuse to participate as a final act of defiance, fend off the inevitable assailants, and accept your fate? There's no simple solution, other than hope that others will do the hard work while you hide somewhere.

The entire scenario is an ethical nightmare with no clear solution, because who should decide who lives and who dies?

Are you willing to take matters into your own hands, or will you refuse to participate in a "experiment" that will leave your soul irreversibly tainted even if you survive?

Would You Take Part In The Purge, And If So, How? - The Purge 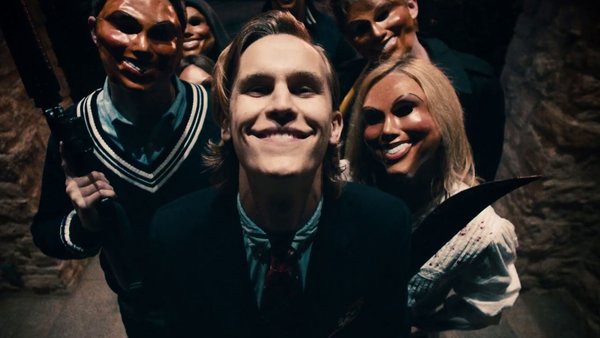 The Purge franchise may be flawed, but there's no doubting the intriguing nature of its intriguing premise, which provides plenty of moral fodder.

All crimes, including murder, are legal for 12 hours on annual Purge Night, and audiences are encouraged to evaluate whether they would feel compelled to rob, kill, and so on under the guise of legality, or simply lock down for the night and hope for the best.

It's simple to say that most civilized people would never participate - or, at the absolute least, would not kill anyone - but it's also true that many people's morality is defined solely by what is allowed.

As a result, with constraints loosened for the time being, we may not all be as virtuous as we believe.

That's not to say we'd all start murdering our rivals, but what about stealing high-end stores and busting open ATMs?

Even if simply being outside on Purge Night is a tremendous, massive danger that would certainly dissuade many from partaking, it's significantly more plausible.

It's more likely that white collar crime would flourish during those 12 hours, with hacking, cyber theft, and stock market manipulation commonplace.

Even yet, don't be surprised if you find some unsavoury truths about your friends and family that you wish you had never known if a Purge took place in real life.