By RealGist4Real (self media writer) | 9 months ago 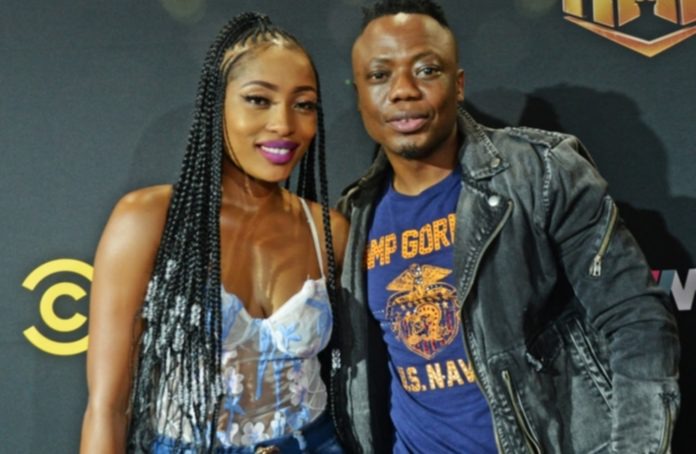 Because of the efforts of talented performers like DJ Tira, the South African music business is one of the best in the world. Mthokozisi Khathi, a Kwaito performer, is a South African record producer, DJ, and all-around entertainer whose real name is Mthokozisi Khathi. He is well-liked in the entertainment industry, and his affection has extended to his significant other, Gugu Khathi, who rose to fame after marrying the DJ. Despite the fact that they married in 2013, the pair has been together for much longer. We go into their love story as well as the children born from their union.

While DJ Tira's age is public knowledge, as he was born on August 24, 1976, in his hometown of KwaHlabisa, KwaZulu-Natal, South Africa, it is unknown when his wife was born. We only know that she celebrates her birthday every year on October 25th, and that her husband never misses a chance to brag about her.

The two's age difference has never been an issue, and while Tira is clearly older by many years, it is not a big one. Gugu appears to be in her thirties, although her spouse is in his forties. Gugu Khati was born and reared in Soweto, Gauteng, South Africa, which is extremely different from where her husband spent his formative years, but the two eventually met.

They Dated For 18 Years Before Their Wedding In 2013

DJ Tira and Gugu Khathi are undeniably one of the cutest duos in the South African entertainment business. Despite their celebrity, certain information about their personal life are kept hidden from the public eye. This is most likely due to his wife's rigorous privacy regulations, which may have contributed to their relationship's success. 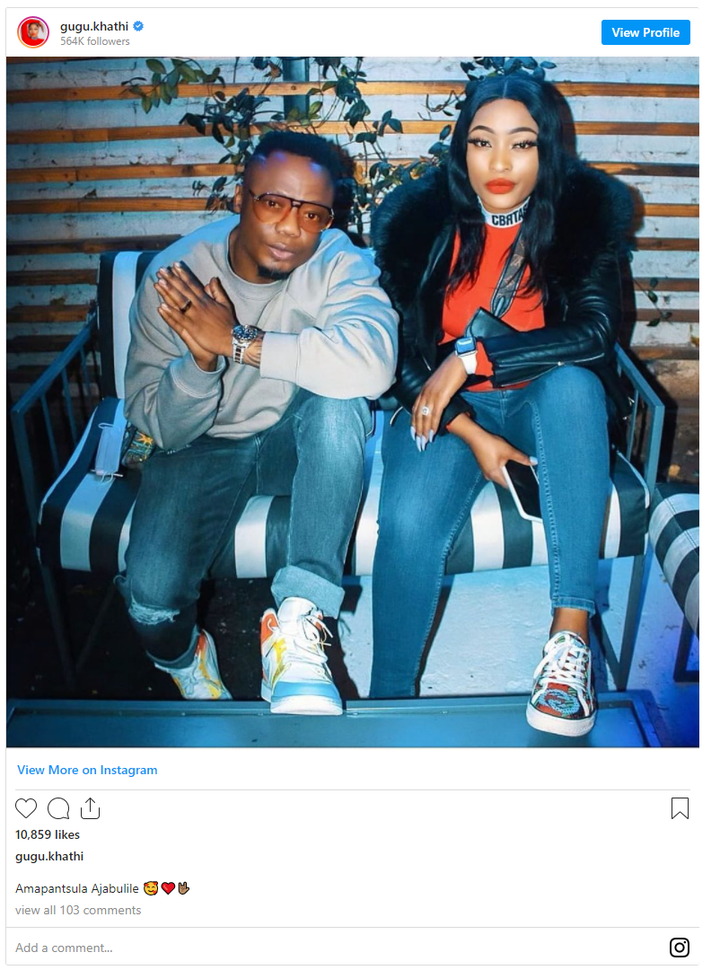 However, it is clear that they met at a time when DJ Tira was not well-known. It was about 18 years later, in 2013, that they made their union official. They stuck with one other through thick and thin, supporting each other in their varied undertakings. Tira always gives his wife credit for his professional success, and the two have shown that famous marriages aren't necessarily bound to fail. DJ Tira dreams of growing old and spending the rest of his life with his wife and children. Gugu is a successful businesswoman, yet despite their prosperity and hectic schedules, DJ Tira and his wife manage to spend quality time with their family.

Gugu Is Not The First Woman DJ Tira Married

Before Gugu, DJ Tira was married to a woman named Lale Ngcobo, and they now live in a serene house as one of SA's lovely couples. Without knowing how or when the marriage began, it didn't endure long before Ngcobo's nefarious schemes drove them apart.

According to the information that has spilled regarding their relationship, she used muti on Tira to ensure that he would always be by her side. She went to a sangoma to concoct a love potion, which she allegedly used on her spouse. DJ Tira's soiled socks were necessary for the procedure. However, his family became aware that something wasn't quite right at some point and sought explanations. Tira filed for divorce in 2009 when another sangoma reported what Ngcobo had done. The marriage only lasted two years before it ended.

Lale Ngcobo was last seen in 2015 in KZN, where she worked as a bartender, and her condition was not good. Surprisingly, Tira is eager to provide a hand in assisting her in regaining her footing. DJ Tira keeps that portion of his life in the past where it belongs, therefore it's unclear how the former couple's relationship is now.

DJ Tira and His Wife Are Parents To Three Children 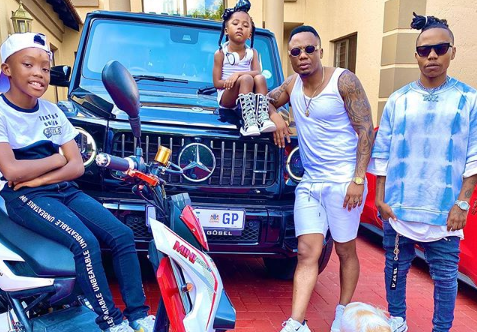 Tira and his kids – image source

In their more than two decades of marriage, the singer and Gugu have welcomed three children into their household. Junior, Chase, and Chichi Khathi are the names of their three children, two boys and a girl. Junior is now an adult, indicating that they had their first child before they married.

The family is constantly posting joyful pictures on social media, and they appear to be living their best life. DJ Tira's two boys are already following in his footsteps, with the first making significant progress in the music industry.

Junior Khathi caught the music bug after accompanying his father to the studio, and he is currently pursuing a career in the industry. He was just 13 years old when he expressed an interest in what his father works, and he was ecstatic when Tira eventually took him to the studio. Junior currently goes by the stage name Tank the Rockstar, and he has been performing in South Africa and neighboring Swaziland under that identity. His career appears to be taking shape, but his father is not pleased.

DJ Tira wants his kid to graduate from college, where he is pursuing a degree in sound engineering. He wants his son to complete his education before entering the industry. He clearly wishes to safeguard his children from the risks of becoming engulfed in the wild world of music. Nonetheless, Junior's father, a father of three, is pleased of his son's achievements thus far and is eager to assist him. Junior, Tira said, has a better singing voice than him and can also rap. Junior is looking forward to additional collaboration between his father and son on future projects.

The obvious fact is that there is no comparison, but the young guy is serious about his craft. DJ Tira has been in the business for over 20 years and has helped to put South African music on the map around the world. Junior, on the other hand, is still in his early stages as a musician, but he has a bright future ahead of him.

Junior claims that he is not competing with his father, and that Tira's success does not bother him. In the future, he wants to be his own man, not someone who hides behind his father's illustrious reputation.

“I don't aspire to be my father; I enjoy what I do, but I'll never be able to compete with him. He is a genuine rock star. He's been doing this since 2000, and each hit he publishes has been a success. He's a master at what he does.”

Condolences For Nomzamo Zikode As She Looses A Mother-In-Law

Twitter buzzes after 15year Olds are seen drinking Alcohol. Check this out