Biography about the life of Imbewu actor Phakade in real life

By PainkillerBibi (self media writer) | 27 days ago 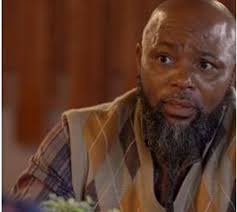 Sandile Dlamini is a South African actor currently playing the role of Phakade on Imbewu and he is probably the man with the longest beard on TV. His signature look is not only stunning trait he has. He has managed to steal the hearts of Imbewu viewers.

2. What does he do? He joins the entertainment industry in his later years but is acting game is on point. The actor has a fee roles to his name but he has excuted each one of them flawlessly.

3. The actor featured in The Bush Knife in 2015, where he gets his prominence. He lands his next role on Stokvel playing Little Jerry. His flair sees him landing a starring role on Imbewu.

4. Is his beard real? Real or not, the long beard is his signature look.

Look at how big one of the world most mysterious animals located under water is.

Look at a rare dog that has no known location and is difficult to locate.

The Taxi that was Swept by floods has been found empty